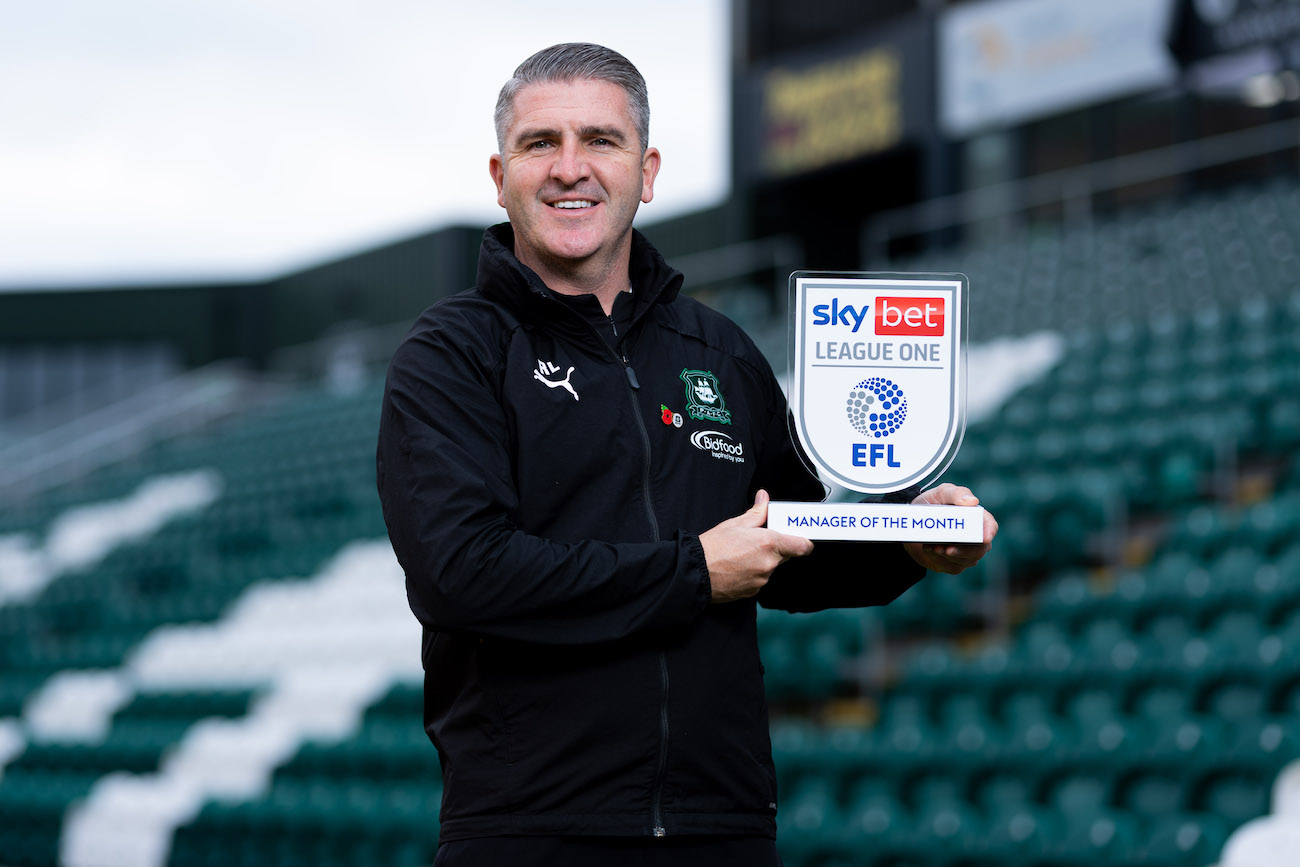 Lowe Wins Manager of the Month

Argyle manager Ryan Lowe has won the Sky Bet League One Manager of the Month award for October.

The Greens’ boss managed the team to an unbeaten month, securing four wins and two draws to take the Pilgrims to the summit of the division.

It is Lowe’s first Manager of the Month award at League One level, and his fifth across his managerial career. Alongside the January 2020 League Two award for his exploits at Home Park, he received three awards during the 18/19 League Two season at Bury.

Lowe said: “I’m delighted to win the award, but it is not just recognition for me – it also reflects the work done by my back-room staff, players, our fans and everyone involved at the club throughout the season so far.

“Of course, I am always proud to pick up any honour, but there is a lot of the season still left to play and we will keep working hard and have our feet firmly on the ground.”