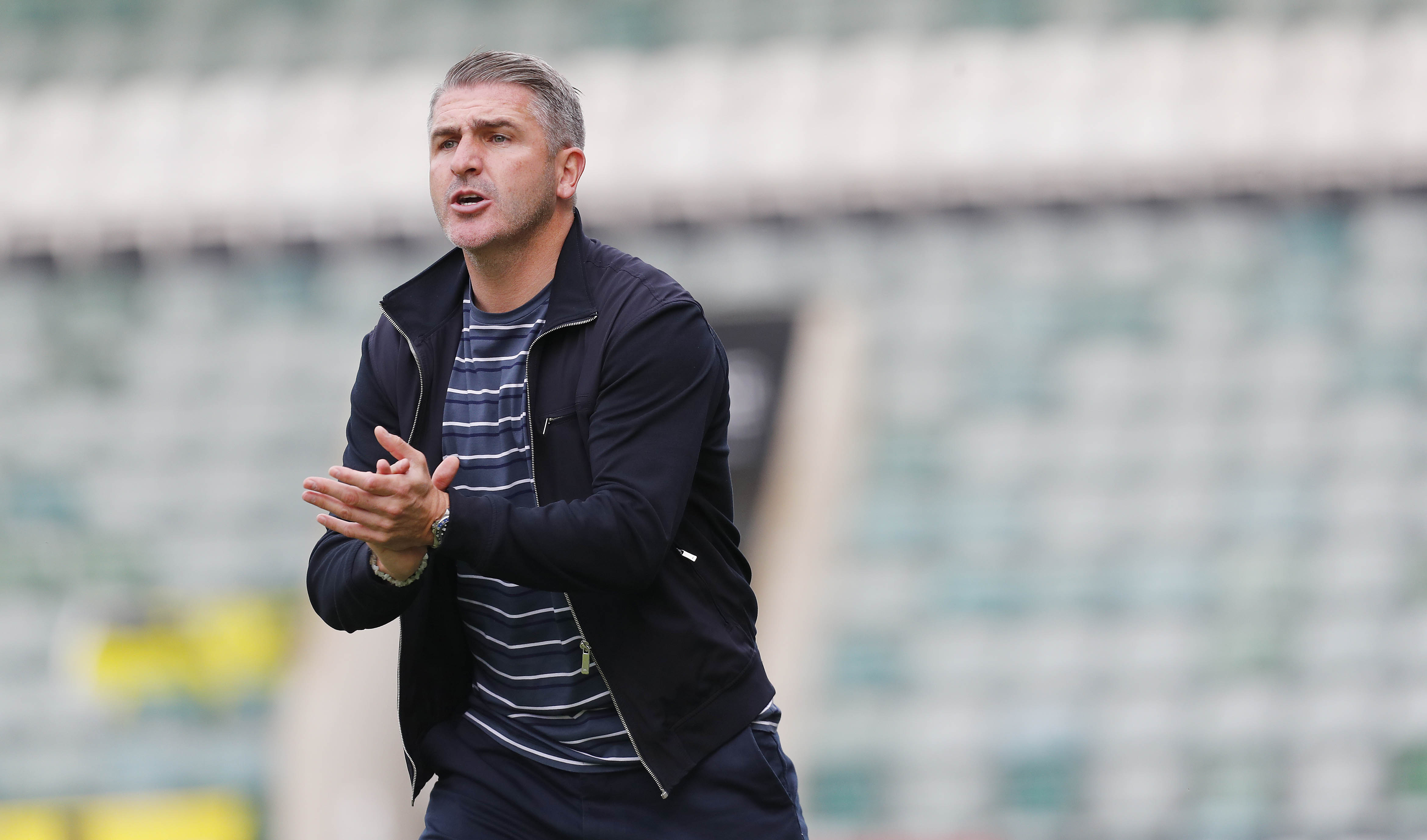 Ryan Lowe admitted there is more to come from this Argyle side, after their 2-1 win over Burton Albion at Home Park on Saturday.

The victory moved the Pilgrims to the top of the Sky Bet League One table and extended their unbeaten run to eleven games in the league.

First half goals from Conor Grant and Ryan Broom put the Pilgrims 2-0 in front and in truth it could have been a lot more.

Lucas Akins pulled a goal midway through the second half and the Greens were forced to defend in the latter stages of the game.

It is this area that Ryan believes his side can do even better with.

Speaking after the game he said, “We have to keep improving, keep working hard to sustain this. Other teams are going to start playing differently against us now.

“I thought in the first half, we were fantastic. The football, the work, the chances, the goals were brilliant.

“In the second half you have to give Burton a little bit of credit, they had nothing to lose and changed shape and came at us.

“We got a little bit sloppy in some areas, but there wasn’t any panic.

“When Burton scored the lift the fans gave us was amazing. The players must feel it.”

It’s not the first time that Lowe has mentioned the impact of the supporters during a game.

The 2-1 win over Doncaster Rovers last month was also picked out by the manager as a game where the fans helped the players.

With almost 12,000 inside Home Park, the Green Army once again gave the side a lift to get over the line to get the win.

Ryan said, “They are showing their appreciation of how hard the lads are working.

“We want to make sure that this football club is a sustainable Championship club in the future, everyone at the club has that aim.

“The fans want that too and our job is to make sure we get there.

“They can enjoy the moment, enjoy the performance enjoy the win and enjoy being top of the league.”