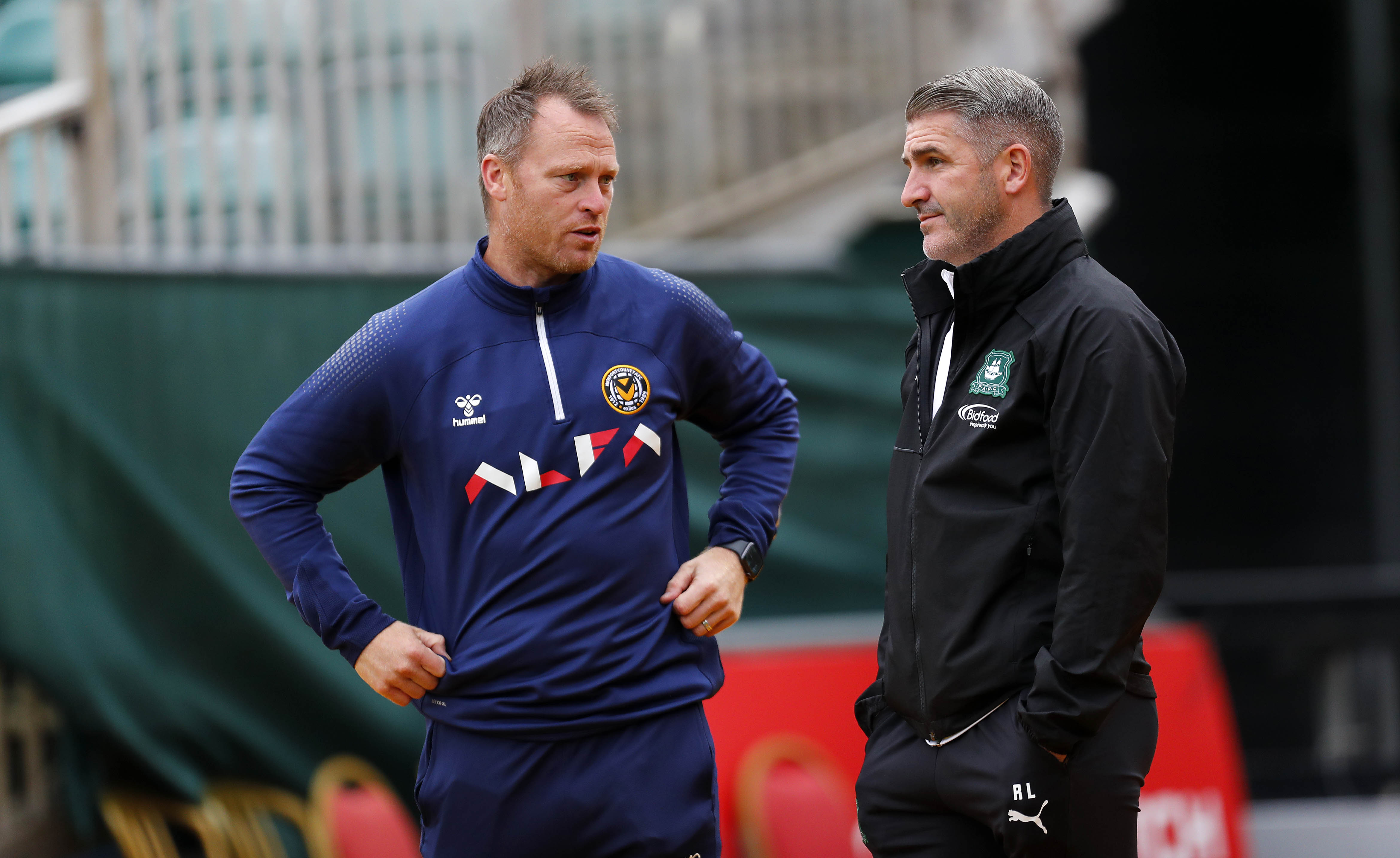 Argyle manager Ryan Lowe says his young players have a lot to learn after a more experienced Newport County AFC side beat the Pilgrims 2-0 in the Papa John’s Trophy.

Two former Argyle men did the damage, with Dom Telford and Timmy Abraham scoring in the second half to give the Sky Bet League Two side the win.

Five of the starting line up were making their first starts for the club, with another three making their debuts from the substitutes bench.

For a large portion of the game the inexperienced Argyle side held their own but Lowe wanted to see a little bit more from his players.

He said, “We wanted a little bit more. There were lads in there who are in and around the first team and we need to do better. They were playing against some kids themselves.

“We weren’t a big enough goal threat tonight. We got into some pretty good areas and just need to be a bit more positive.

“I just felt we didn’t compete enough against a Newport team that will always compete.”

15 of the 18-man squad had either come through or are still in the Argyle Academy, with James Wilson, Jordon Garrick and Callum Burton the only players who hadn’t come through the ranks at the club.

All three played the entire game, getting valuable game minutes. James Wilson was making his first appearance after serving a three-match suspension while Jordon Garrick made his full debut for the Greens.

Ryan said, “I’m happy that Willo [James Wilson] has got 90 minutes in the bag and Jordon Garrick has, Calum [Burton] has another game under his belt.

“I am also pleased for the youngsters making their debuts, but they need to get used to this – first team football.

“I want them to get their heads down and work hard.”

Among those debutants was 15-year-old Freddie Issaka. The Truro College forward became Argyle’s youngest ever player, beating the previous record by over a year.

Freddie replaced another debutant in Oscar Massey late in the second half.

Ryan said “It was a proud moment for him, his mum and his dad.

“We spoke to them last week regarding Fred. He’s going along the right lines; he gets rave reviews, and we need to keep him grounded.

“When I said he would be a part of the squad tonight, he was over the moon. We have got a good group of youngsters there; they’ll continue to keep learning that’s for sure.”

Will Jenkins-Davies, Angel Waruih, Oscar Massey and Carlo Garside also made their debuts for the Greens on a proud night for the club.