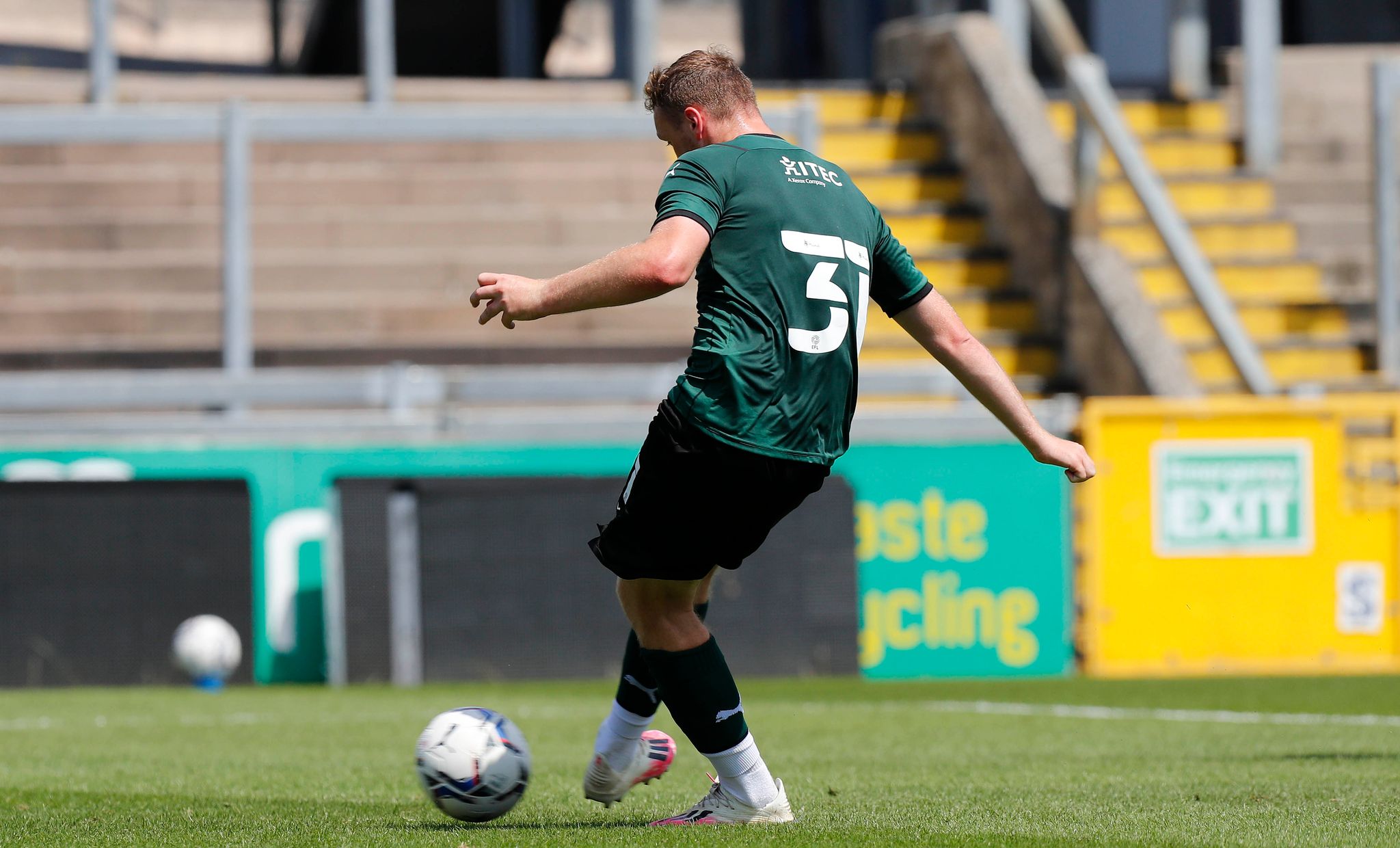 Striker Luke Jephcott has praised the way Argyle’s pre-season has gone so far, following the 1-1 draw with Bristol Rovers on Saturday.

He scored the Greens’ only goal of the game 10 minutes before half time, calmly rolling in a penalty he had won himself.

It was the second time the Welsh under-21 forward has found the net so far this summer having scored a header in the win over Plymouth Parkway.

That means that all three first team strikers have scored two goals in the three fixtures so far, something Luke feels is perfect preparation.

He said, “It’s the same for all of us strikers, we’re here to score the goals and the best chance is to do it now, in pre-season and get our confidence so we can take it into the season ahead.

“I thought we played very well, we moved the ball well and went 1-0 up. We didn’t start the second half the way we wanted to, but I thought we controlled the game well.”

Last season was the first full season that Luke has played as a first team regular and he feels that he is more prepared this time around.

He said, “Last season I was sore, I’ll be honest. It wasn’t something I was used to, but I’ve got to be prepared for now.

“This year, the attitude in and around everyone has been different class.”

Jephcott, who was Argyle’s top scorer last season with 18 goals, is one of four Academy graduates in the first team squad for the 21/22 campaign.

He, Adam Randell, Ollie Tomlinson and Mike Cooper have been joined in pre-season by Finley Craske and Rhys Shirley, with both featuring in all three games this summer.

Luke knows what the journey from academy to first team is like and is impressed by the way the pair are settling in.

He said, “With all of the youngsters who have come up, they’ve all been very, very good.

The gaffer has shown that if you’re good enough you’ll play. He’s shown a lot of trust in the youngsters, and they’ve been doing well.