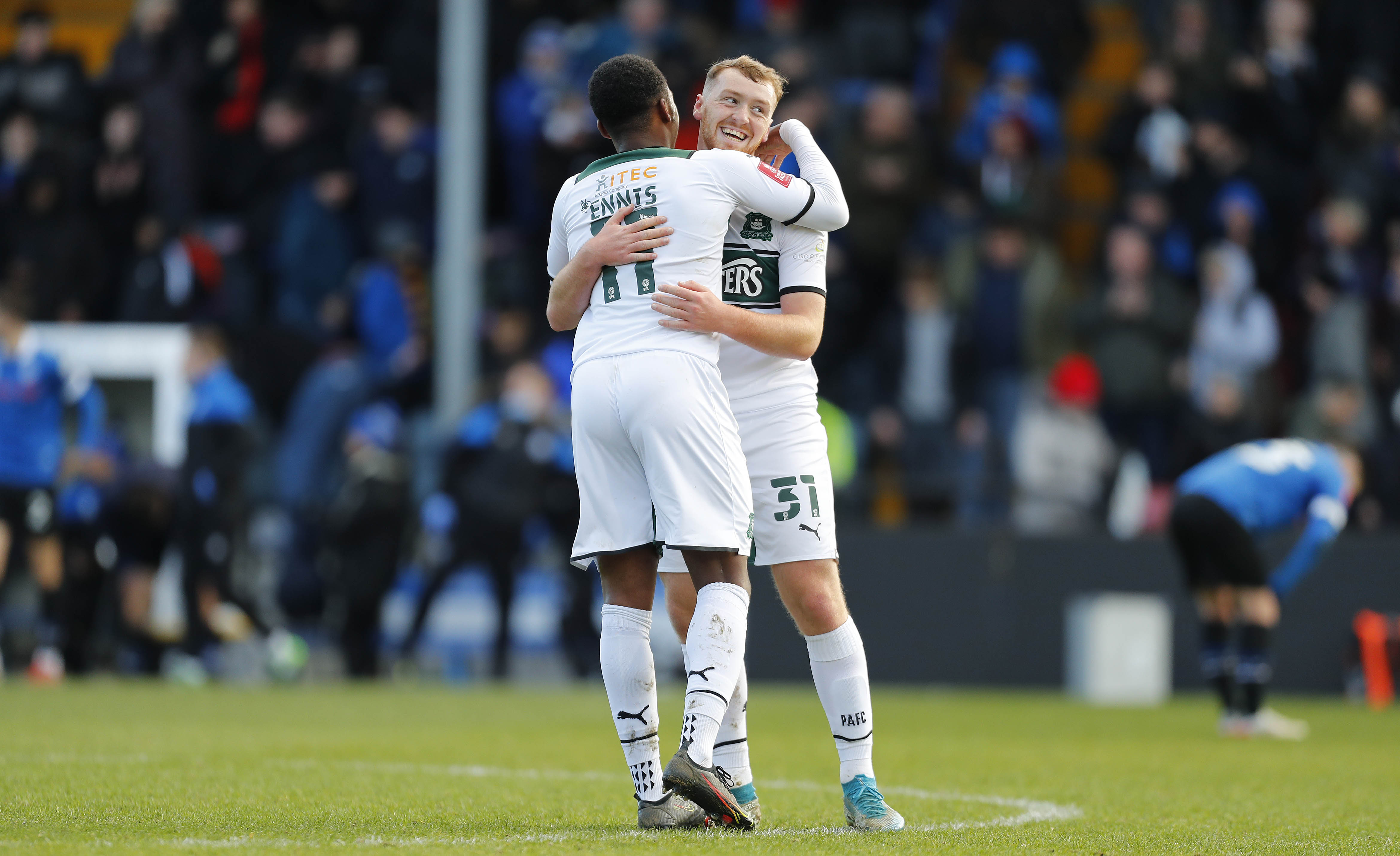 There are few better feelings than a last-minute winner to secure your sides progression to the third round of the Emirates FA Cup.

Luke Jephcott is a man who knows just how good it does feel though, “It’s an unbelievable feeling,” he said. “A last minute winner is always a good feeling,”

Fresh off the bench he came on to grab the winner as Argyle saw of Sky Bet League Two side Rochdale AFC at the Crown Oil Arena.

The Welsh striker had gone five games without a goal but rescued the Greens with a poachers effort inside the six-yard box.

The Pilgrims had led thanks to a Jordon Garrick header 17 minutes into the encounter, but Rochdale fought back to equalise early in the second half.

“The main thing is that we stayed solid in the second half,” Luke said following the game,

“We went through a bit of a spell which we had to get through but you can’t beat a last minute winner.”

All eyes will now be on Monday night’s third round draw where Argyle will be ball number 62.

The Premier League and Championship sides join the competition at this stage and the draw is always eagerly anticipated.

“A goal is a goal, it doesn’t matter what competition it is in, but the main thing is that we are in the next round of the cup and hopefully we get a big team,” Luke said.

“They kept coming at us and the goal was a boost for them. I have to say that our fans were brilliant, singing all afternoon again.”

The win not only saw the Pilgrims progress to the third round for the second time in a row but also brought an end to a run of three straight defeats.

On that Luke said, “We needed this result today and we needed to bounce back after a tough week last week.

“This has set us up really nicely for a long week ahead.”