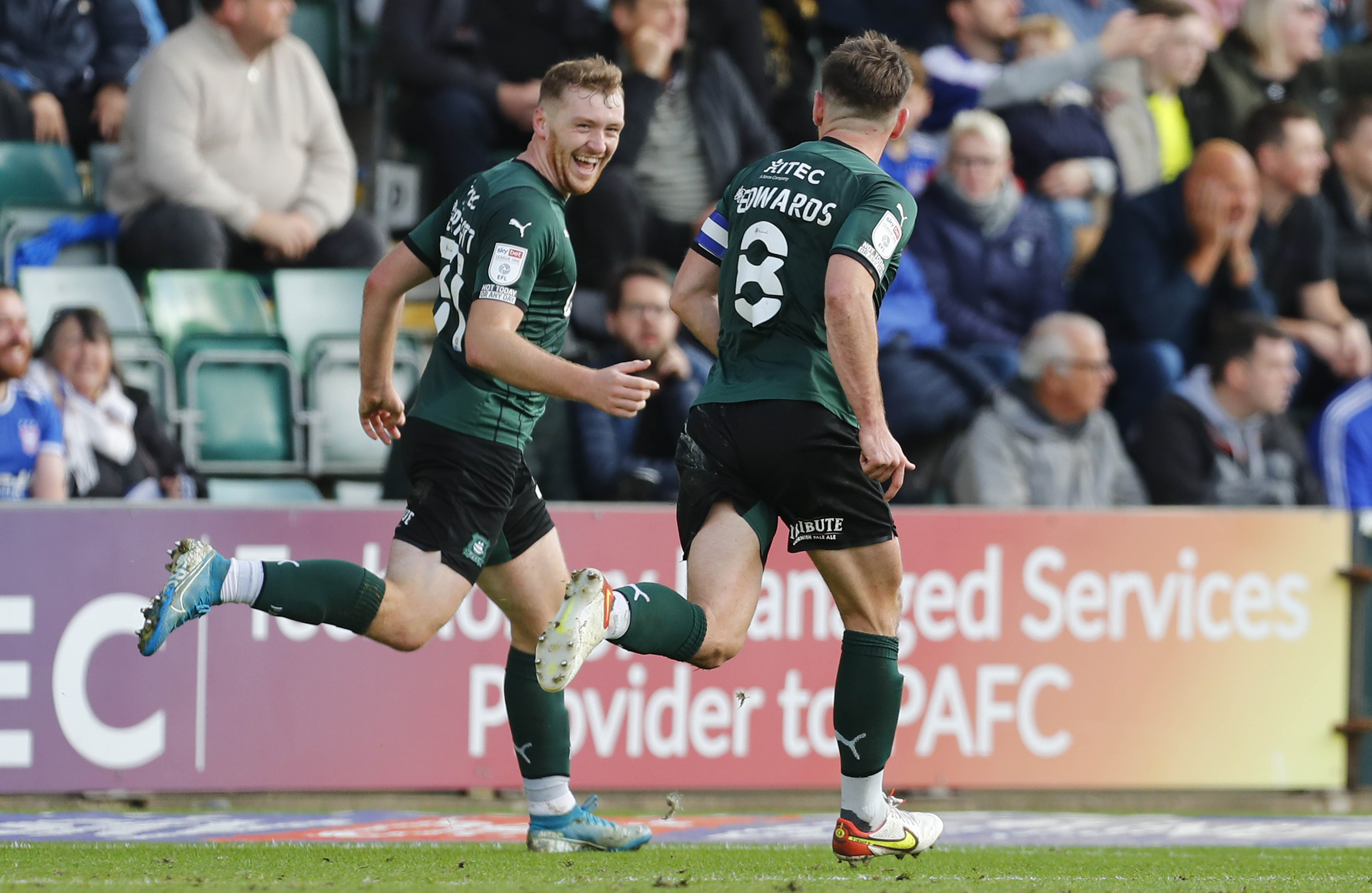 Luke Jephcott revealed that the support inside Home Park during their 2-1 win over Ipswich Town on Saturday helped them to victory.

In front of a sell-out crowd the Greens fell behind to a George Edmundson header after 13 minutes.

Luke though, scored his fifth Sky Bet League One goal of the season just before the break to set the Greens on their way.

After the game he said, “It was just an unbelievable day, the atmosphere was unreal the place was absolutely bouncing.

“The main thing is that got that goal and we managed to get back into the game.

“For me that was the change in the game and then in the second half we came out playing a bit more football.”

It was the third time in four league matches that the Greens have fallen behind, but Luke was quick to point out that the character and quality in the squad is clear to see.

He said, “I think it shows the mind set we’ve got this season.

“We don’t go into our shells even if we go a goal down, we know we have the quality in the squad to get back into games.”

Luke’s goal not only got the Pilgrims back into the match but was also the 6000th scored in the Football League by Argyle.

On scoring the milestone goal he said, “t’s a great achievement, not just for me but for the whole club. The most important thing was that the team won on the day.”]