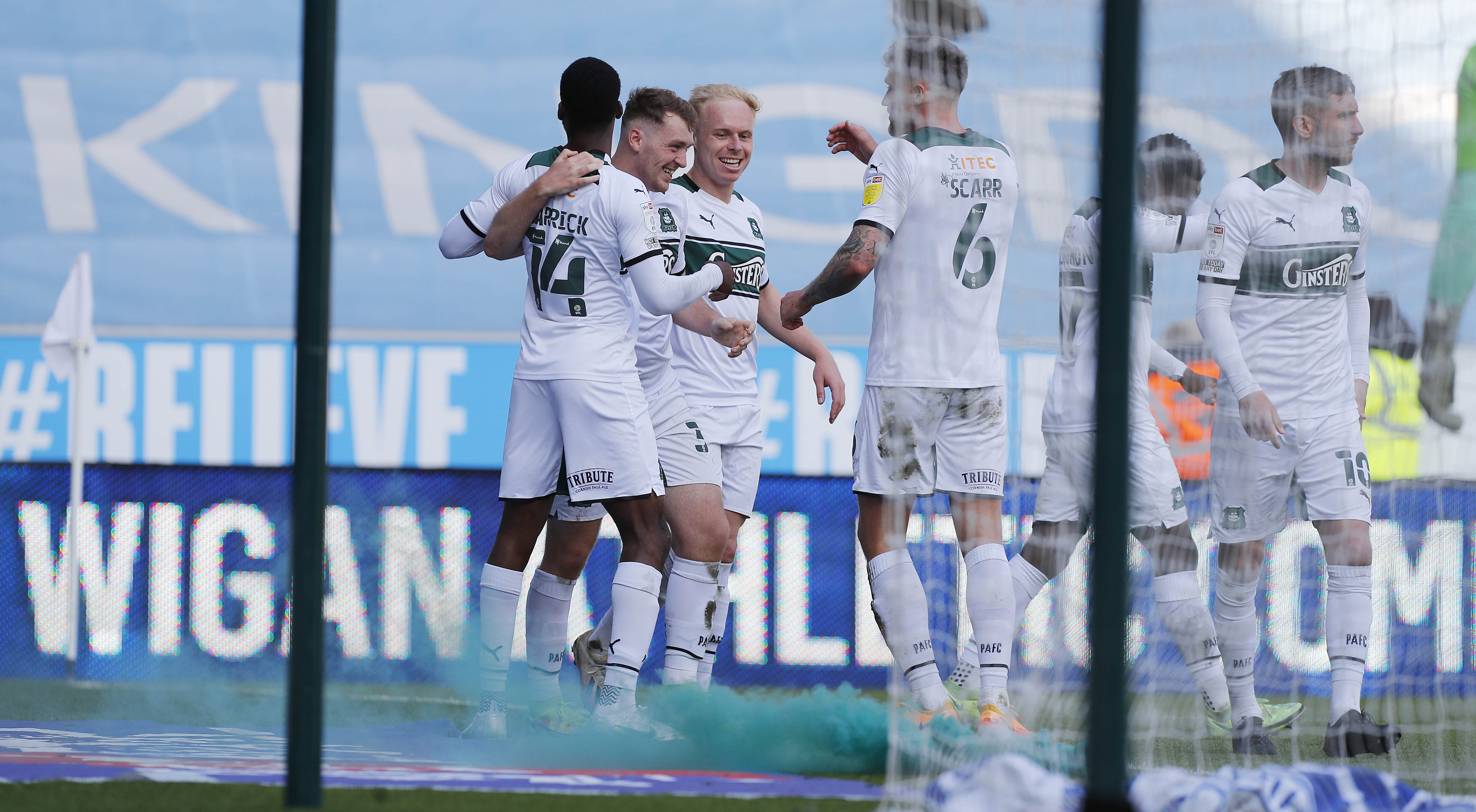 In any regular season, 80 points would be enough to secure a play-off spot in Sky Bet League One, this season is no regular season though, just ask Luke Jephcott.

“It shows the standard in the league this year, it’s a lot higher than last season.”

The Greens go into the final game, against Milton Keynes Dons, knowing that if they match Wycombe Wanderers’ result, they will finish in the top six.

The 1-1 draw at Wigan Athletic on Saturday, meant that Argyle stayed fifth and kept their destiny in their own hands.

“Coming here today, to the league leaders, it’s a tough place to play.

“We weren’t at our usual standards in the first half, but we went in at half time and said, ‘come on, we’ve got a lot more to give here.’”

They did give more; they came out more attacking and took the lead on 63 minutes thanks to Luke’s 12th of the season.

He was on hand to pounce after Wigan goalkeeper, Ben Amos, spilled a Conor Grant free kick.

“As strikers, you’re always told to follow shots in and even if it doesn’t come, you’re there in the right position.

“Thankfully, I was there, in the right place at the right time today.”

The hosts managed to get level, 15 minutes from time, but the Greens saw it out to get their third draw in their last four matches.

The point was made all the more impressive by the fact that Wigan could have clinched promotion and even the title had they managed to get the three points.

Luke was pleased with the way Argyle managed to stay in the game and even take it to the league leaders.

He said, “They had a big crowd in, so did we with our amazing fans, you could feel it was a big game.

"We’re all excited for next weekend because we know its in our own hands.”

That game is against Milton Keynes Dons and will be in front of a sold-out Home Park, a win should be enough to see the Greens make the pay offs and Luke is looking forward to it already.

He said, “It’s been a long old season,

“Looking at the table, we have 80 points and we’re still not guaranteed in the play offs.

“Next week, in front of a sold-out Home Park, you can’t ask for much more.”