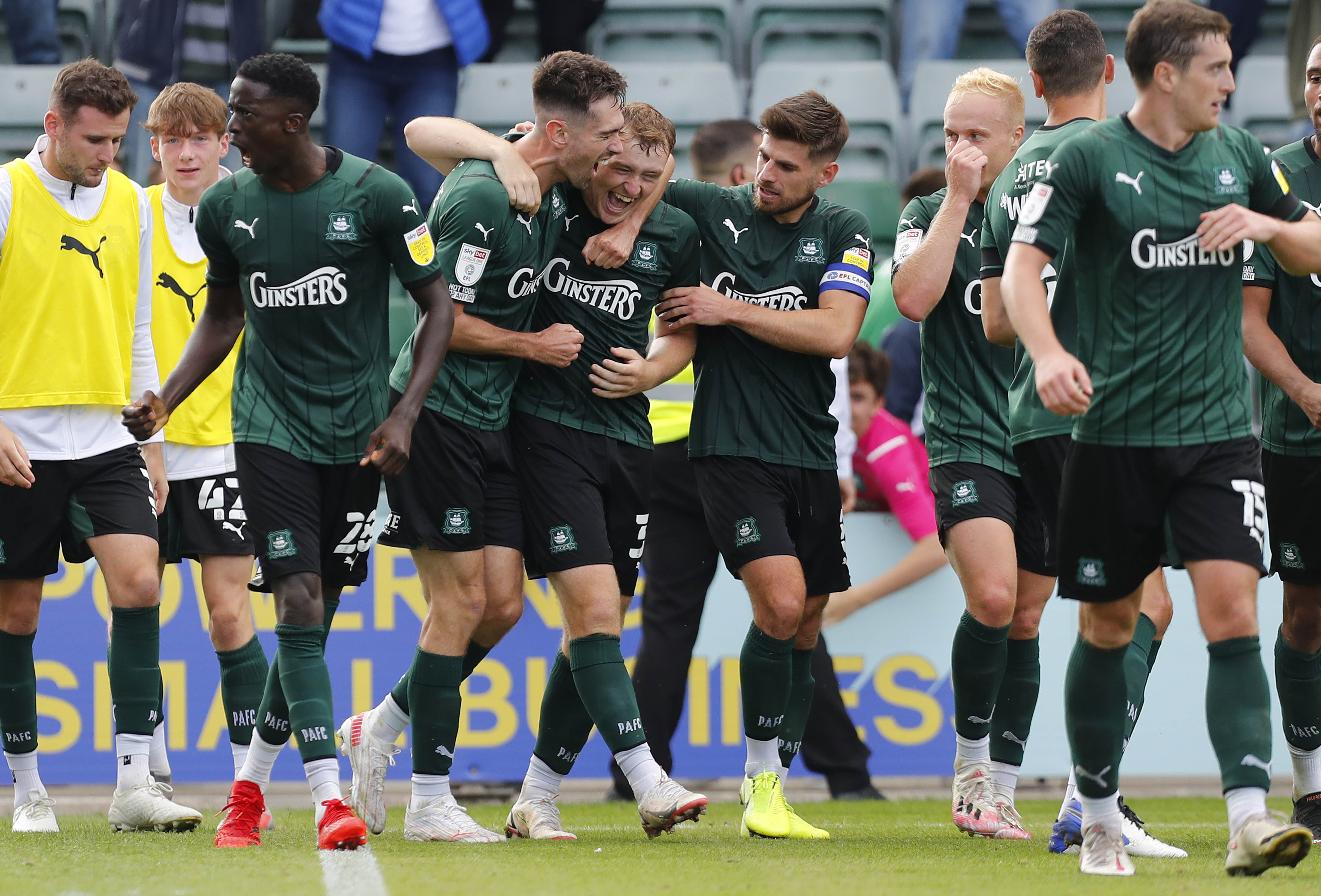 Argyle matchwinner Luke Jephcott has spoken of the emotion he felt scoring the only goal of the game, in the 88th minute, to beat Gillingham at Home Park on Saturday.

Chance after chance had come and gone for Argyle and with almost 11 thousand inside the ground, everyone was just waiting for someone to make them cheer.

Step up Luke Jephcott, two minutes from time, curling the ball past the Gills ‘keeper to send Home Park into extasy.

He said,” It’s an unbelievable feeling, we kept trying and trying to find a way to break them down and we knew we would get a chance and thankfully towards the end, the goal went in.

“I think that is the furthest out I’ve scored a goal and it was still inside the box.

“Hearing everyone shout, you know, it was amazing. That’s what we are here to do; make the fans happy. It’s just an amazing feeling.”

The win was the first for the Pilgrims in the 21/22 Sky Bet League One season, having lost on the opening day to Rotherham United.

But this game had added importance. Players, staff, management and fans were all saddened to hear of the tragic evets of Thursday night that shocked the city.

The players and staff wore #PlymouthTogether t-shirts during the warmup and there was a minute’s silence before kick-off.

Plymouth needed a pick me up and Argyle provided it.

Luke said, “Our talk was ‘we’re not coming off this pitch without three points’ and you know I would like to dedicate my goal and our win to the families that were affected.

“We’ve always got to be in the mindset of when that chance come you’ve got to take it. We knew one of them was going to go in.”

It was the second goal in as many games for the Wales under-21 forward, who also netted in the 4-0 win over Peterborough United in the Carabao Cup on Tuesday.

Getting two goals so early on in the season has been a boost to confidence.

Luke said, “It’s not a bad start, but I just need to keep my head down now and see how many I get for the season.”