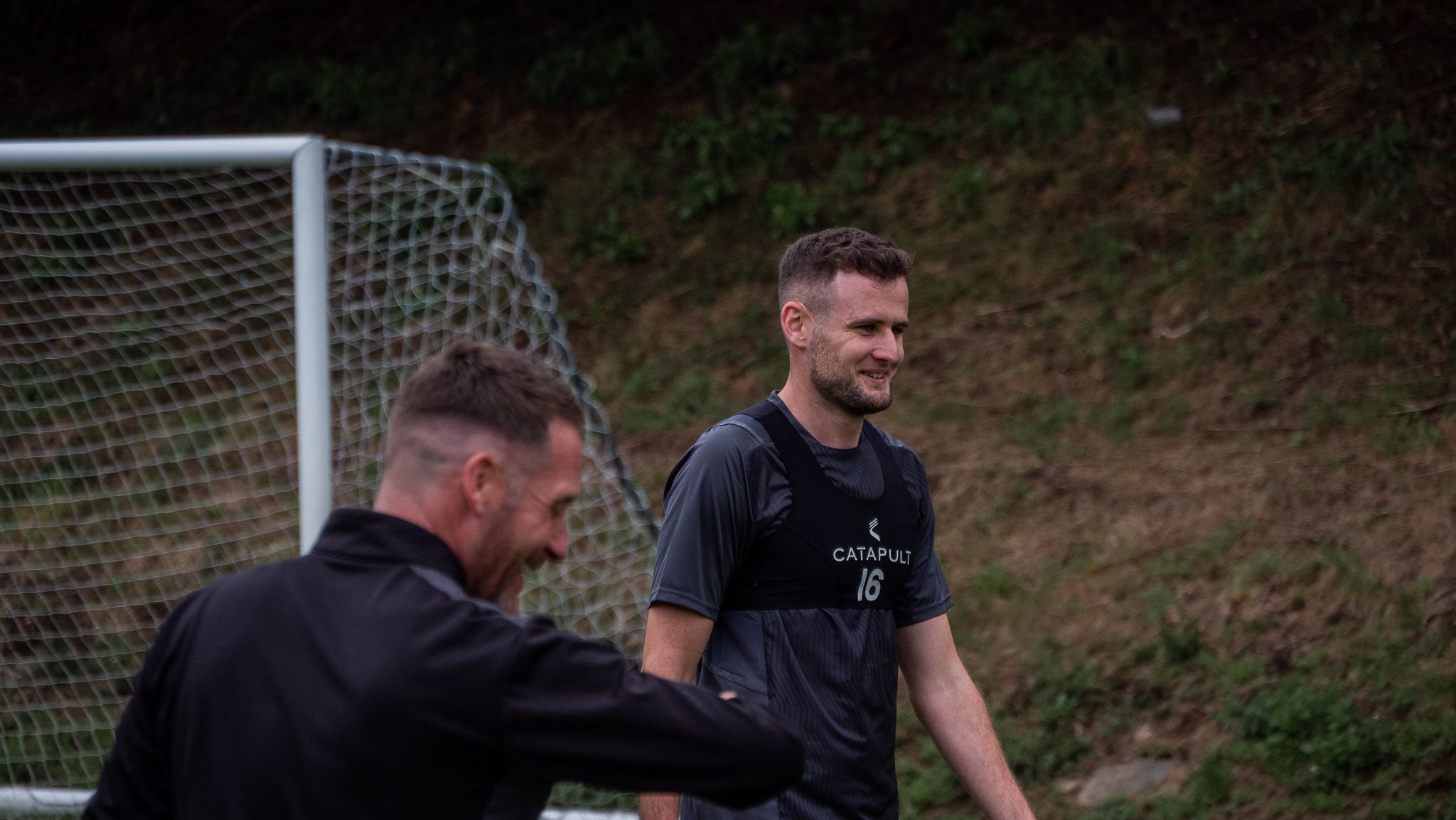 The Green Army got their first sight of new defender Macaulay Gillesphey against Saltash United on Wednesday night.

The 25-year-old was signed from Australian A-League side Brisbane Roar last month but was given a couple of weeks off by the management at Home Park as the season down under didn’t finish until mid-June.

A left sided defender with a sweet left foot, Macca quickly showed his ability when he came on as a half-time substitute.

His first touch as an Argyle player was a 40-yard cross-field pass straight to the chest of Joe Edwards, not a bad first impression.

For Macca as well, it was the first time he has experienced the Argyle supporters, 600 fans were inside the Kimberley Stadium and Macaulay is keen to see more of them.

He said, “It’s been a while since fans have been back in, today was a good start.

It may have been the first time the former Newcastle United youngster has featured for Argyle in a matchday squad, but he has been around the club for a few weeks now and has settled in really well.

He said,  “It was good, good to get a run out and play with the boys, so I am happy with that.

“It’s been good since I’ve come in. I’m enjoying it. A few of the lads are sound, it’s a good craic and that.”

Macca and the rest of his teammates will be in action again on Saturday when Argyle take on Bristol Rovers at the Memorial Stadium.