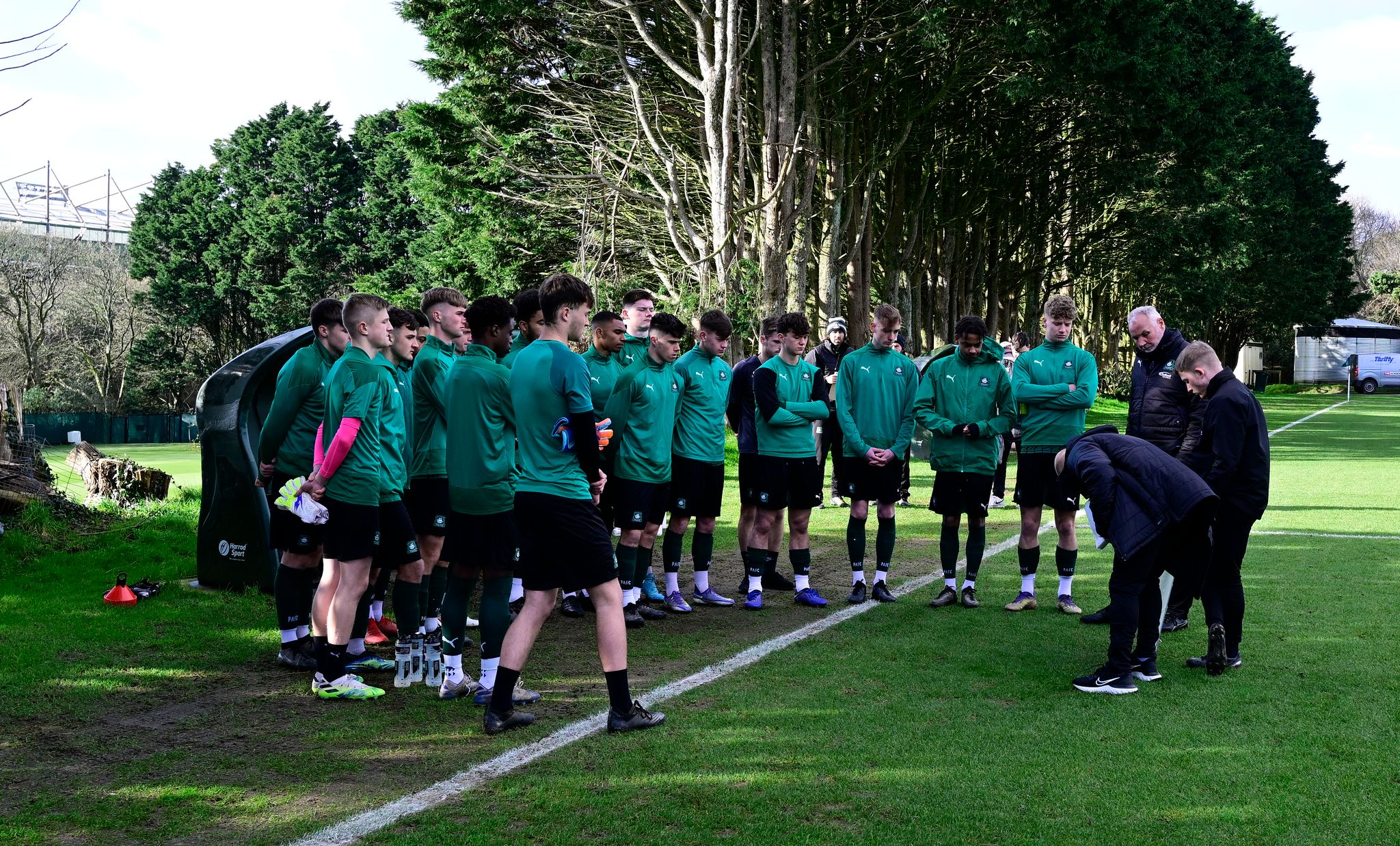 Argyle require all three points to clinch first place on the final day due to Bournemouth’s superior goal difference.

When asked about this weekend’s occasion, Way said, “Whenever you’re fighting for something, the players understand there’s a little more interest through parents, through players talking, adding to that moment to gain success.

“This group of players got together at the start of the season to set goals, set objectives, and it’s really rewarding and pleasing to see they’ve reached the majority of them.”

Argyle have beaten the Cherries twice this season with both coming back in September.

A headed finish from Oscar Halls and a trademark Will Jenkins-Davies free kick was enough to defeat them in a 2-1 league display.

When asked about the opposition, Way said, “It’s two excellent groups of players.

“Bournemouth have probably given us our biggest challenge every time we’ve played them, they’ve always been tight games.

“In terms of the way they play through the final thirds, their technical ability, they’re very good.

“But I think for where we are now we’ve been, on a number of occasions, the better team.

“What we’ve got to do is stick to our process. We know they can press aggressively, which has worked for us in a number of games and hopefully we can put that into practice again.”

Argyle’s Academy go into Saturday’s 11:30am kick off in superb form with four wins in their last four games.

AFC Bournemouth also enter the game in a good patch, they have three wins from their last four games.

On training this week, Way said, “I think training has been really good over the course of the season.

“I think the players have shown a real intensity, they’ve been very focused and very alert this week because of what there is to play for.

“They’ve worked hard to get to this moment, and it’ll just be making sure they have clear thinking this Saturday and put in another good performance”

Way also summarised what a title win would mean for the team and the staff, “All the staff and the players have worked really hard for just over two years now.

“Last year we were having a different conversation with the group of players it was a little bit hard to get that intensity in training.

“Credit to the players, they want to be a part of something bigger than themselves and I’m pleased to say that’s the case. Everybody wants to be fit and available for this game on Saturday.

“It’s been good as well to have the coverage throughout the season. The players, they look at their phones now and as a club we have started making a good reputation.”