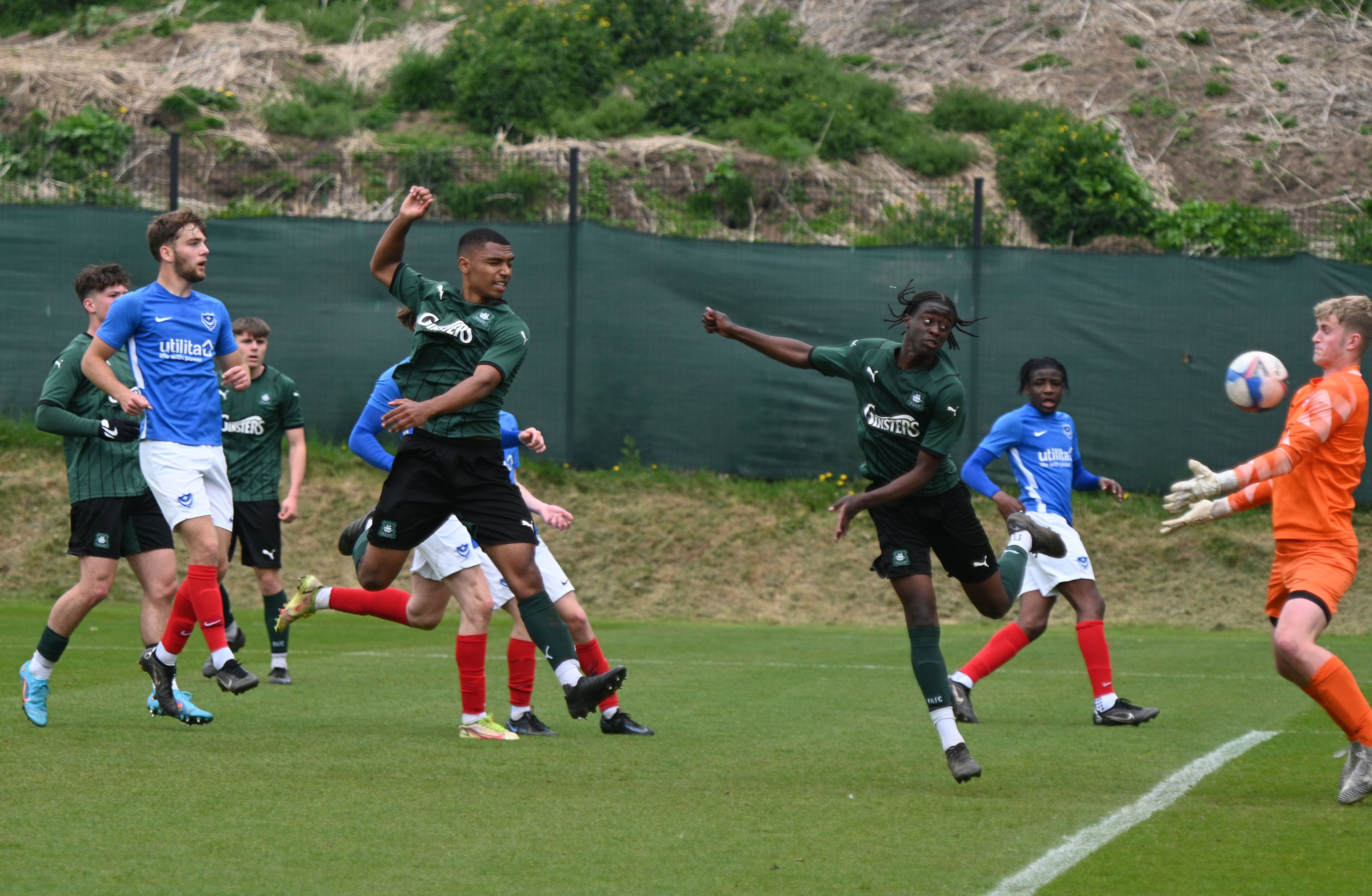 Argyle's first loss of their Merit League One campaign has left them requiring victory in their final game, at home to Oxford United, if they are to claim the title.

The Greens fell to a rare 2-0 defeat at home to Portsmouth under-18s on Saturday, with two second half goals doing the damage.

Gillingham, who started the day in second place, moved to the top of the table and hold a two-point advantage over the Pilgrims, courtesy of their 1-0 victory away at Cambridge United.

The first half was a cagey affair with both sides battling for midfield superiority.

It was Argyle who created the best chances with the first coming on 18 minutes.

Freddie Issaka gained possession on the halfway line to beat his marker and charged forward, but the Pompey goalkeeper made a fine block to keep out the Welsh youth international's effort.

The best chance of the half came deep into stoppage time.

Brandon Pursall’s cross found Jeffery Forkuo in the middle, but he sent his far post header narrowly over the crossbar.

Argyle suffered a setback four minutes into the second half as the visitors shook their hosts by taking the lead.

Portsmouth’s free kick was knocked back across goal for their striker to apply the finishing touch from close range.

Worse was to come as within a matter of minutes the young Pilgrims found themselves 2-0 down.

Rocked by it, Argyle surged forward, and Jamal Salawu forced his way into the visitor's area only for the 'keeper to once again prove equal to the task.

The Greens had 20 minutes in which to salvage something from the game but unfortunately, they were unable to find a way through a resolute Pompey defence.

It now comes down to this coming Friday's final game of the season when Argyle entertain Oxford with a 2pm kick-off.