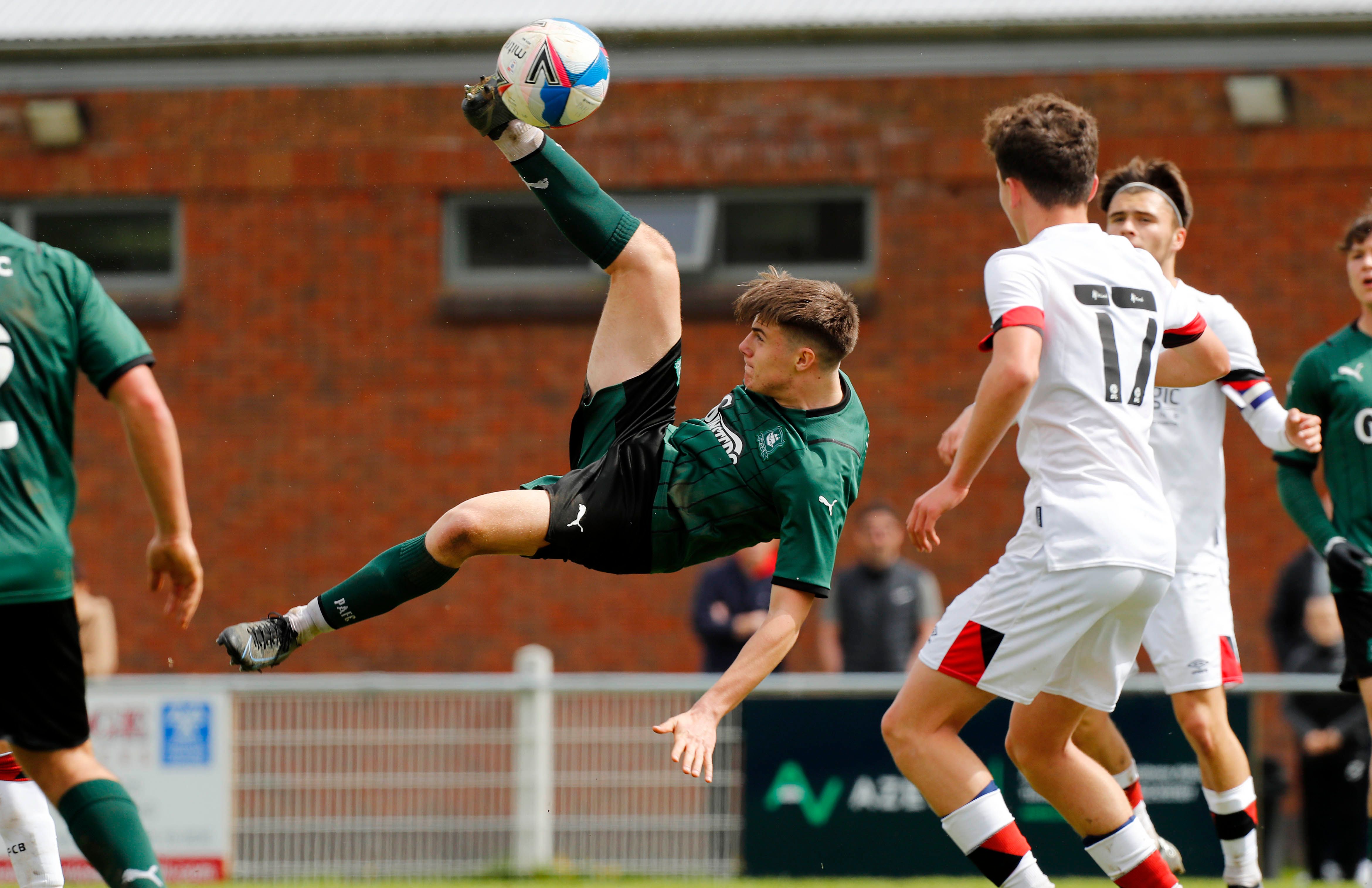 Argyle's youngsters have the EFL Merit League One title firmly in their sights after an own goal and Oscar Massey's clinical finish saw them beat AFC Bournemouth under-18s 2-0 at Langsford Park.

Both goals came in a first half that Argyle dominated and has moved them four points clear of second placed Gillingham, with both clubs having two games left to play.

That impressive first half performance saw Argyle reach the interval leading 2-0 but in truth, it could have been more.

Strikers Oscar Massey and Jamal Salawu both had chances to open the scoring in the opening 12 minutes, but were denied by the Cherries’ ‘keeper.

Darren Way’s side did not have to wait too long, though, for the initial breakthrough.

It came in bizarre fashion as well, as a back pass rolled under the goalkeeper's foot and into the net on 16 minutes.

Ten minutes later, top scorer Massey receives the ball 20 yards from goal, turns his marker and smashes the ball into the top corner. A deserved second and another example of the striker’s lethal form.

The Greens were in the ascendancy and another loose back pass almost presented Kieran Edworthy with a goalscoring chance, but the home 'keeper made amends for his earlier indiscretion by racing out of his goal and smothering the shot.

The referee’s assistant's flag ended Massey's chance of another goal as he latched on to Jeffery Forkuo's clever pass. His powerful shot hit the side netting, but the Greens were purring.

The second half wasn’t quite as lively, but it was still controlled for Argyle.

They actually began the half well with Jack Matthews rising well at the far post, but his header narrowly cleared the visitors crossbar.

Matthews was in action again, at the other end of the pitch, as he skilfully managed to break up a promising Cherries' attack.

Their best chance of the game came midway through the second half when a powerful shot from 30 yards smashed back off the crossbar, leaving Lewis Moyle motionless. A let off yes, but it came from nothing.

The action was soon back at the other end and Massey managed to get into the box with a neat bit of skill, but the angle was too tight, and his shot flew past the far post.

The third and maybe killer goal did not arrive but Argyle had done more than enough to deserve this victory and it is now on to Saturday, 23 April, when Portsmouth are the visitors.