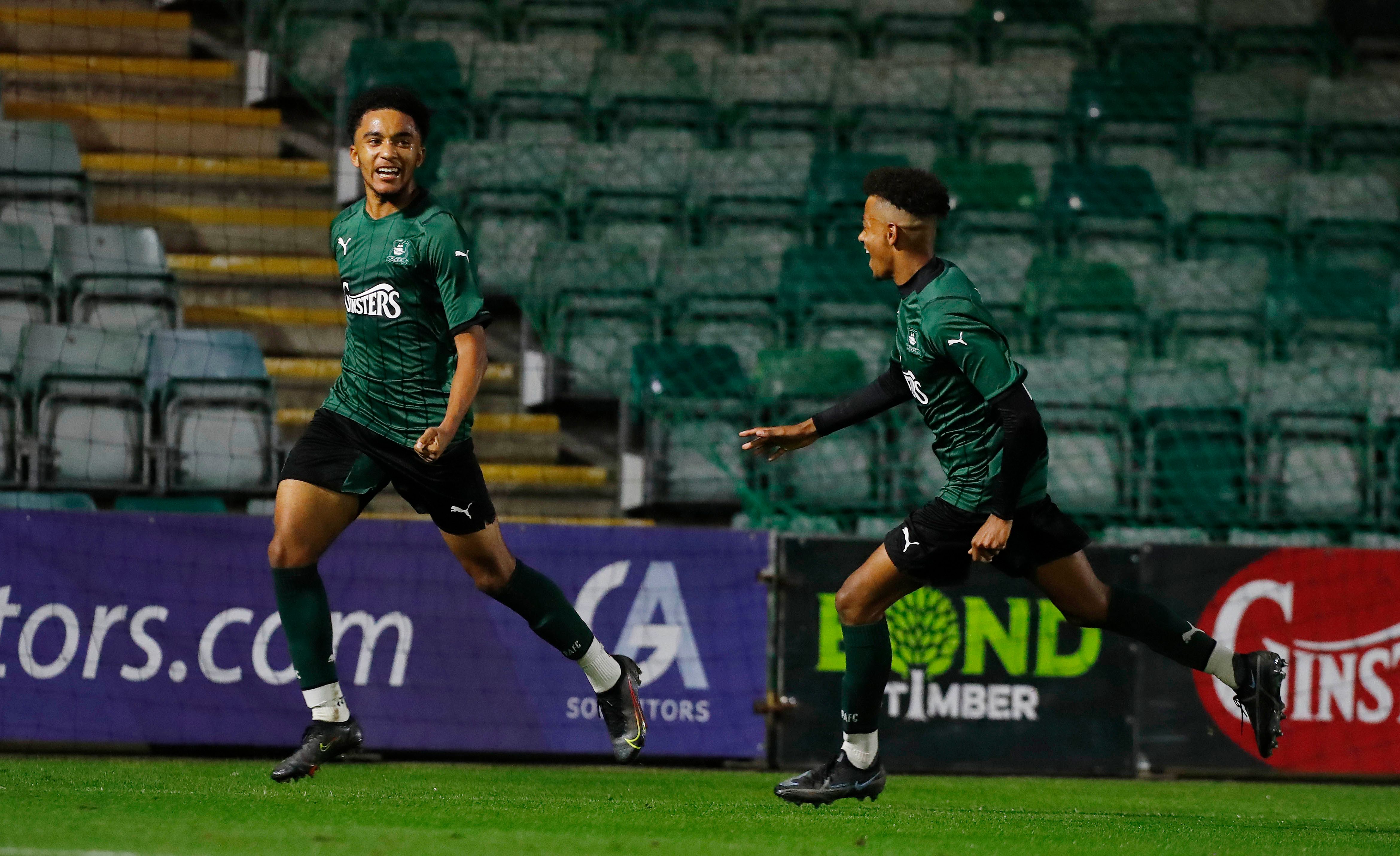 A young Argyle side missed the opportunity to move above fourth placed Swindon as they let a two-goal lead slip in their Youth Alliance league game at Langsford Park.

Jamal Salawu scored twice in the first half for the Greens, in a dominant 45 minutes.

Swindon came back into it just before the break and then got the leveller in the second half.

The Argyle youngsters were missing several of their squad, due to first team call-ups, giving a debut to 15-year-old Joel Sullivan who drew praise from under-18s manager Darren Way.

"Joel has only just turned 15 and he was outstanding, having an excellent debut," praised Way.

"I was also pleased with the commitment, effort and competitiveness the players showed today but was disappointed to concede two goals after dominating large periods of possession," he added.

After a cagey first 15 minutes it was Argyle who almost made the breakthrough as Jamal Salawu cuts in from the right and his low cross looked destined for the boot of Oscar Massey until a defender's outstretched foot cut the ball out.

It was only a matter of patience before the Greens made their pressure tell.

The lead came on 21 minutes when Caleb Roberts went past two defenders before guiding the ball in to Salawu who calmly shoots past the visiting goalkeeper.

It was two 15 minutes later as great approach play saw Freddie Issaka shrug off several challenges before finding Roberts, who drove in a low cross for Salawu to apply the finishing touch from close range.

A perfect first half performance was spoilt as the visitors pulled a goal back on 43 minutes.

Even then Argyle had time to fashion another chance which ended with Roberts dragging his shot just wide of the target.

The second half began with Argyle creating another chance, which they failed to take, and they were made to pay as a Robins striker raced clear to steer the ball past Lewis Moyle and restore parity.

Luck deserted Argyle on 51 minutes as Jack Endacott's effort took a deflection to loop over the Swindon 'keeper only for a defender to get back and clear the ball off the line.

The home side continued to press and good work by Issaka set up Salawu who saw his effort fly just wide of the top left corner of the visitor's goal.

Swindon were coming more into the game and Argyle had to deal with several high balls into their area but they dealt with that well and saw it out for an important point.

After the game Darren said, "We now turn our thoughts and embrace the challenge of Wednesday's second round FA Youth Cup game at Home Park against MK Dons."