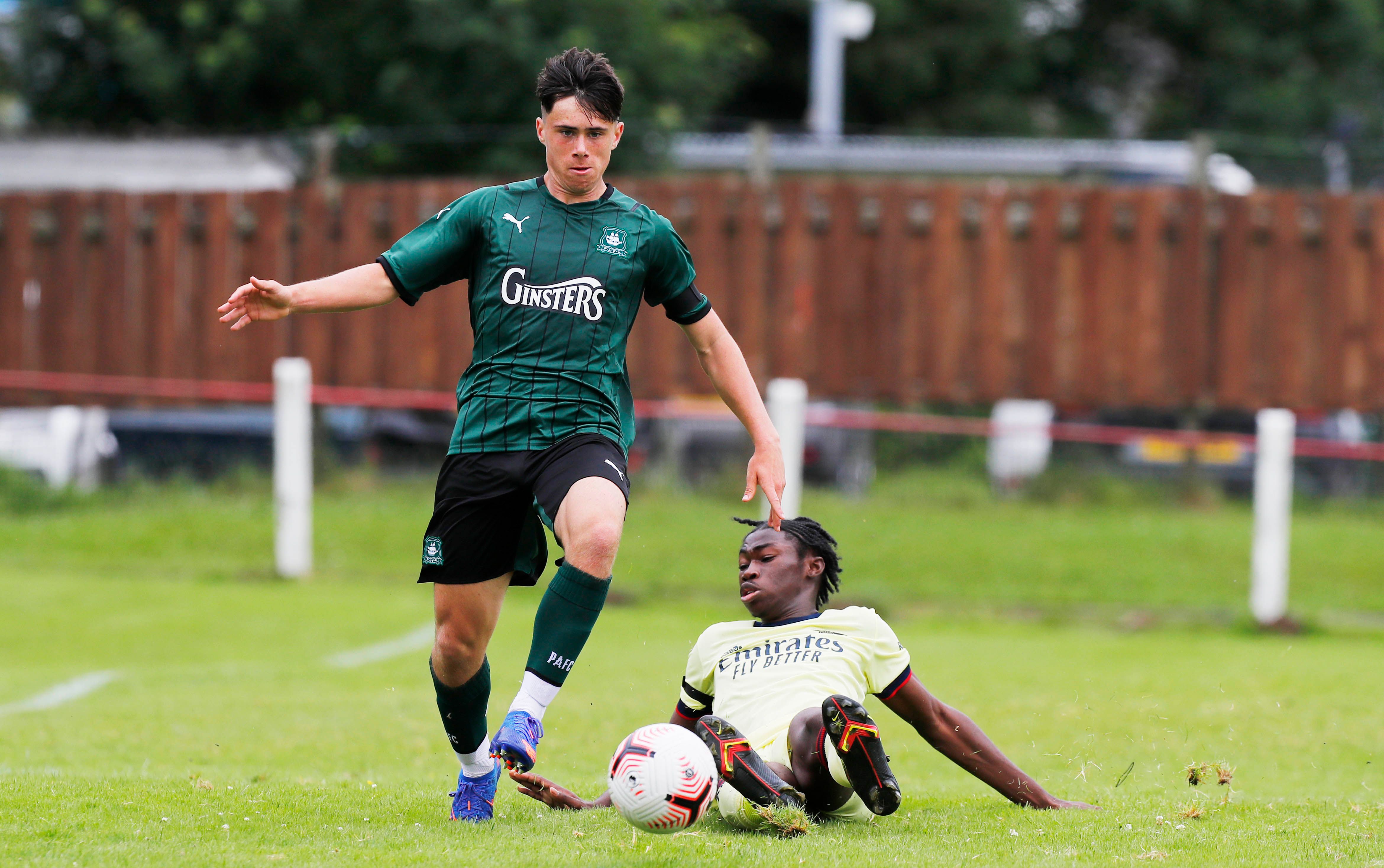 Argyle under-18s continue to lead the way in the EFL Merit League One as they maintained their unbeaten record with a comfortable 3-0 win over AFC Wimbledon under-18s at Harper’s Park.

Goals from Jamal Salawu, Caleb Roberts and Oscar Massey steered the Greens to victory and ensured Argyle would continue to occupy top spot with an impressive haul of 13 points from their first five games.

Argyle started well and only a fine save by the Dons’ goalkeeper prevented Oscar Massey giving them an 8th minute lead.

Massey was in the thick of it and the striker then saw his effort blocked only for the ball to come out to skipper Carlo Garside on the edge of the area, but once again the visiting ‘keeper was equal to the task.

The young Pilgrims continued to press forward and a diagonal ball from Brandon Pursall found Oscar Rutherford running into the box.

It wasn’t to last though and he initial breakthrough finally arrived on 28 minutes when Jeffery Forkuo spread the ball out to Rutherford and his driven cross found Salawu getting in front of his marker to slot the ball home – a well deserved lead.

Wimbledon came back at their hosts but great defensive work by Freddie Issaka saw him break up an attack before winning a free kick and dampening the danger.

Argyle came close to a second when a corner was knocked deep to Massey but his angled header thudded against the post.

More chances came for the Greens, midway though the second half Salawu lobbed the ball over the on rushing ‘keeper, only to see the ball hooked off the line and away.

The visitor's goal continues to live a charmed life luck on as a great ball from substitute Jack Endacott found Massey, who heading over the bar. It was surely only a matter of time.

A succession of Argyle attacks finally paid off, when on 74 minutes, Issaka weaved his way into the visitor's area before laying the ball for Caleb Roberts to confidently find the back of the net.

Despite a great save from Argyle stopper Zak Baker, the Green continued to push.

The scoreline finally reflected Argyle's dominance as they scored a third goal, in the sixth minute of stoppage time, and it was striker Massey notching his fourth in five games.

Darren Way’s side go marching on in their quest to win the Merit League One and in doing so, they kept up that unbeaten start to the campaign.