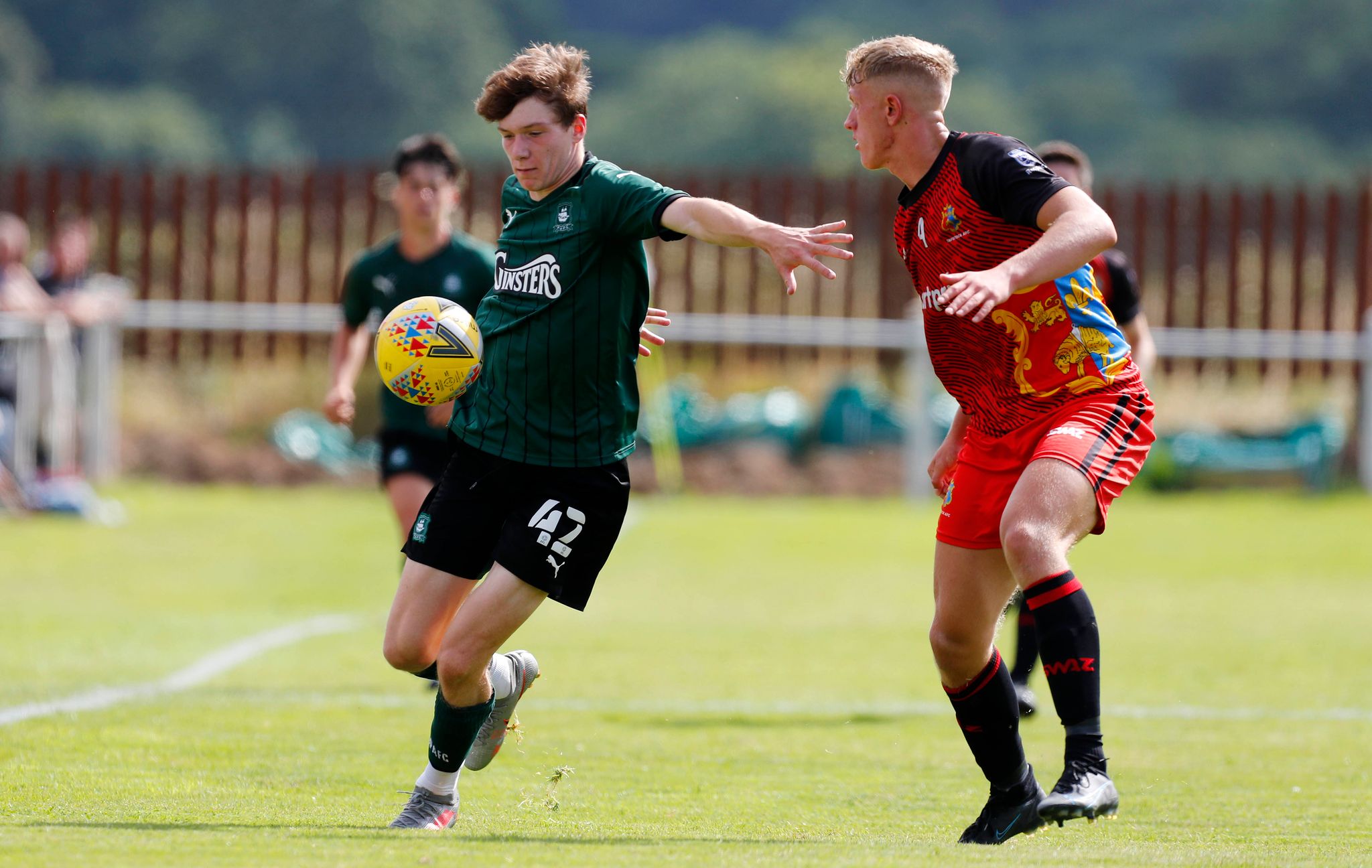 Argyle's youngsters returned to EFL Youth Alliance league action, for the first time in a month, with a deserved 3-1 victory over Cheltenham Town at Tavistock's Langsford Park.

Victory sent the Pilgrims above their opponents, who began the day in fourth place.

A 10th minute goal gave Argyle the lead when Jamal Salawu met Brandon Pursall's left wing corner with a downward header that found the corner of the net.

Rhys Shirley, on his first game for the side this season and Angel Waruih scored the other goals for Darren Way’s side.

After taking the lead, Felix Miles fired against Zak Baker's crossbar in a rare Cheltenham attack but it was the Pilgrims who created the better first half chances.

Salawu fired in a low effort from the edge of the box which brought a fine save out of Jake Pursisson who recovered in time to block Rhys Shirley's follow-up effort.

The home side began the second period well with Shirley's goal bound shot deflected wide by another Woomin challenge.

At the other end, Baker was forced by make a fine double save from Alfie Taylor who was again cursing the Argyle 'keeper on 58 minutes but Cheltenham were level, two minutes later, when Will Taylor fired the ball across for George Clark to stoop low at the far post to head home.

The points were finally assured seven minutes from time as Shirley burst into the area and although Purssisson blocked his shot the Argyle striker recovered to play the loose ball into the path of Angel Waruih who fired home from 12 yards.

The win means that it is three on the bounce for Darren Way’s side in the EFL Youth Alliance league and they go into Tuesday’s FA Youth Cup tie full of confidence.