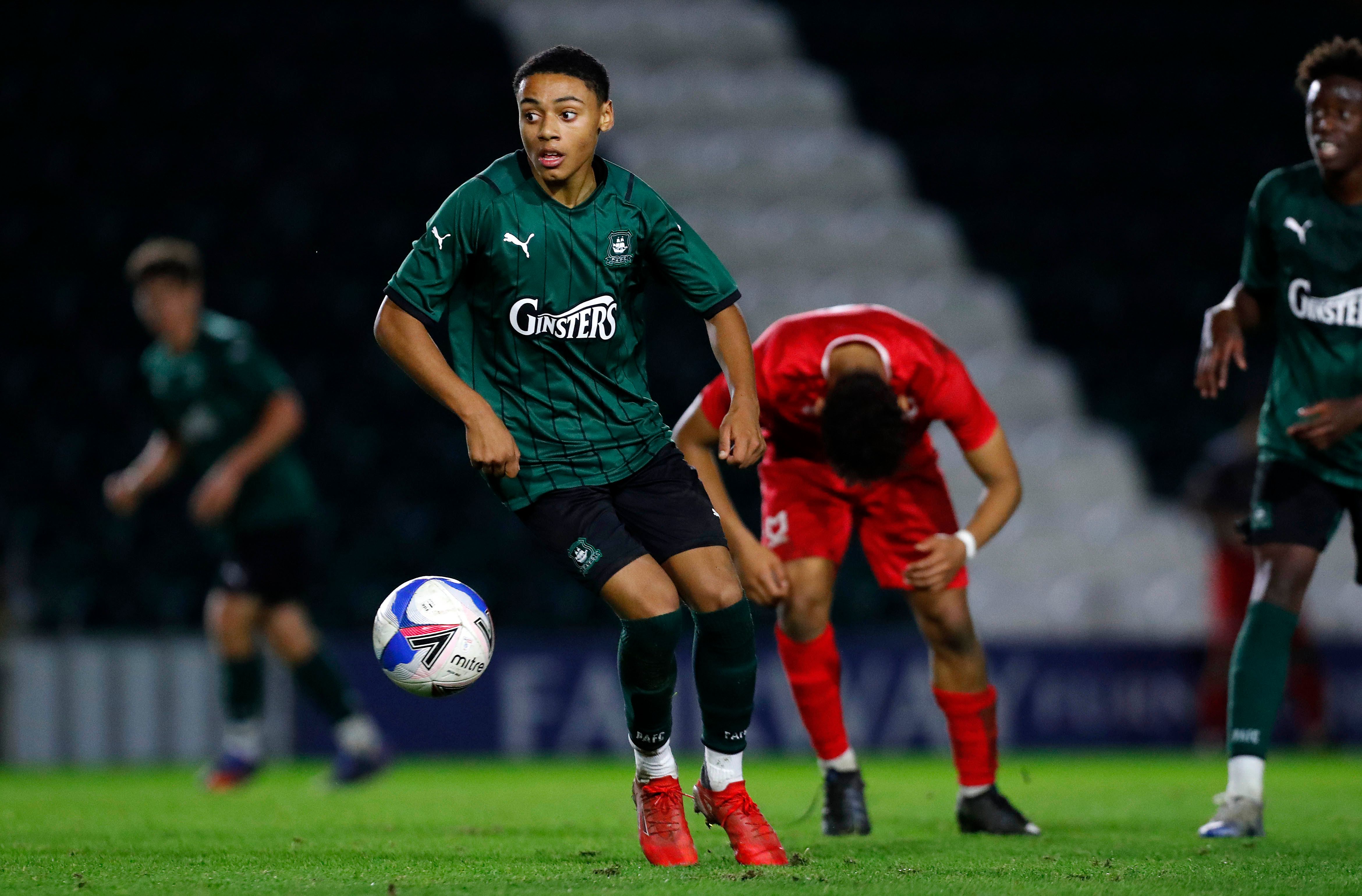 Argyle Academy claimed a confident 3-1 victory over Forest Green Rovers under-18s thanks to an Oscar Massey brace in an excellent team performance at a rainy Harpers Park.

Will Jenkins-Davies grabbed the other goal as the young Greens made in four unbeaten in EFL Youth Alliance action.

After the game, manger Darren Way commented, “I thought you could see very good combination play and I thought we used the pitch really well.

“Some individuals had fantastic performances, and collectively, there were a lot of good signs in and out of possession”

Argyle started the game strongly, and chances began to fall thick and fast after the 20-minute mark.

Firstly, a low cross from Jenkins-Davies found Massey in the box whose shot was blocked sharply by the Forest Green goalkeeper.

And the ‘keeper would still have work to do. Just moments later, Jenkins-Davies had his effort denied at the near post as his driven shot was stopped by the leg of the away team shot-stopper.

Argyle would make their visitors pay for their passivity on the half hour mark.

A low cross could only be pushed out to the edge of the 6-yard-box where Massey reacted sharply to slot home Argyle’s opener.

The young Greens maintained the ball well in the lead up to their opener, with a number of passes completed before to generate the chance.

They would only continue to maintain the ball through to the end of the first half with Jamal Salawu coming close to doubling the home lead if not for the last man’s stretching header to prevent a tap in at the back post.

The second half started much the same way, with Argyle dominant on the ball.

This time, only ten minutes would pass before Jenkins-Davies reacted to a sublime pass from Brandon Pursall.

A curling ball from the left touchline found Jenkins-Davies in acres of space in the centre of the box who blasted the ball home for Argyle’s second.

Argyle looked to contain and exploit any openings in Forest Green backline as they continued to dominate the possession.

However, with 15 minutes to go, a rare Forest Green attack meant they cut the deficit in half from close range.

Unshaken by Forest Green’s goal, Argyle attacked in the same manner they had all game and were rewarded when Massey secured his second of the game and the three points for Argyle.

On Massey and the team, Darren commented, “He took his goals really well.

“I thought in terms of the team play and the build-up to those goals were very good.

Darren jovially added, “I hate to think how many passes we completed throughout the whole of that game, so to finish it with three goals is very rewarding.”

Argyle’s win on Saturday means they are level on 19 points with Oxford United in the Youth Alliance League with a game in hand.

Darren described his hopes going forward, “We want to make sure we break into the top three and we haven’t been able to do that since I’ve been here.

“This group, I feel, is strong enough, but it’s easier said than done.

“It’s making sure that we’re professional; It’s making sure we travel well away from home because we’ve got a couple of away fixtures, certainly in the second half of the season.”

Argyle’s under-18s play next Saturday at home to Bristol Rovers.