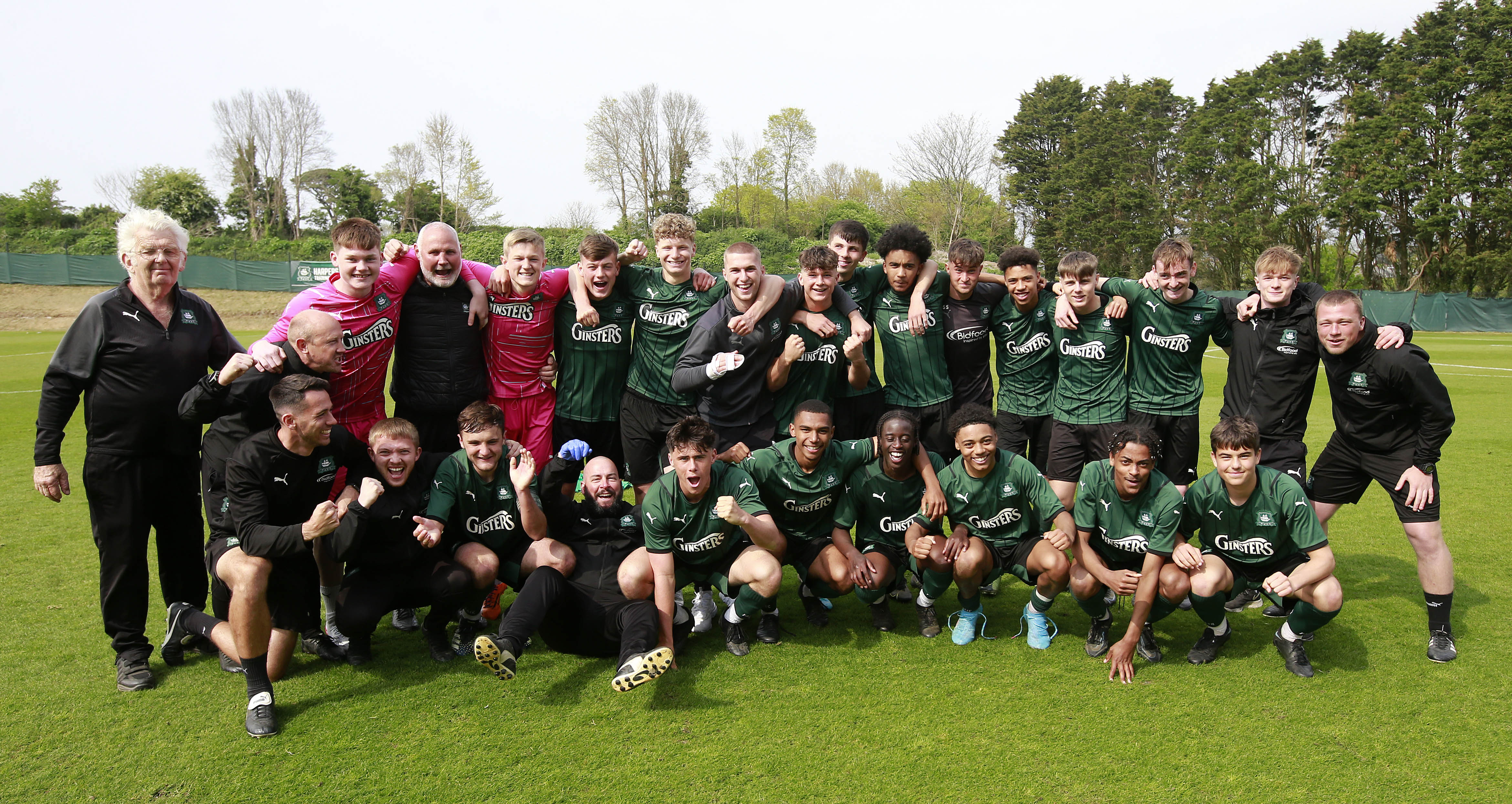 Argyle's youngsters are Youth Alliance Merit League One champions thanks to a superb second half performance that saw them beat Oxford United 4-0 at Harpers Park.

Argyle attacked from the first whistle and midfielder, Waruih, tried his luck from 20 yards but the ball flew just over the far top corner of the visitors’ goal.

The young Pilgrims’ high press strategy caused Oxford problems throughout, a style that has seen them successful throughout the campaign.

The press turned to pressure and Brandon Pursall fired the ball into the area where he found Oscar Massey, but his header went inches wide.

Both sides were now fighting hard for midfield superiority, but it was Argyle who found the way to goal in the dying minutes of the half.

The impressive Caleb Roberts won possession in midfield, was fouled, giving Argyle a free kick in a very hand position.

Pursall's effort was blocked out for a corner from which somehow, the ball fell to Massey, who managed to turn the ball home from inside the box. A half-time lead for Argyle.

Argyle started the second half strongly and had an early chance to double their lead.

Massey was set free in the area, but the visiting goalkeeper made a good save from his final effort.

Argyle kept piling on the pressure in search of that second goal and a great run down the wing by Oscar Rutherford saw him beat his marker before cutting the ball back to Massey, but his shot was blocked on the Oxford goaline.

The ever-dangerous Rutherford was causing problems again and he won a free-kick in a dangerous position on the right.

Pursall swung in a great ball for central defender Ethan Mitchell to head down into the visitor's goal.

Argyle push forward again and are awarded another free kick, on 74 minutes.

Once again dead ball specialist Pursall is pinpoint with his delivery and Waruih is on hand to grab The Greens’ third.

The title is surely Argyle's when, with 10 minutes remaining, Caleb Roberts let fly from long distance to beat the Oxford ‘keeper with a magnificent strike – worthy of winning any league title.

And so it proved, as the final whistle brought the inevitable celebrations and no-one would deny Darren Way's lads their moment of triumph.