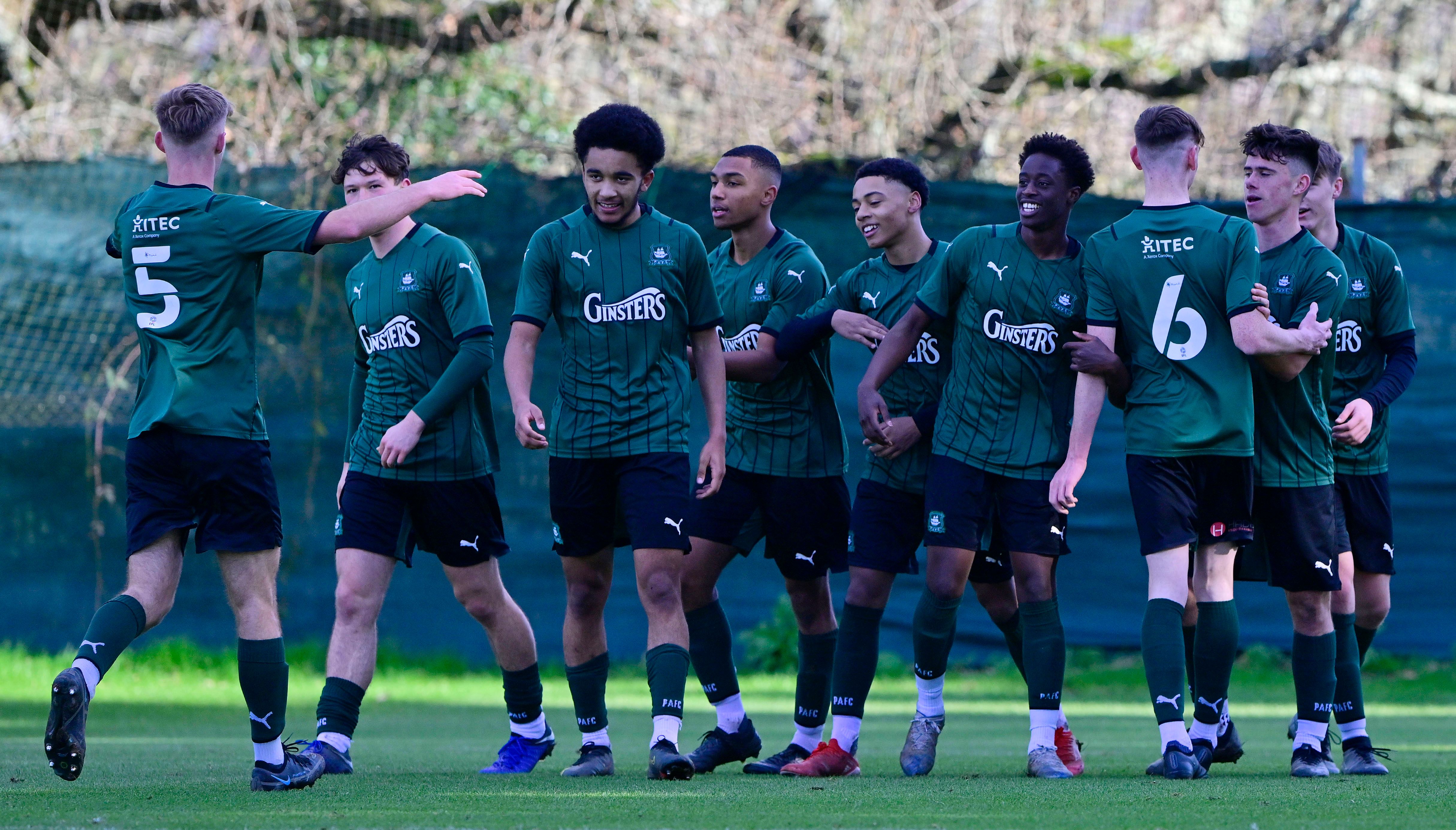 Argyle Academy came from behind to complete a remarkable victory at Coach Road and set up a possible winner takes all encounter at AFC Bournemouth under-18s next weekend.

The young Greens came from behind to beat a Portsmouth side, just below them in the table, 5-3 thanks to goals from Will Jenkins-Davies, Freddie Issaka, Oscar Halls, Oscar Massey and Angel Waruih.

Argyle's success, coupled with Bournemouth's defeat at Oxford United under-18s earlier in the day, sent the Greens to the top of the EFL Youth Alliance Southern section with just one game to play.

Darren Way's side have a three point advantage over the Cherries who are at home to Portsmouth on Tuesday before entertaining Argyle in their final game.

This is possibly the tightest finish ever to a Youth Alliance title race as even Portsmouth can still hold faint hopes of taking the prize as they are five points adrift of Argyle, but play away to Bournemouth and Oxford in their final two matches.

Argyle could have been forgiven for suffering nerves in Saturday's game, played on the artificial surface at Devon County FA headquarters, but they got just the start they required in this crucial match by scoring twice in the opening 12 minutes.

Angel Waruih won the Greens a free-kick on the edge of the area, and Argyle's dead ball specialist Will Jenkins-Davies curled the ball inside the far post with the Pompey goalkeeper left helpless.

This was the Welsh youth international's ninth goal of the season, and it was quickly followed by Freddie Issaka converting from the penalty spot.

Only two great saves from the visiting goalkeeper kept his side in the game and they made the most of this, after good play on the left resulted in a Pompey striker lashing the ball past Lewis Moyle on 22 minutes.

Argyle went close three minutes later, hoping to restore their two goal advantage; good play by Oscar Rutherford freed Jamal Salawu in the area but unfortunately he got underneath the ball and his shot cleared the bar.

The Pilgrims were still looking the better outfit and Waruih’s switch of play to Rutherford created a chance for Salawu who, inside the box, was challenged by the visitor's defender and couldn't get his flick on target.

All Argyle's good work was cancelled out a minute before the break as Pompey were also awarded a penalty which they converted to send the sides in level at half time.

Worse was to come for the Greens when Pompey were awarded another penalty, which they duly converted, three minutes into the second period.

The young Pilgrims responded in great style though, as they pushed their visitors back in the search for an equaliser.

And it duly came on 62 minutes when central defender Oscar Halls headed home from a corner.

Argyle were well on top now, requiring just five minutes to restore their lead through substitute Oscar Massey, who took Jenkins-Davies’ pass to hammer a first time shot into the Pompey net.

Victory was assured in the second minute of stoppage time as Waruih spotted the 'keeper off his line to incredibly lob the stranded custodian from the half-way line to see the curtain fall on an incredible game.

Onto next week now and that battle for the title with Bournemouth.