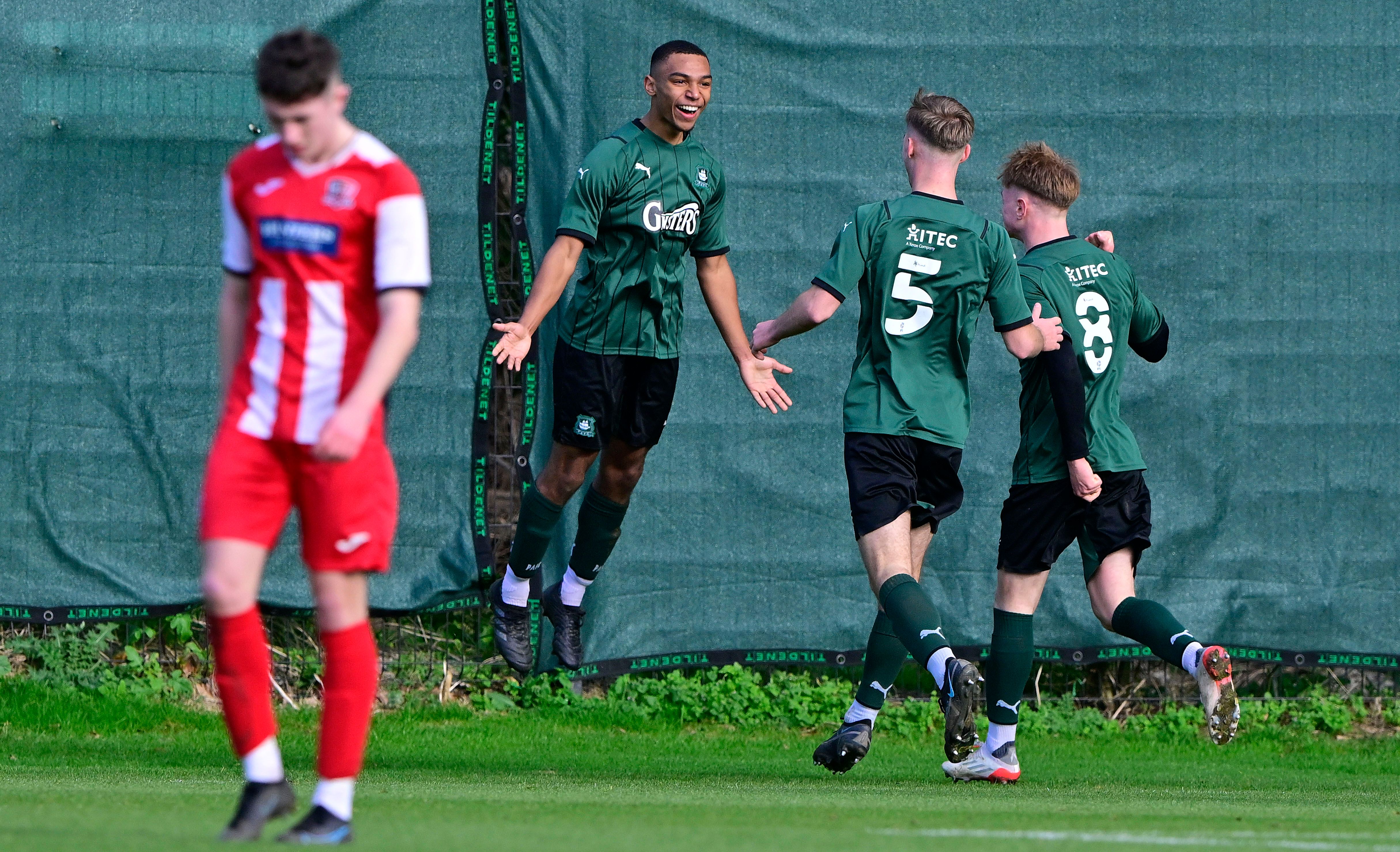 The young Greens marched on as they kept their 100% start to life in the EFL Merit League One very much alive.

Jeffery Forkuo and Kieran Edworthy grabbed the goals, both in the second half, to give the Pilgrims their third win over Exeter this season.

An injury to goalkeeper Lewis Moyle gave Zak Baker the chance to impress and he did just that, saving a penalty just before half time.

It was a fine save, low to his left, to keep out the spot kick and keep the Pilgrims level at the break.

It got worse for the home side, when Exeter were reduced to 10 men on the hour mark.

Argyle took full advantage and five minutes later they made their man advantage pay as midfielder Jeffery Forkuo found space in the box, before calmly slotting the ball home.

The visitors made the points safe, 10 minutes from time, after Edworthy was taken out by the home 'keeper.

Although the Grecian’s stopper saved the substitutes spot kick, Edworthy followed up to ram home the rebound.

Argyle will now travel to Gillingham next Saturday having not conceded a goal in their three victories to date.