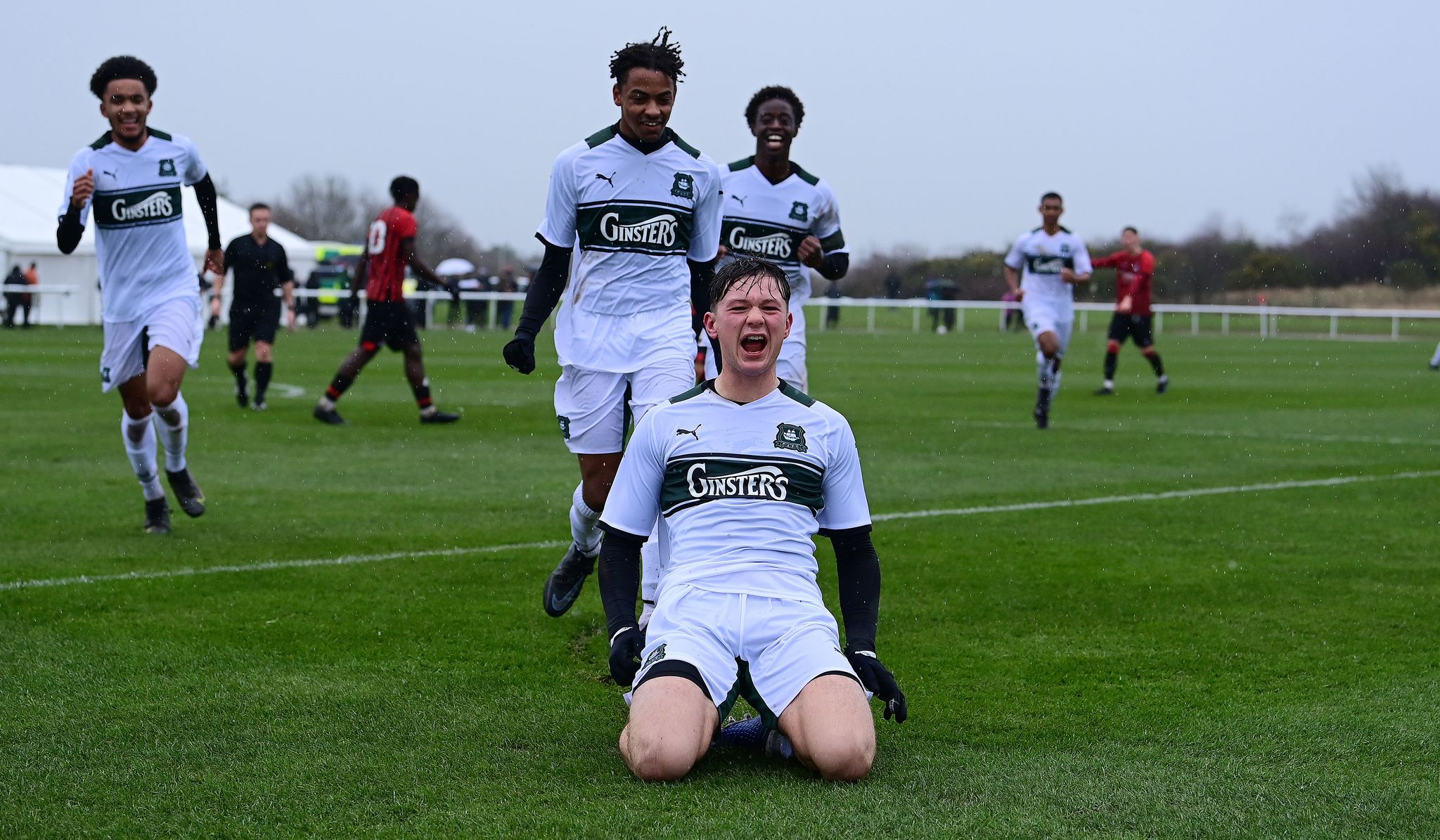 A goal in the first minute of stoppage time robbed the Argyle youngsters of their proud 100% record as they had to settle for a point from their visit to Gillingham.

Oscar Massey had put the Pilgrims in front and on course for a fourth straight win, however Darren Way’s side do remain unbeaten.

This contest, between the Merit League One's top two, was understandably cagey in the first half.

Both teams worked hard but scoring chances were sparse, with Argyle's best attempt coming on 37 minutes.

Freddie Issaka showed great control, from a Zak Baker clearance, before laying it off to Jack Endacott.

The wing-back's cross from the left fell to Oscar Massey but with his back to goal the options were limited and the Gills’ defence managed to clear the danger.

The half time interval did Argyle the world of good.

They required just two minutes of the second period to make the breakthrough.

Oscar Rutherford's quick throw-in sent Jamal  Salawu away down the right and his driven cross found the head of Massey, who sent an angled header into the net.

That settled the Greens down and they began to control the proceedings.

A rare Gills foray into the Argyle area saw a combination of Angel Waruih and Brandon Pursall snuff out the danger.

Argyle were soon back on the front foot and great play by the tricky Rutherford saw him find himself the space to send in a teasing cross which the Gills managed to clear for a corner.

The game had moved into stoppage time when second placed Gillingham became to first side to score against the Pilgrims, who had gone 359 minutes without conceding.