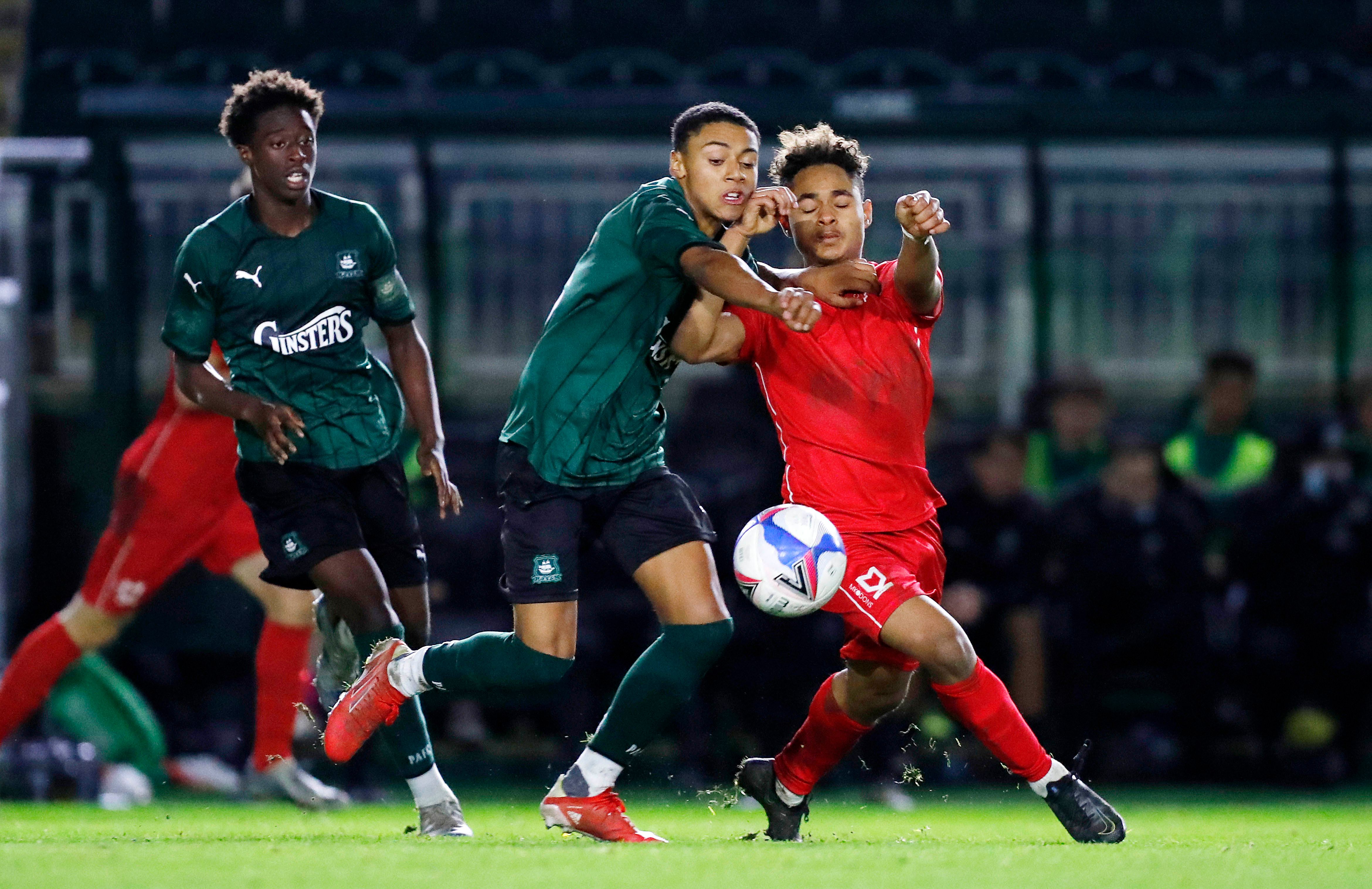 Darren Way’s Argyle youngsters were playing against the forces of Storm Arwen as they came from behind to draw 1-1 at Newport County.

When asked about his thoughts on the game, Darren said, “When we arrived, looking at the pitch, we had to make sure that the players understood what areas we could play and not to make too many mistakes on a poor pitch.

“And then you add the wind to that, it was a difficult game to play in.

“We were very competitive, we had to earn the right to play”

Argyle conceded early on after the wind took hold of looping cross, leaving the ball to sail over Moyle and into the net.

Will Jenkins-Davies’ sublime top-left corner finish put Argyle back on level terms early in the second half.

Darren reflected on the confidence of his younger players, “We knew they went with their experienced players.

“But I felt Caleb Roberts, Freddie Issaka, our younger players dealt with the occasion very well.

“We can take a lot of positives out of today”

Darren’s side showed their character away from home, conceding early on with the wind of Storm Arwen being present throughout the match.

Darren praised the character of the team, “The majority of today’s game was about character and personality.

“When you turn up to a pitch that’s not necessarily adaptable to the way we play, you’ve got to change your game, and a lot of players had to change from the way they normally play.

“To do that, you need to show a little bit of humility and character. And the team showed that.”

Argyle’s youngsters are back in action on Friday in their third round Youth FA Cup tie vs. Brighton.