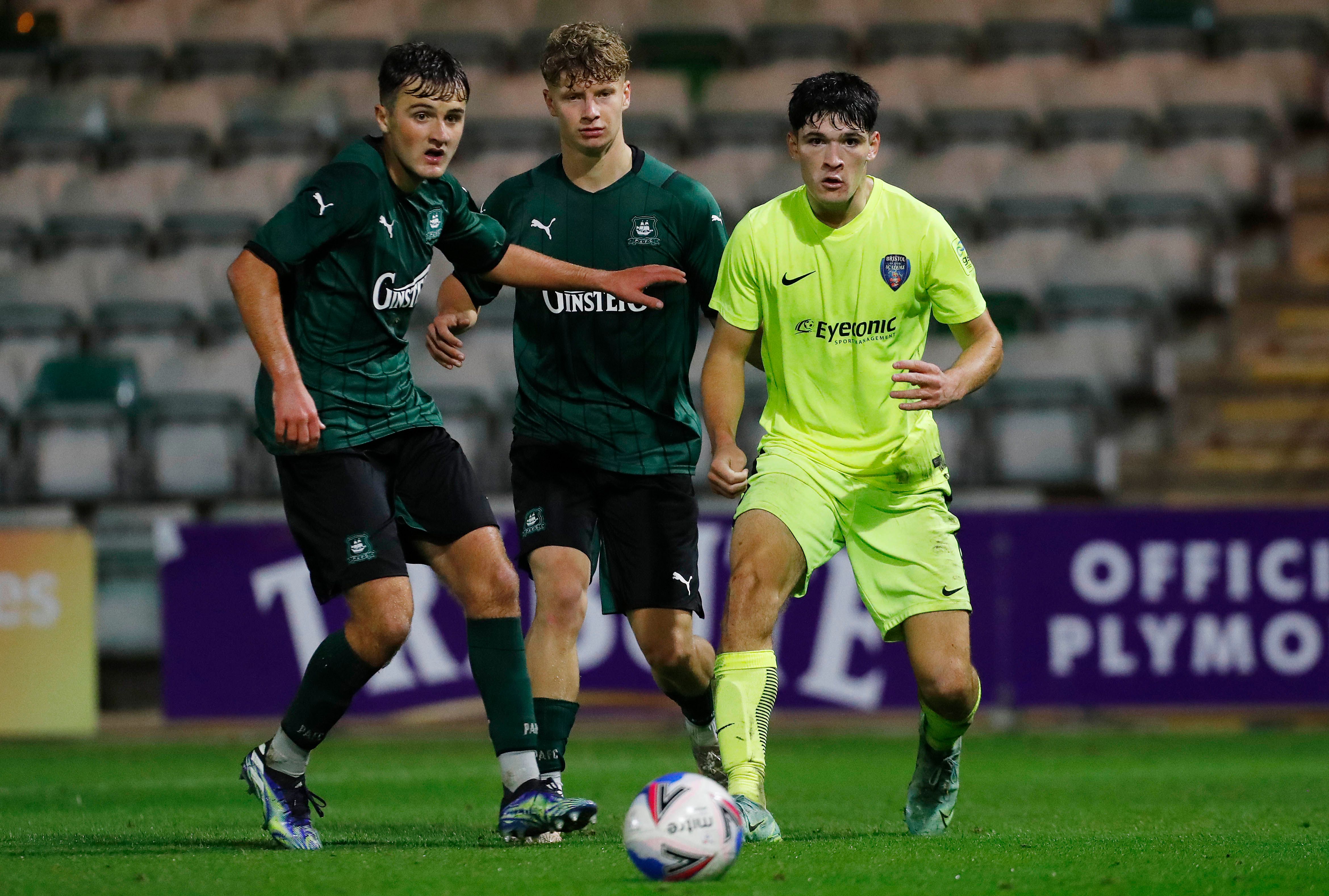 The striker scored the only goal of the the game as Darren Way's side made it five wins from six with a 1-0 triumph away to Stevenage under-18s.

A positive start saw Argyle take a 15th minute lead after Kieran Edworthy, who was bright all afternoon, won possession in midfield before finding Massey who fired home from an acute angle.

It was reward for an energetic start from Argyle, who looked fresh despite a four and a half hour trip to Hertfordshire.

Edworthy, who grabbed the assist for Massey, was at the heart of everything Argyle did well in the first half and was proving a thorn in the Stevenage side.

Good pressing from the forward soon forced a corner but the Greens fail to make the most of it.

Argyle were on top and dictating the play, but Stevenage did carry a threat whenever they attacked.

A rare foray forward by the home side saw them win a free kick in a good position, but they couldn’t make the most of it.

Argyle quickly countered to win a free kick of their own which Brandon Pursall lifted up over the wall, but narrowly over the crossbar.

The visitors had a good chance to increase their lead 10 minutes after half time, but Jack Matthews' towering header narrowly cleared the bar.

Zak Baker was rarely troubled throughout the match but when he was called upon, he was alert.

The ‘keeper made a smart stop to keep out a long range Stevenage effort as the home side tried to push for the equaliser.

Action switched to the other end of the pitch where Caleb Roberts sent in a cracking long range drive that the home 'keeper did well to tip over.

The final minutes of the game saw Stevenage throw everything they had at the Pilgrims’ defence.

Attack after attack came but the Greens repelled the lot. The closest Stevenage got to an equaliser was a shot from the edge of the box which went wide.

The game became a bit end to end in the final few minutes but Argyle dealt with the danger and in fact, Argyle nearly grabbed a second when substitute, and debutant at under-18 level, Henry Donovan saw his goal bound effort blocked.

In the end, once again the Argyle defence showed their quality, with a fifth clean sheet in their six Merit League One games, to earn the side yet another victory that keeps them in charge at the top of the table.