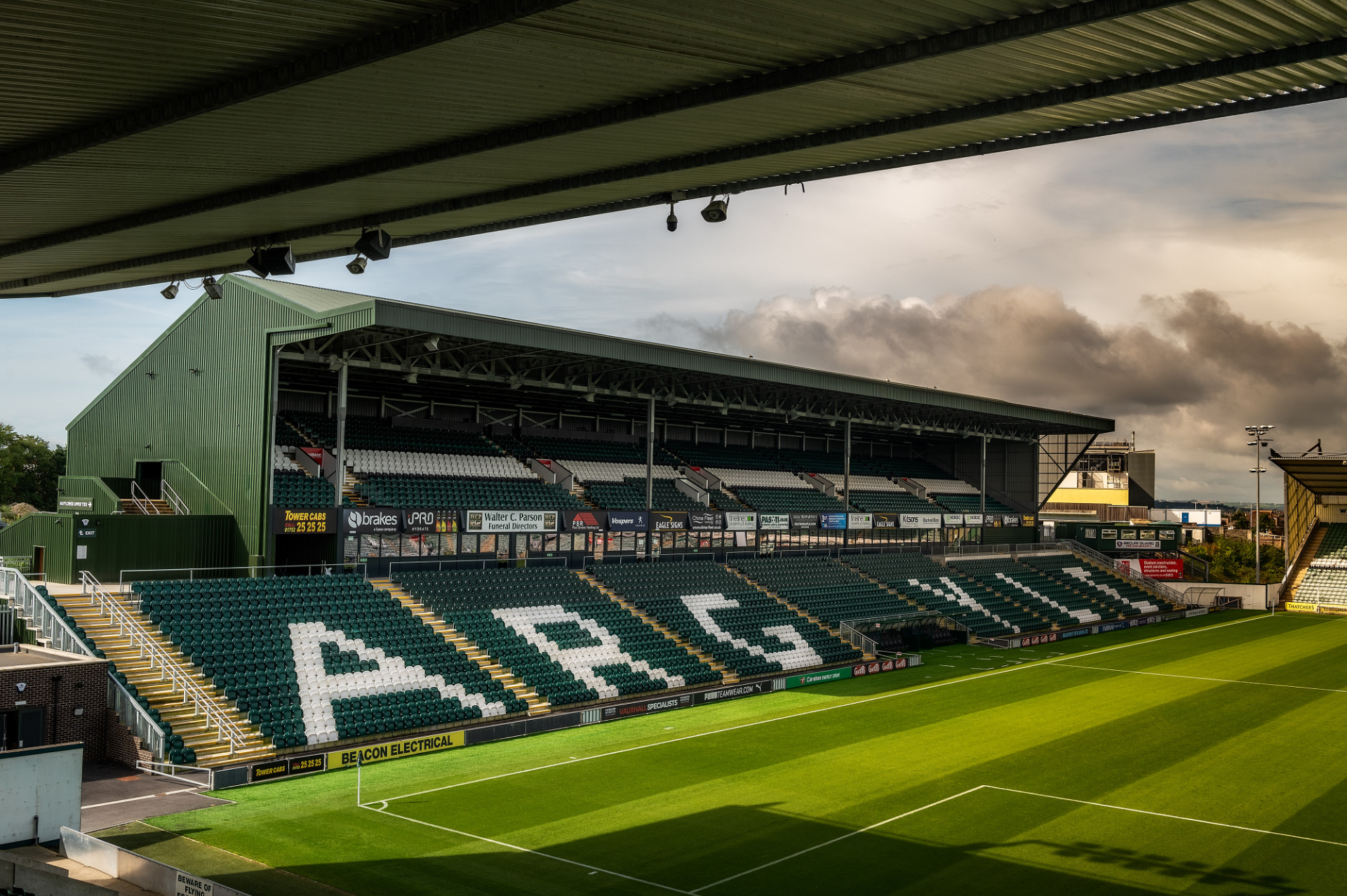 The club is writing to supporters to provide the following update on the ticketing situation in the Mayflower Grandstand Lower Tier.

We have received a few comments from supporters querying that the Mayflower Grandstand Lower Tier was sold out for the visit of Burton Albion at the weekend.

For clarity, Blocks A-F in the Lower Mayflower Grandstand contain a significant number of pre-purchased tickets for various reasons, including sponsors, hospitality guests, Academy players and friends and family of first-team players and staff.

Whilst these areas may appear empty and unsold, this is often not the case. Not all match tickets and seats are used, despite being sold, and therefore sold-out areas can sometimes appear empty.

We have also received feedback from Flexi ticket holders unable to redeem tickets in their preferred Lower Mayflower seats on the day of the fixture.

While the team is performing so well and attendances are as high as they are, it is likely that the Lower Mayflower, as well as other popular areas of the stadium, will be sold out before match-day.

Flexi ticket holders are encouraged to use their priority status to reserve their preferred seats before they go on general sale.

However, we do recognise that the Lower Mayflower is a popular location to purchase tickets. As such, we will implement some adjustments to seating arrangements, making a number of additional match tickets available on a game-by-game basis in this area, starting with the visit of Bolton Wanderers.

This also includes the re-opening of Block G for individual match purchases. We had received a number of complaints from supporters regarding the match-day experience in Block G, which came to a head at the Sheffield Wednesday fixture.

As a result, while an internal investigation was carried out by the club, individual match tickets were made unavailable in the short-term. Having consulted with stakeholders, including a number of ticket holders in Block G, we are suitably satisfied that a solution has been reached.

Existing ticket holders in the Block G area of the Lower Mayflower Grandstand expressed an interest in moving to the area of the stadium referred to as ‘Zoo Corner’, historically one of the loudest sections of Home Park on a match-day.

Having taken on feedback, considering the match-day experience for all supporters, we are delighted to be able to reintroduce ticket sales in Block 16 for the louder members of the Green Army. This will begin from the visit of Bolton Wanderers, and be in place for all home league fixtures moving forward.

Tickets will be available for match sales from Friday 15 October once all Season Ticket holders wishing to move to Block 16 have been given the opportunity to do so.

We encourage families and younger supporters to purchase tickets in the Lower Mayflower, including in Block G, with the facilities and pricing structure particularly supportive to younger people taking their first steps towards becoming life-long supporters of Argyle.

To book your tickets for the visit of Bolton Wanderers, or for any upcoming game at Home Park, visit argyletickets.com, the Home Park Ticket Office in person, or call 01752 907700.