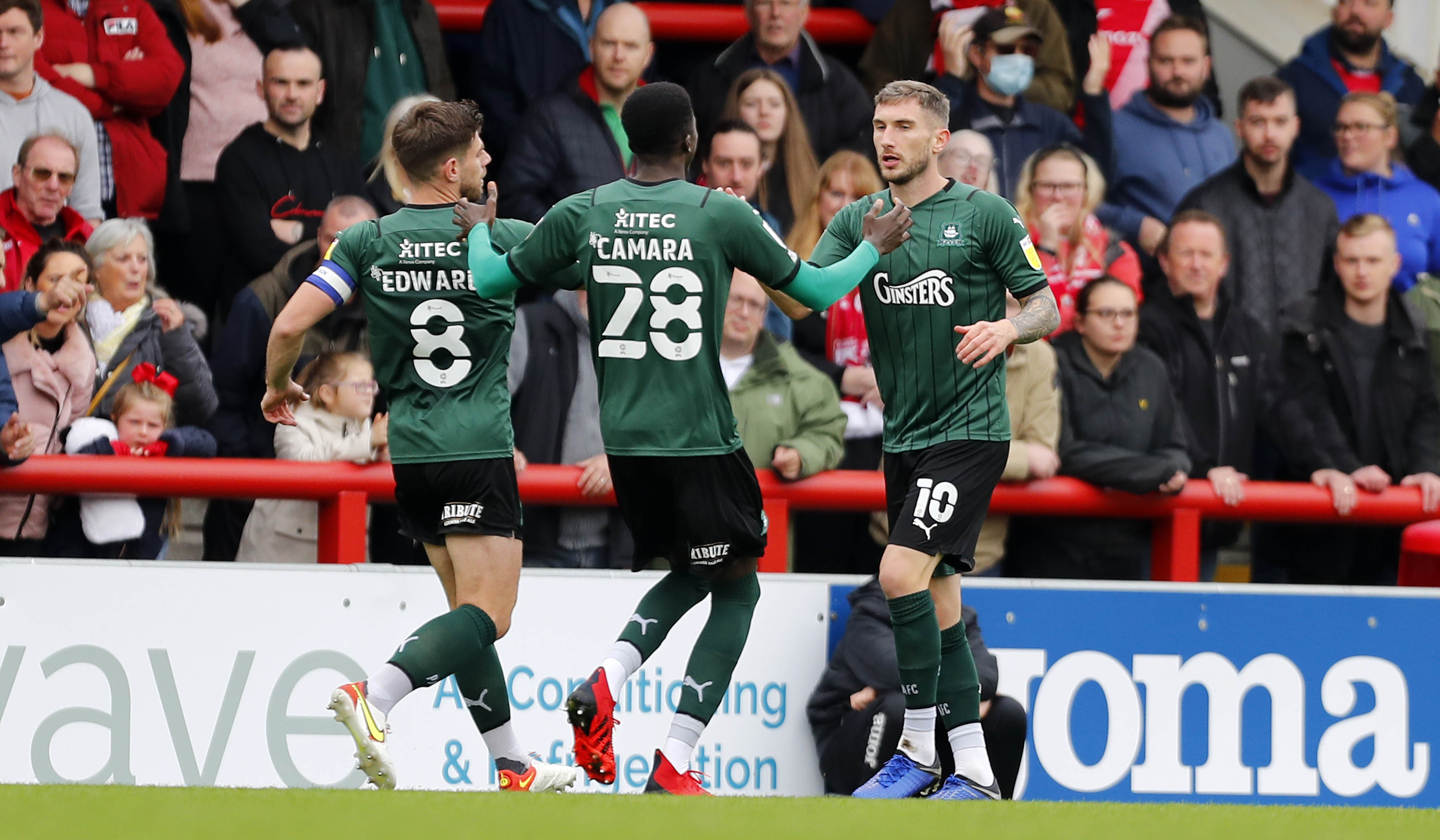 Mayor made up with first goal

Danny Mayor capped his first Sky Bet League One start in two months with the equalising goal against Morecambe.

The midfielder, who picked up an injury in the win over Peterborough United in the Carabao Cup in August, played the full 90 minutes in Argyle’s draw.

After the game he said, “It’s nice to get my first start in a while, it’s been a long two months since the Peterborough game, so I am glad to get back.

“Broomy and Pan have been on fire and so there is a lot of competition in that midfield now.

“I know the way we play and the pattens of play as well, so it was quite easy to slip back in.

“It’s also nice to play in a team that is doing so well.”

During his time away from the side, Danny had to stick to watching his teammates, something he admits he isn’t the best at.

He said, “I don’t normally enjoy watching, I get a bit anxious and nervous – just because I really want the lads to win.

“I am not a great watcher, but this season has been pretty easy because we’ve been doing brilliantly.”

His impact on the game was there to see, grabbing the equalising goal just five minutes after Argyle fell behind.

He said “I thought Ryan was going to put it in, I was just lucky that I was there to tap in in.

“I think you can see this season that we have that experience.

“Last season we were quite a young team but this year we have the likes of Willo and Scarrsy and Brendan.

“We don’t panic in games now.”