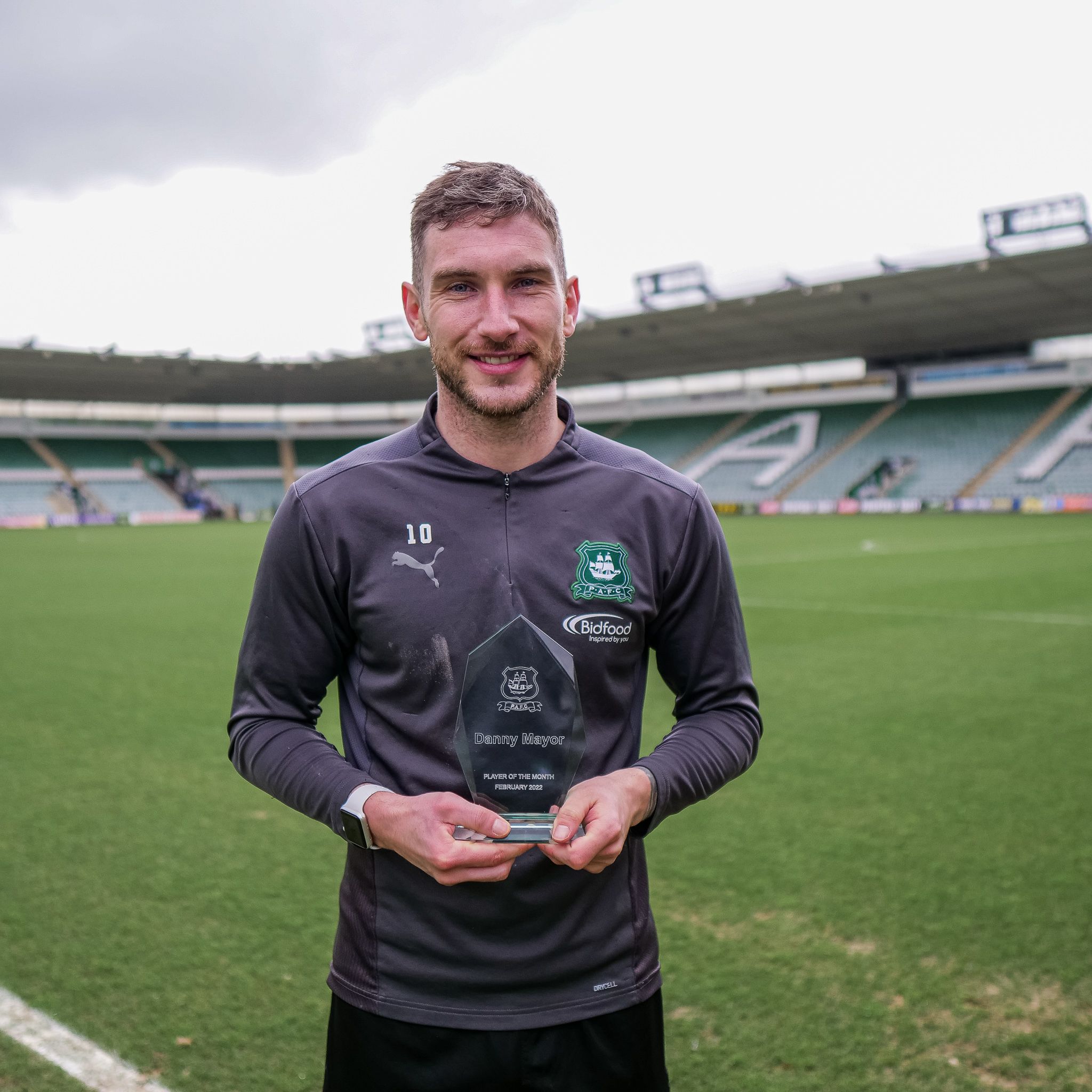 Midfield maestro Danny Mayor edged out stiff competition from Mike Cooper to be voted your Player of the Month for February.

In a month which saw the Greens narrowly beaten by European champions Chelsea at Stamford Bridge, while keeping pace with the Sky Bet League One play-off places, Danny was at his magical best, picking up the Green Army’s Man of the Match award for performances against Gillingham and Rotherham United.

The 31-year-old was an ever-present in a month that contained over 1000 miles of travel for the Greens, a real boost after an injury interrupted start to the 21/22 campaign.

“I would like to thank the fans for their support, I’m not one for individual accolades but I am pleased to be able to contribute at such a crucial time in the season.

“I had a frustrating start to the season with the injury but I am in a good place now, and that is behind me. My focus is on staying fit and sharp for the run-in – we have a great squad capable of competing with the best at this level and we have the opportunity to prove that over the next 13 games.”