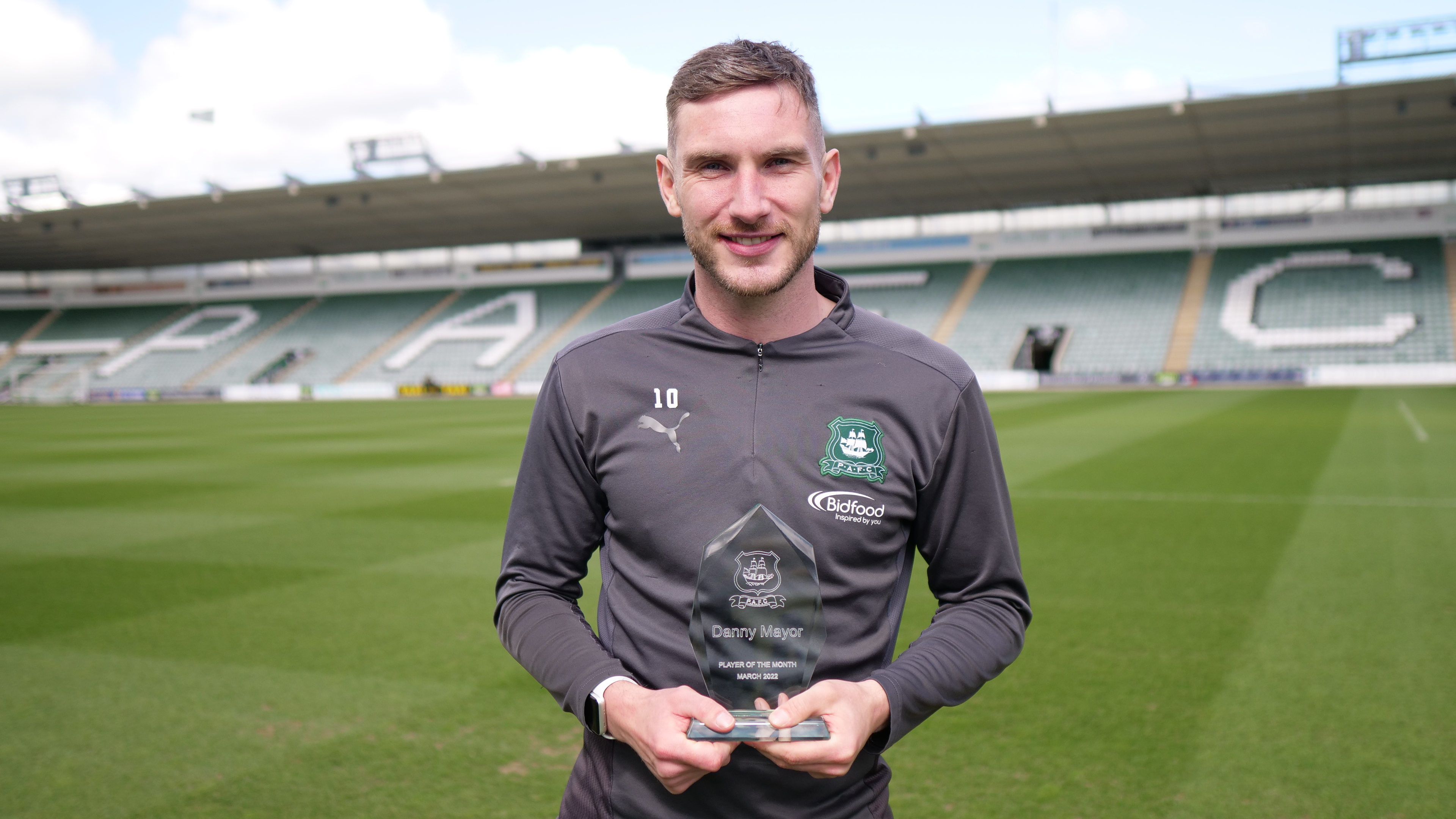 Danny Mayor’s magic March earned him his second consecutive Player of the Month award, voted for by the Green Army.

Danny was a big part of a record breaking month for the Greens, which saw them win six games in a row without conceding.

The 31 year old grabbed four assists and one goal - a total involvement in just less than half of the Pilgrims’ goals throughout March.

That strike, his third of the season, was a delicate, volleyed lob to clinch a 2-0 win over Cheltenham Town at Home Park but it was his link up play with Ryan Hardie which really caught the eye.

It saw Hardie benefit with three goals created by Danny, twice with flicked headers from a Mayor cross while an eye of the needle through ball set up the Greens’ top scorer for the opener against AFC Wimbledon.

On receiving the award Danny said, “I would like to thank the fans once again for their support over the past month.

“I am really pleased with the way the side are playing at the moment and to be able to contribute with goals, assists or just good performances, is always something I try to do.

“I think you could have picked anyone from our squad last month, we had an incredible March and it just proves how good this group of players is. We want to try and continue the good run we have been on and finish the season strongly.”