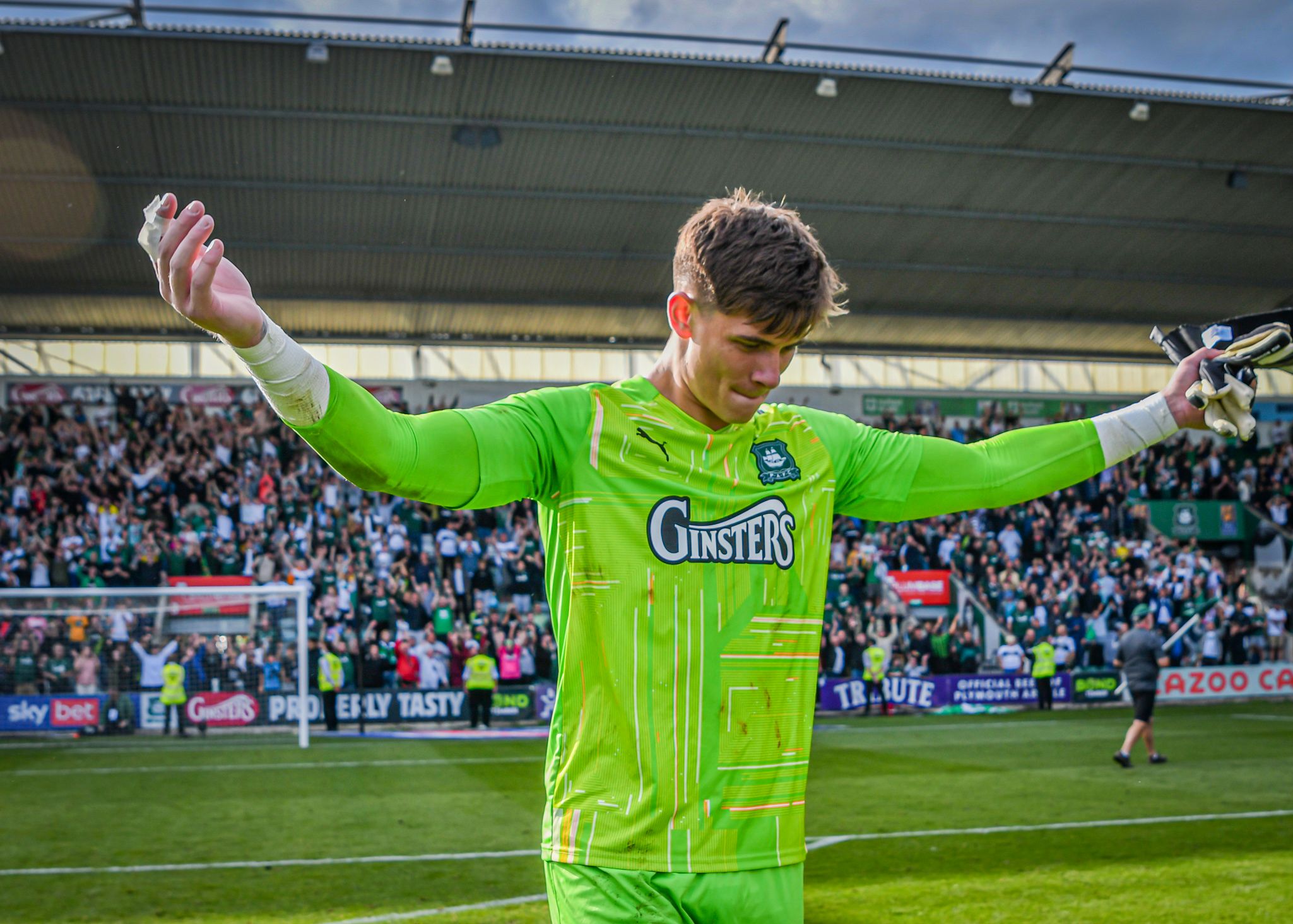 Mike makes Team of the Season

Argyle goalkeeper Mike Cooper has been named in the 2021/22 Sky Bet League One team of the season.

The 22-year-old has had a remarkable year, keeping 22 clean sheets - with 18 of those coming in the league.

The Academy graduate has not only established himself as the league’s top ‘keeper, but he has also drawn plaudits from around the country.

His man of the match performance against Chelsea in the fourth round of the Emirates FA Cup, meant the world saw his quality, with pundits and former pros singing his praises.

In a season which has seen him develop as a player, Mike has also gone past the 100-game mark in a Green shirt, playing every single minute of Argyle’s Sky Bet League One season to date.

Argyle’s strong defensive record has been the cornerstone for their impressive season.

With 43 goals conceded in Sky Bet League One, only the top two in Wigan Athletic and Rotherham United have let in fewer goals than Argyle, with Mike also topping the clean sheet list in the division.

Those shut outs, particularly at home, have seen Argyle push the big boys in the league all the way, and with one game to play, the Greens are in a strong position to finish the season in the play-offs.

That defensive home record has seen Mike go ten and a half hours without conceding at Home Park, that’s seven clean sheets in a row.

If he were to do the same against Milton Keynes Dons on the final game of the season, Mike will move up to join second in the all-time record of consecutive home clean sheets for Argyle.

His performances throughout the season have rightly been rewarded and he will take his place amongst the best in the division.

It is obviously a proud moment for Mike, who only established himself as Argyle’s number one last season and he is delighted he has been able to gain this success at his boyhood club.

On making the team of the season Mike said, “It obviously feels good, I am a bit lost for words really, but I am really happy with the award.

“It’s been a whirlwind year; we’ve had incredible runs, the FA Cup, times when we’ve had a dip, but it’s been a really successful season.

“To be able to have done what I have done and kept the amount of clean sheets we have done is testament to the team really and the way we have played all season.

“They are as much the defenders’ clean sheets as they are mine, we bail each other out, we work as a team and are so well organised.

“I’ve always been here at Argyle, which I am really happy about.

“To play every week, to help the team, I am so happy about it and hope to continue to keep doing well and performing for this team.