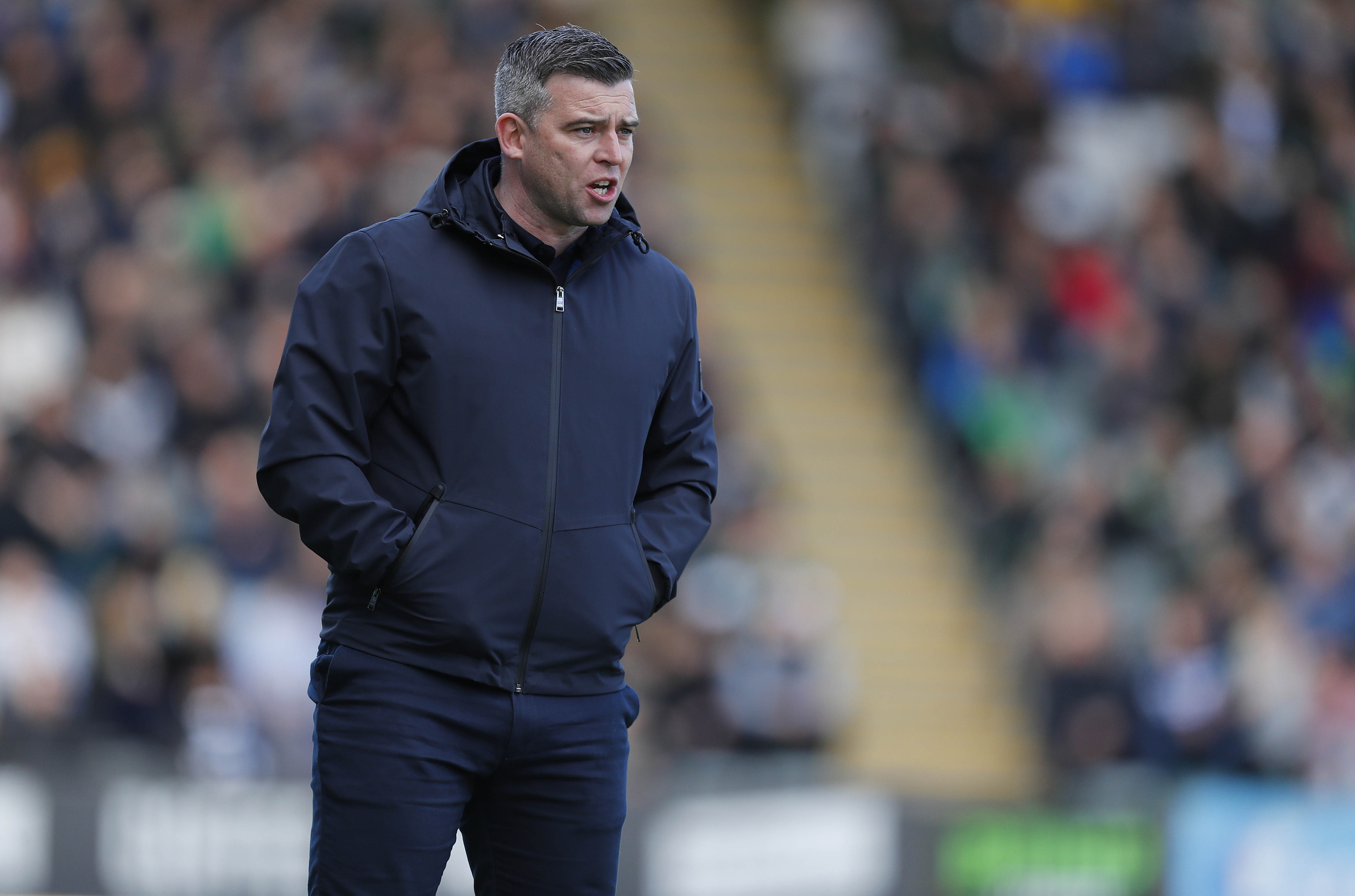 Steven Schumacher was full of praise for his players after Argyle’s 2-0 win over Morecambe on Saturday afternoon.

The Greens had lost their previous two matches, without scoring, and had to contend with a Morecambe side buoyed from the appointment of Derek Adams and scrapping for their lives at the bottom of the table.

“It was good to get the three points especially after the last two results that we’ve had,” Steven said speaking after the game.

“It was important to start this month well and with that performance and result, we have.”

Argyle started the game quickly and asserted their authority on the game from the very first minute.

The pressure finally told when Conor Grant scored a rare headed goal, leaping at the back post to power home a Ryan Broom cross.

It was just reward for the Greens, who had dominated proceedings, even if it did come in unusual circumstances.

“I think that’s the first time Conor has headed the ball since he was about nine, but it was a lovely move and was well worked.” Steven said.

“It was a lovely stood up ball and a brave header.”

That goal was followed by a second just before the half time interval when Ryan Hardie got the feintest of touches on a Danny Mayor cross.

The scoreline didn’t flatter Argyle and Steven was pleased that they had managed to make the most of the opportunities they created.

“Getting the early goal helped,” he said. “To get the two goal cushion into half time was great and we made sure we didn’t let the tempo drop.

“It was always going to be a tough game and even though the score line might say it was comfortable, it really was difficult.

“They had a few chances; Michael made some good saves but to get the three points is the main thing.

“We have loads of positives from the game. Derek Adams has that side well drilled and defensively solid, so we had to be patient.”

One of the keys for Argyle all afternoon was the link up play down the left hand side. It was from the play on the left wing that the second goal came about.

The ever impressive Danny Mayor was weaving his usual magic throughout the game and put in an incredible cross for Hardie’s goal.

Steven was extremely pleased with that aspect of today’s game.

He said, “I thought the three of them on the left were brilliant today. Danny, Macca and Conor caused them all sorts of problems.

“Both goals were great goals and the type of goals that we like to score. I thought the lads played incredibly well.”

The victory kicks off a busy month in the best possible way and with a meeting with AFC Wimbledon at Home Park on Tuesday night, the Greens have gained a bit of momentum.

Steven said, “Now we’re in the final stretch of the season, it’s important to get a good start in March to set us up and get that momentum going.

“Today could have been a bit of banana skin and it was a bit of a strange atmosphere and maybe everybody expected us to win, but they are tough games and the players deserve a lot of credit.”