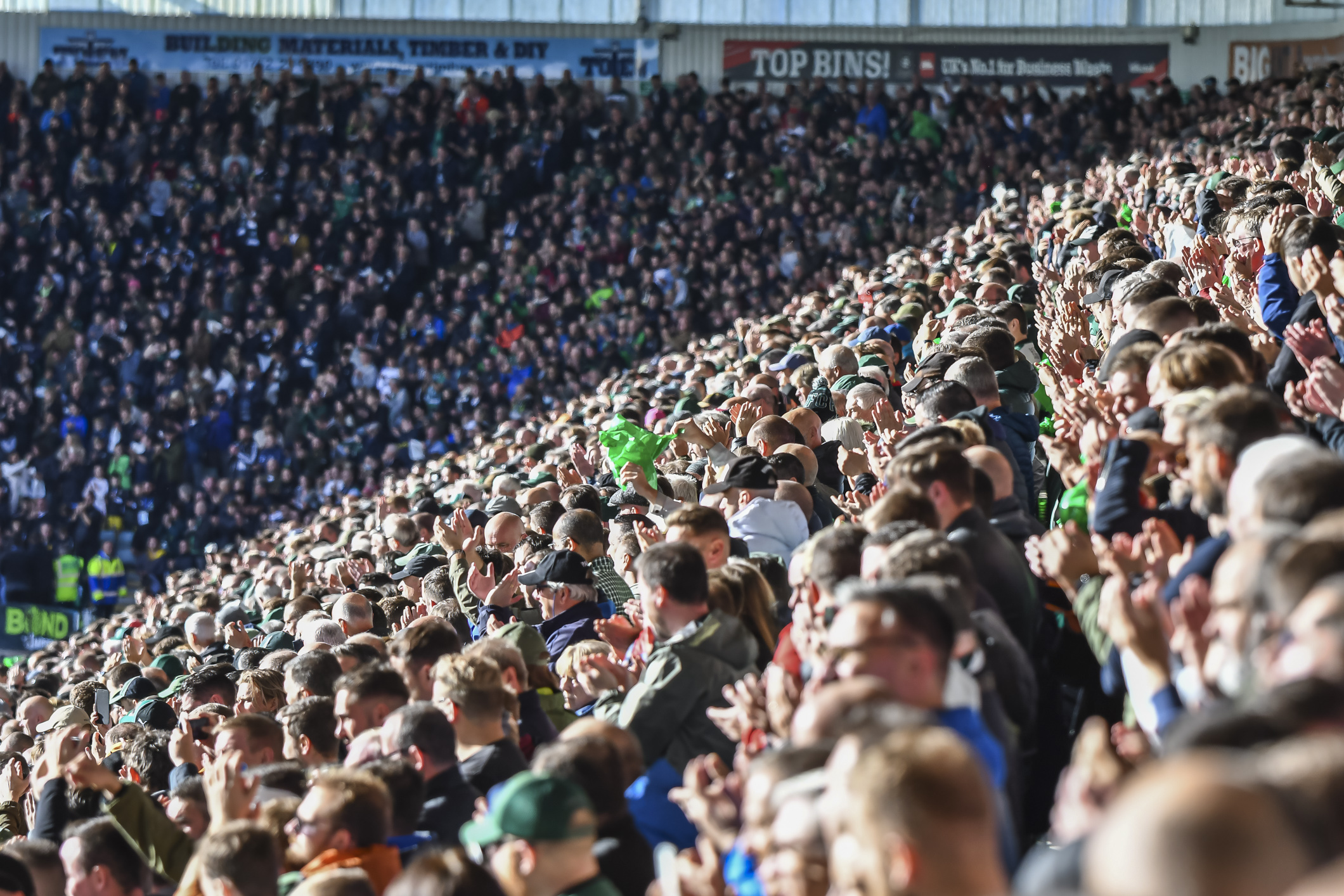 Tickets for the Greens’ Sky Bet League One clash with Morecambe on Saturday, 5 March will go on sale to Flexi Ticket holders and Big Green Lottery members from 9.30am on Monday, 14 February.

It will be the first time that Argyle have hosted the Shrimps since 2019, when George Cooper, Antoni Sarcevic and Conor Grant were on target in a 3-0 win in Sky Bet League Two.

Earlier this season, Danny Mayor scored in a 1-1 draw at the Mazuma Stadium.

Tickets will then go on General Sale from 9.30am on Monday, 21 February.