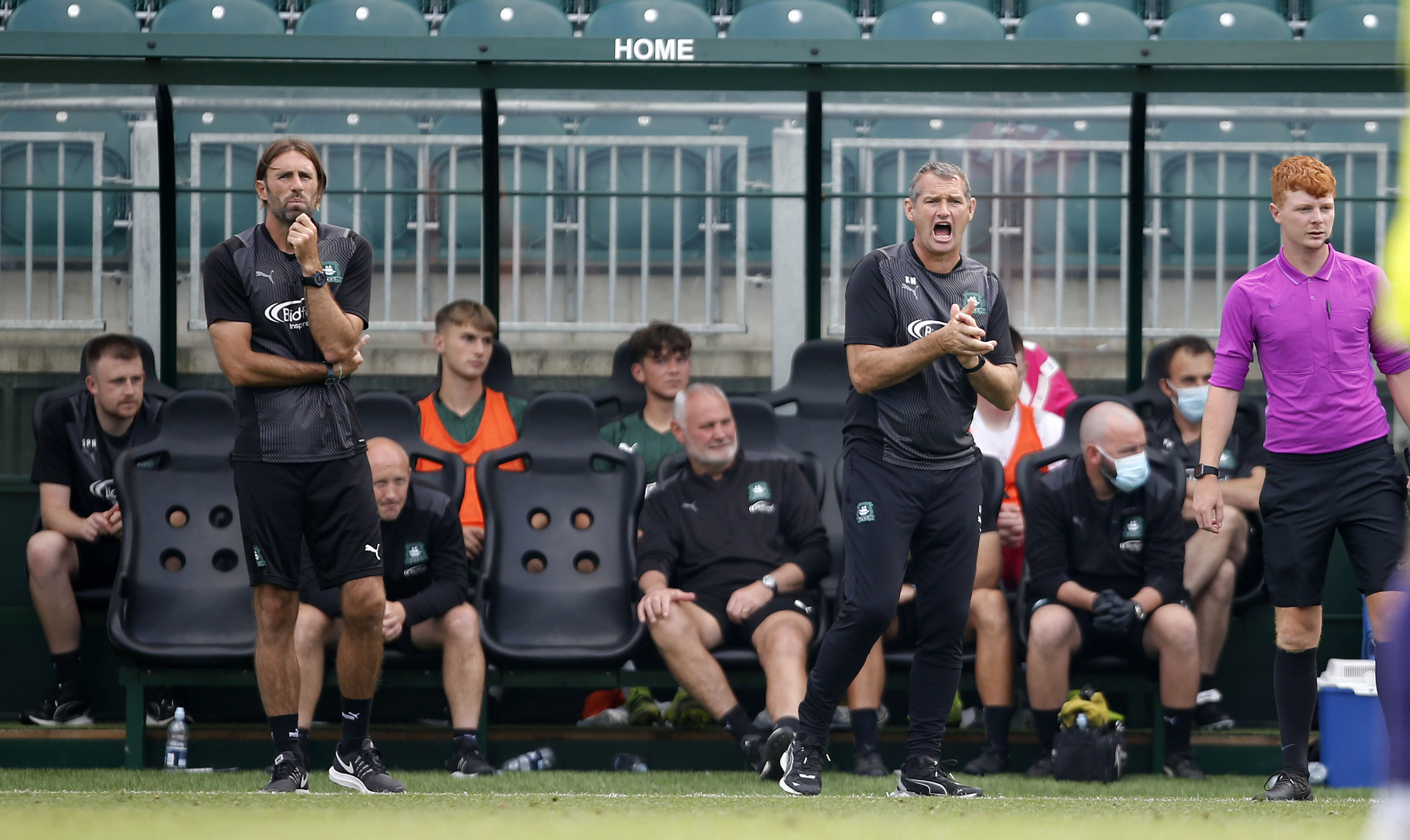 A double from Ben Seymour saw the Greens fall two goals behind deep into the second half, but an immediate response from the impressive Ryan Law sparked a late fightback that nearly saw Argyle level at the death.

“Bad start to the game, I don’t know what it was, within two minutes we’re 1-0 down and we’re chasing it a little bit. Credit to the lads, they stuck at, they dug in, commitment was excellent, but we just fell a little bit short.”

“I’m hurting. If we’re playing Exeter in the under-8s, under-9s, or the first-team, we want to win – and that’s the way it should be – so I’m hurting about that. I’m very proud of the lads, they gave us everything, they did what we asked them to do, we just fell a little bit short in the final-third.”

The Pilgrims fielded a young team, even by the competition’s standards, opting to rest a number of eligible first-team players after a gruelling start to the Sky Bet League One campaign. Despite coming up against a Grecians side a little bit further along in their development, Nancekivell did not use that as an excuse for the loss.

He said: “Listen, they had some experienced boys in there, but we’ve had a few that have been in and around the first team for some time now, so that wasn’t such a big thing – we just felt that we ran out of time a little bit, and in certain areas we made the wrong choices at the wrong times.

“The priority is, and always will be, the first-team and Sheffield Wednesday. We need to make sure that we’re right for that, and it’s a great opportunity for the boys that have played today to showcase what they can do in front of a decent crowd, in front of Argyle TV, on the main pitch against Exeter.

“It’s all about development. We’re gutted, disappointed and hurt that we’re not going to play six games against Category One teams, because that is really important for us. We haven’t, we’ve got beat, we’ve got to take it on the chin, and keep working hard to make sure that when the next opportunity comes, we take it.”