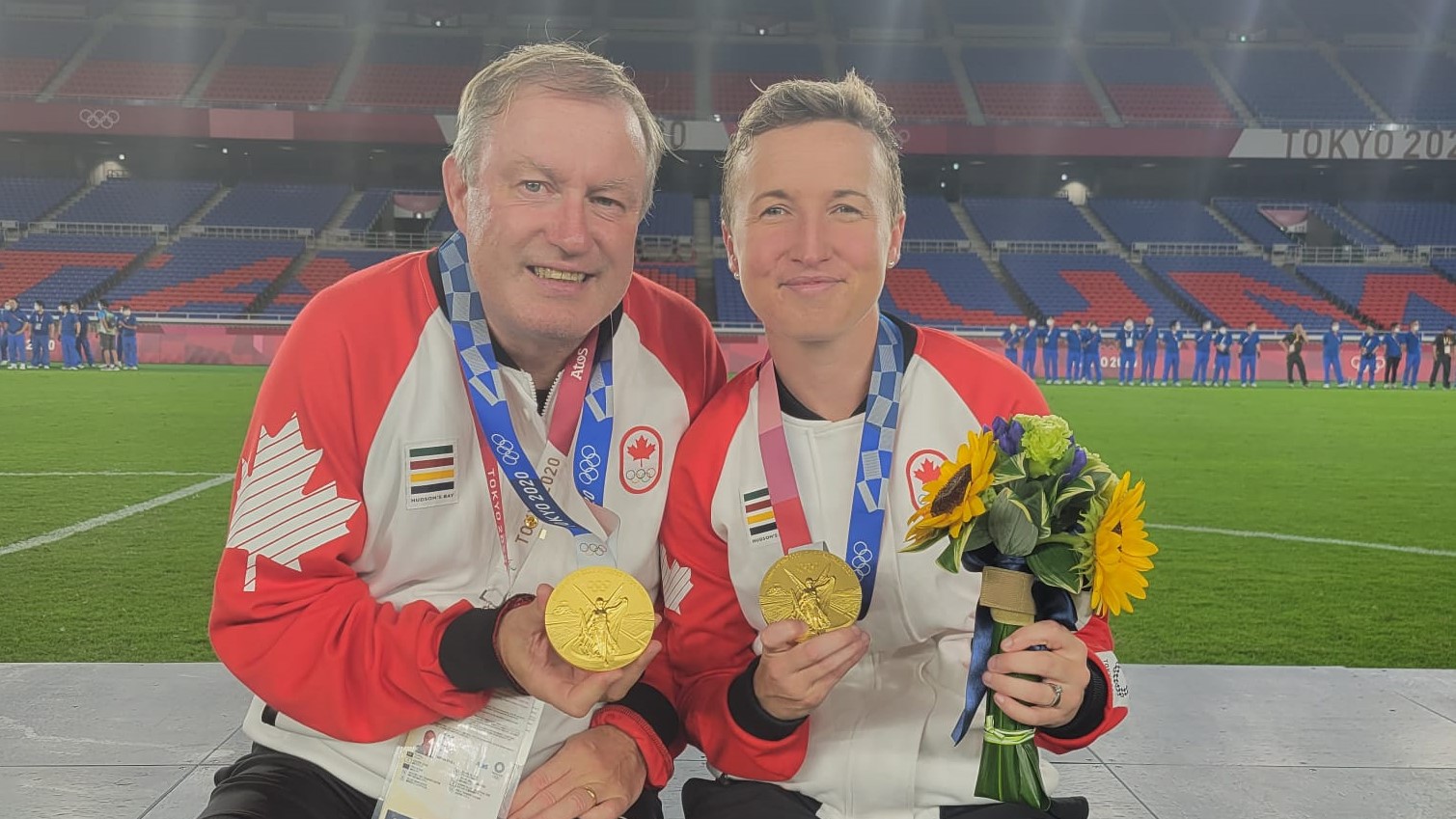 Argyle’s Director of Football Neil Dewsnip is raring to get back to the day job after a successful three weeks in Japan where he helped the Canadian Women’s football team win their first ever gold medal.

Neil was brought in to assist head coach Bev Priestman, who he knew from his time working at the FA.

Having drawn their opening game against hosts Japan, a win against Chile and a 1-1 draw with Team GB meant that Canada finished second in their group and would go on to play Brazil in the quarter finals.

They got past the South Americans on penalties to set up the game of the tournament against neighbours and rivals USA.

A 1-0 win meant that not only had Canada beaten their illustrious neighbours for the first time in 25 years, but they had also bettered their previous best showing at an Olympics.

Going into the games, Canada Women were ranked eighth in the world and weren’t fancied by many to even get a medal.

But the mood from within the squad was confident, they were out to do something special.

Neil said, “The pitch from Bev Priestman was to change the colour of the medal. That was the key message. Canada had been to the last two games and got bronze.

“The expectations were high, but the reality was that there was going to be an incredibly high standard.

Having knocked the four-time Olympic champions, USA, out at the semi-final stage, the final hurdle was Sweden, the runners up five years earlier in Rio.

Back home in Canada the attention on the team was at fever pitch, not only had they reached their first Olympic final, but they had knocked out their biggest rivals in the process.

Neil said, “They were absolutely ecstatic. They had beaten the USA. It was like Argyle beating Exeter 10-0 or Everton beating Liverpool, it was immense for them.

“I worried that that game was their final, but we still had a final against Sweden, probably the best team in the tournament.

“On the morning of the final Bev, the coach, gets a video call from the Prime Minister, Justin Trudeau. What amazed me was that there was so much reaction and media attention in Canada but when you’re in the Olympic bubble, you don’t know.”

The nerves clearly did get to the team, Sweden started the stronger and raced into a first half lead, but the Canadians showed their quality to equalise after the break and then went on to win an epic penalty shootout, 3-2.

It was the best that the Canadian team had ever done at a major tournament. Two bronze medals at the last two Olympic Games and a fourth placed finish at the World Cup in 2003 had been eclipsed. Olympic champions.

Neil said, “It was absolutely amazing. It’s an amazing achievement because there would have been other nations who were more strongly fancied.

“The team had two fantastic qualities, they had immense personality both on and off the field. They stuck together, they competed like crazy, they were incredibly passionate. The second was that they were very good listeners and learners.

“The experience would go beyond anything I’ve experienced before, just because it’s not just your event. The Olympic Games is just massive because of all the other sports.

“The euphoria of winning would be the same as the World Cup with the U17’s in India or the Euros with the U19’s in Georgia, but the difference with the Olympics is because everybody knows.”

During his time away Neil has also had an eye on the preparations to the start of the new Sky Bet League One season and has been in constant contact with Ryan Lowe and his staff.

He said, “Ryan Facetimed me from the training ground and the lads are in the background.

“We had just won, and I presume they had just finished training and they were all jumping up and down and wanted to see the medal. Now that was pretty special, that was unbelievable.

“I had daily contact with Ryan and have known everything that was going on back at Home Park.

“I can’t wait to get back working, I’m really excited about the season and am sure with the recruitment and how pre-season has gone we will be very competitive.”