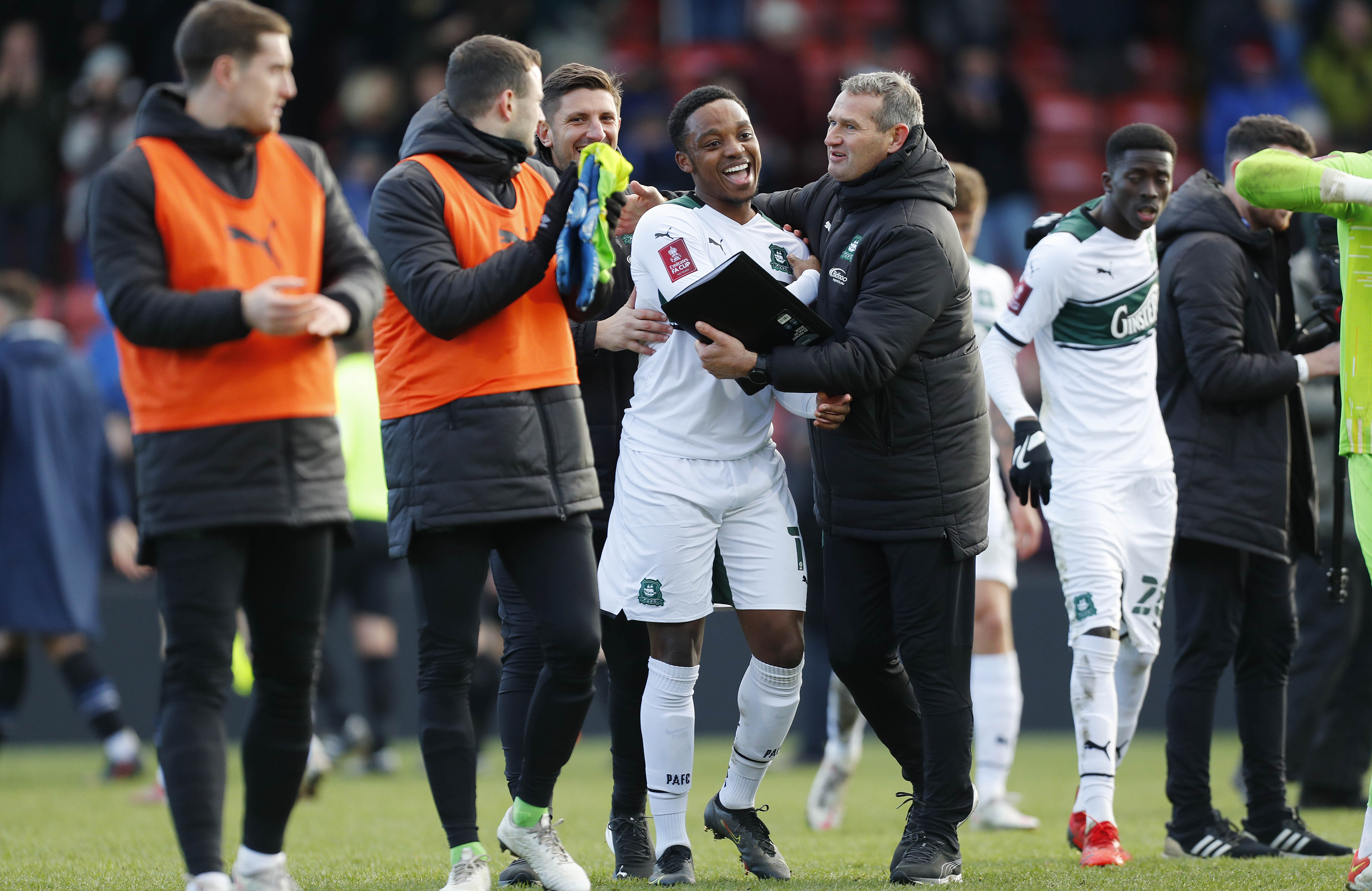 Niall thrilled to be back

After four months side-lined with a hamstring injury, striker Niall Ennis returned to the pitch on Sunday afternoon in Argyle’s 2-1 victory over Rochdale in the second round of the Emirates FA Cup.

Niall came on as a substitute in the 84th minute to help drive the Greens to their victory and is feeling positive about his return.

He said: “It’s very good to be back with the team and obviously get the result.

“It’s been a while but I’m just happy to be amongst it now, I just hope I can kick on from there.

“I’d like to thank all the staff that helped me get back. It’s just good to test out my hamstring and it feels good now, so it’s just about getting the sharpness and hopefully I can get back to myself.”

Niall has said that the togetherness of the club, and the chance of being able to finally play in front of the fans was a driving him on to be back and part of the team.

He said: “Before when I was behind the dugout watching [the games], you’re with the team but you’re not really feeling like you’re involved, but getting a strip on, getting back amongst it again just felt good and to play in front of the fans and let them see what I’m about.

“I hadn’t played in front of the fans yet, so knowing I was going to come on I was just thinking ‘am I going to fit the game?’, but you always have to back yourself.

“We’ve got a good environment in the club, you can see, with the fans, the connection and the singing. It’s a really good changing room so, when I was injured at the start, everyone was helping me get back fit so it’s good to just be amongst the team as one.”

With Argyle now into the hat for the third-round draw, Niall has given his preference for who the Pilgrims will face next.

He said: “Any big team. It’s a good day out for the fans and it’s a good experience for the team as well to test ourselves. We just need to back ourselves and hopefully it’s a good draw.”