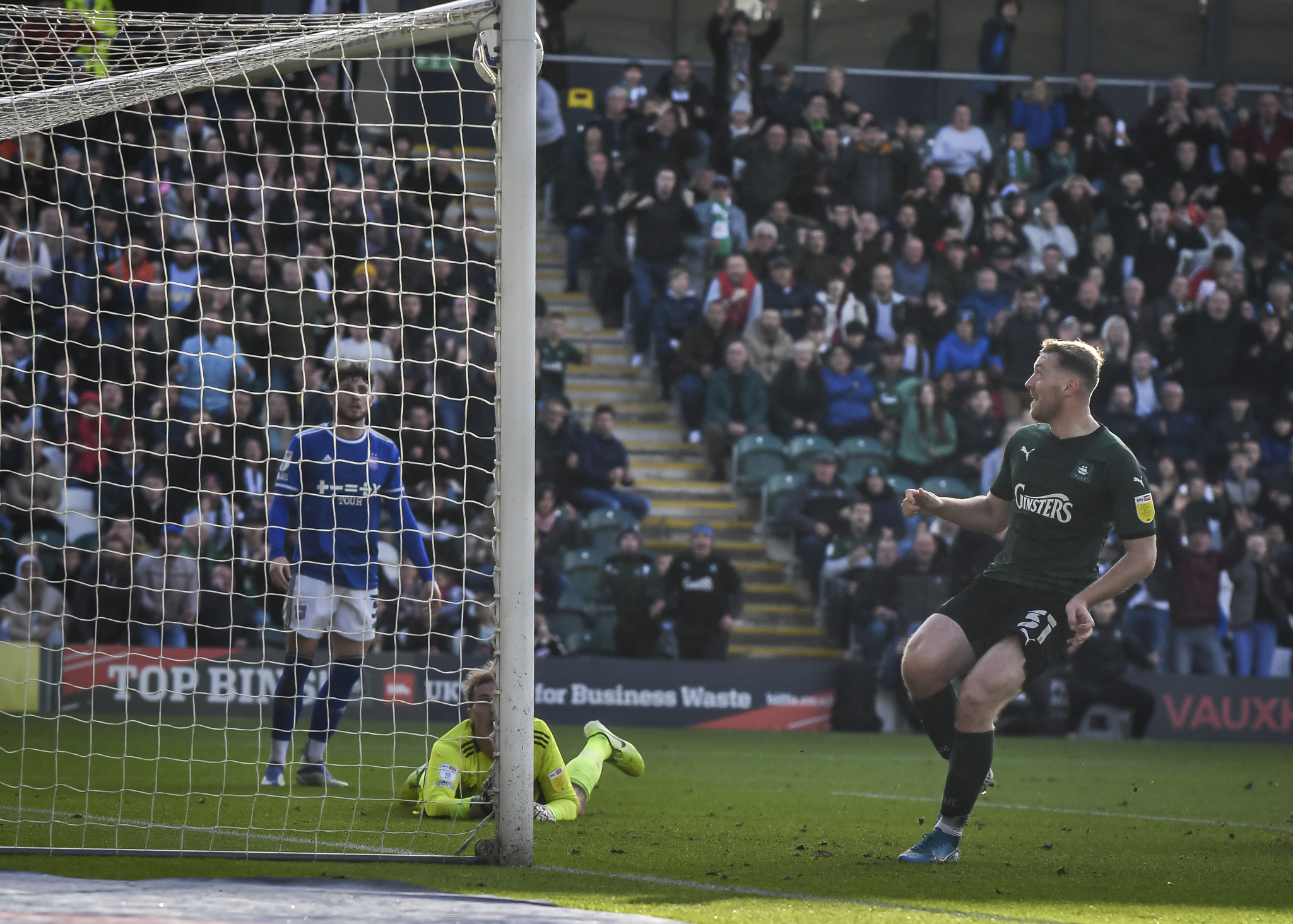 Luke Jephcott’s equaliser in the 2-1 win over Ipswich Town not only got the Greens back level in front of a sell out crowd at Home Park, it was also the 6000th Football League goal scored by the club.

It was the striker’s fifth league goal of the season and helped the Pilgrims extend their unbeaten run in Sky Bet League One to 15 games.

On scoring the milestone goal he said, “It’s a great achievement, not just for me but for the whole club. The most important thing was that the team won on the day.

“I think Joebo [Joe Edwards] is still trying to say it was his.”

It has taken just 4186 matches to reach the 6000-goal mark which means that Argyle have scored an average of 1.43 goals per game.

The strike, which came in a 1-1 draw with Norwich City, in front of over 17000 fans at Home Park, was Heeps’ only goal for the club.

It came in Argyle’s first ever game in the Football League and curiously, the Green Army had to wait another four games before they saw another.

It took 13 seasons for Argyle to get to the 1000 goal landmark, when John Simpson scored the only goal of the game, as the Pilgrims saw off Stoke City at Home Park.

Ellis Stuttard’s side lost the game 3-1 to Bradford City.

Nine and a half thousand fans saw Garry Nelson bring up the 4000, with a brace at Home to Barnsley in February 1987.

Nelse would go on to score eight that season, including another brace on the final game of the season at Derby County.

Rather fittingly it was in the 203/04 championship winning season when Argyle brought up their 5000th EFL goal.

Nathan Lowndes was the lucky man to get it, when he scored the second in a 2-0 win over Hartlepool in November 2003.

Only eight times out of the 101 seasons played in the Football League have Argyle scored more than the 85 that Paul Sturrock’s side got in winning the Division Three title, with Lowndes bagging 10 for himself.

Over the years there have been many great goal scorers who have worn the green shirt.

The great Sammy Black leads the way with an incredible 182 goals; one of six to bring up the century in Green.

To reach the landmark of 6000 is an incredible feat and eyes now will be on who is the one to bag number 7000.