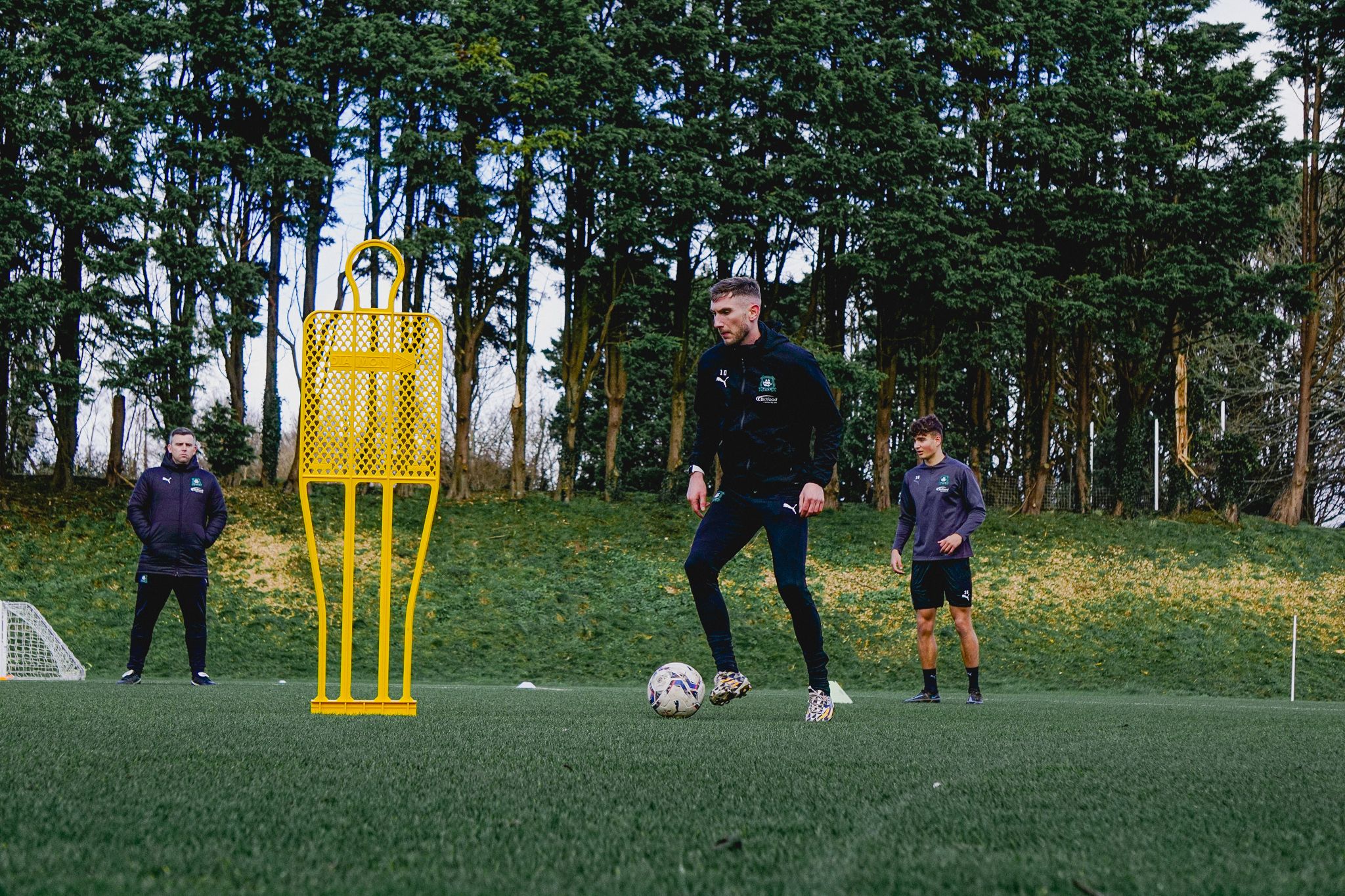 Oxford kicks off a crucial month

Steven Schumacher is hoping his Argyle side can take a step closer to securing a position in the Sky Bet League One play off places this Saturday against the division’s highest scorers, Oxford United.

The Greens head into the final month of the season sitting fourth in the league and have five of the top eight still to play.

The first of those is on Saturday when the U’s visit Home Park for the club’s Armed Services Day.

A week on from defeat to Ipswich Town, the Argyle squad have had a full week to prepare for what will no doubt be a pivotal month in the Greens’ season.

“The lads were brilliant throughout the whole of the March,” Steven said reflecting on the last month.

“We just ran out of energy against Ipswich, so we felt it was important to recharge the batteries and go again.”

“We all recognise we were below our level and that happens,” Steven admitted.

“The players on Tuesday were keen to speak about that, we discussed it, we analysed it and quickly put it to bed and moved on.”

Saturday’s 3pm kick-off is a chance to return to winning ways for the Greens, against a side one position and five points below them in the league.

Oxford will travel down to the south west having gone one better than Argyle after snatching a late point against Ipswich a fortnight ago.

Their recent form has seen them pick up 16 points out of a possible 18 from their last six games.

Having had a week off last weekend, Steven is sure Oxford will be raring to go come matchday.

He said, “It will be a really tough game. They’re the leading goal scorers in the division, they’ve got firepower all over the pitch, their midfield has players that can handle the ball.

“They’re a strong team, they missed out on the play-offs last year, they’re always there or thereabouts and Karl Robinson has them playing nice, attractive football all the time.

“They’re chasing us, they’ll be desperate to try and close that gap and we’ll have to do our best to keep them away from us.”

With injuries to the first team, including one to the club’s top goal-scorer this season, Ryan Hardie, Steven will need to rely on the depth of his squad.

However, he is confident in the players waiting in the wings and is sure they’re ready to step up.

“I don’t think there’s been any sort of drop off in performance when people have been coming in and out of the team and we’ve changed things up,” he said.

“The level of consistency has generally been pretty good, so we’re really pleased with that and we’re going to need that to continue.”

He added, “The players outside of the starting eleven don’t get too down because they understand things can change quickly in football.

“It’s a funny old game, football, now and again. You’ve just got to be ready when needed and when called upon.”

With a chance to return to the Sky Bet Championship for the first time since 2010 on the horizon, optimism amongst fans have been higher than ever.

With this in mind, Steven said, “It’s exciting to be a part of Argyle at the moment and I know walking around the city everyone is excited, everyone’s looking forward to the games and it should be a good day when they get behind the team.

“We’re going to need that atmosphere again, it does help the players, it helps everybody, it gets the energy going.

“When you’re in tough games and have tough times throughout the game, I’m sure Oxford will have spells on Saturday, we’re going to need our fans to get behind the lads and push us forward.”

Finally, with Armed Forces Day taking place at the ground, Steven finished with his appreciation for the role of the military within Plymouth, “The military and the armed forces play such a huge part in the city.

“They create so many jobs and they have a rich history of being a part of the foundation of this city.

“I think it will be a brilliant day.”

Ryan Hardie will be missing after picking up a thigh injury in the loss to Ipswich Town last weekend. However, both Alfie Lewis and Dan Scarr were named on the bench last week and are in contention once again.

Oxford United, too, will have players returning from international duty.

Gavin Whyte and Ciaron Brown were away with Northern Ireland while Mark Sykes is back after making being called up to the Republic of Ireland squad for the first time.

James Henry and Sam Baldock could well be back after recovering from injuries and the squad could also be bolstered by the return to fitness of defender Elliott Moore.

If you cannot make the game, then it is available to watch or listen to on Argyle TV.

Our pre-match show, hosted by Erin Black and Ian Stonebridge, will be free to watch on the club's YouTube channel from 2pm.