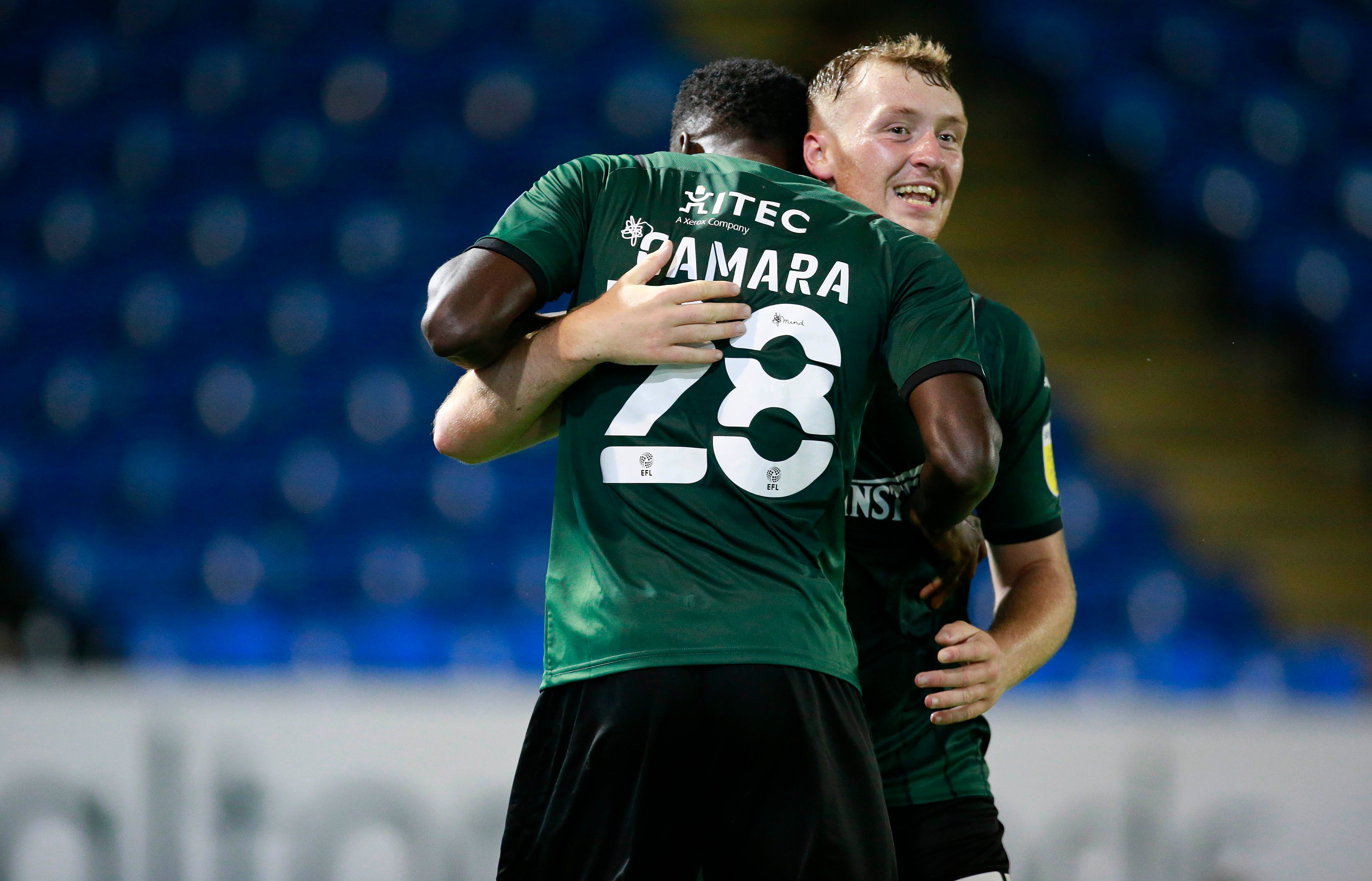 Pan and Luke on International duty

Panutche Camara and Luke Jephcott have once again been selected for their respective international squads for two fixtures at the end of March.

Camara, who made his international debut for Guinea-Bissau in January’s African Cup of Nations, will be part of the squad to play friendly matches against Angola and Equatorial Guinea in Portugal.

While Luke has been called into the Wales under-21 side to play Switzerland and Bulgaria.

Both will miss the Greens’ Sky Bet League One matches against Cheltenham Town and Ipswich Town at the end of March.

Luke, who has one goal from his four appearances for the Wales under-21 side so far, will travel with his teammates to Lausanne, in Switzerland, for a fixture on Friday, 25 March before travelling back to Wales to take on Bulgaria, in Newport, three days later.

Meanwhile Pan and his Guinea-Bissau side will play both matches, against Angola and Equatorial Guinea, in Portugal as part of their preparations for the African Cup on Nations 2023 qualifying campaign.

Director of Football, Neil Dewsnip, said “It’s a continuing positive indicator that they carry on developing and improving internationally.

"International football is a different challenge and both Luke and Pan have done well when they have been selected previously, which has then helped with their form here at Argyle.