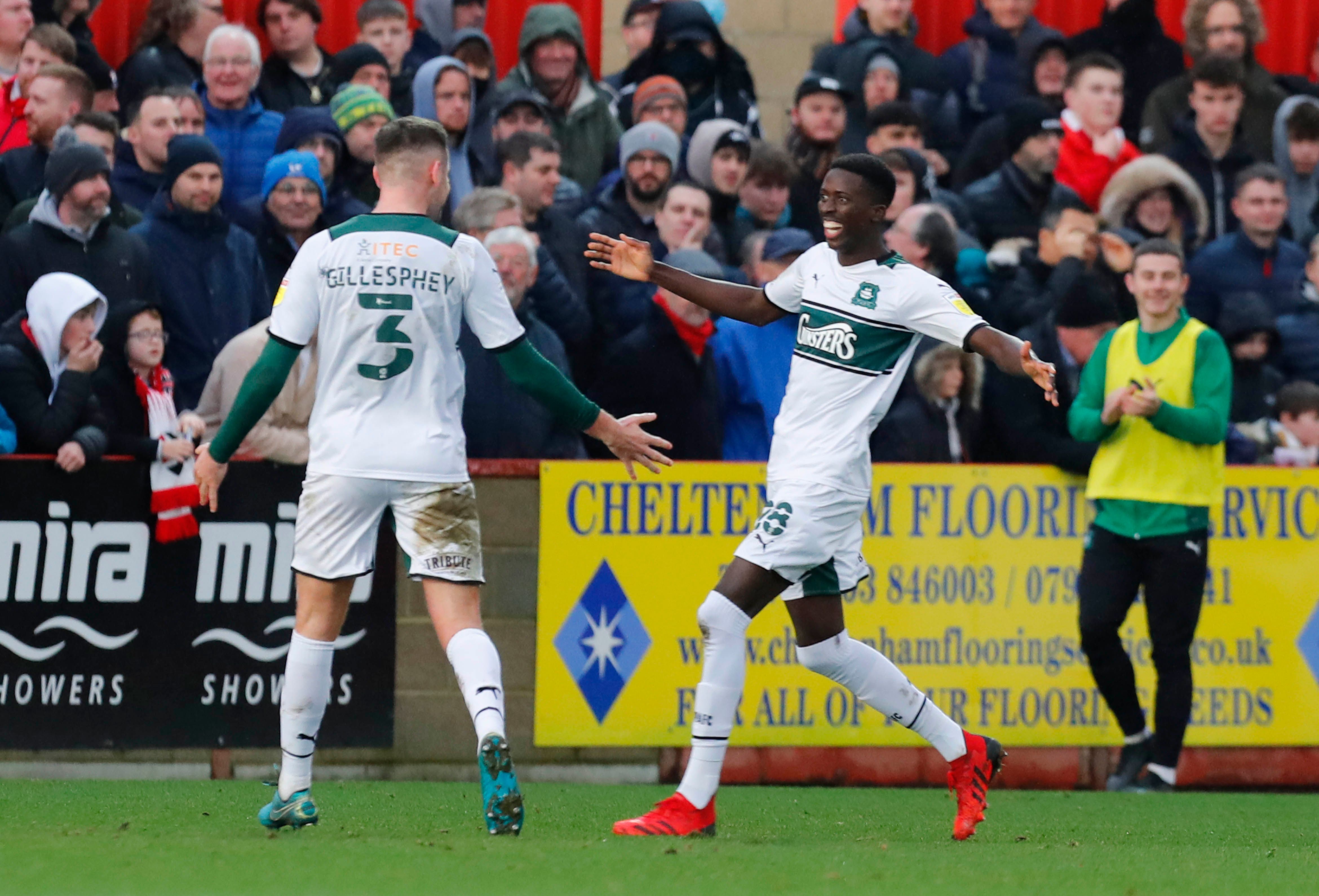 Panutche Camara has been voted your Player of the Month for December.

The midfielder started all four of Argyle’s Sky Bet League One matches in a month which also saw him score one goal and assist two.

He rounded off a perfect counter attack to give the Greens the lead in their Boxing Day victory against Cheltenham Town and provided the pass to Jordon Garrick for Argyle’s second.

After a string of impressive displays, which included two player of the match winning performances, Pan was rewarded with a call up to the Guinea-Bissau squad for January’s African Cup of Nations in Cameroon.

He joined up with his teammates in Guinea-Bissau at the end of December and is preparing for their opener with Sudan on Tuesday, 11 January.

On winning the award, Pan said, “It means a lot to me that I have been given this award.

“I would like to thank all of the fans for the votes, I just love playing for Argyle.

“I hope when I come back, we can carry on winning games and be at the top of the table.”