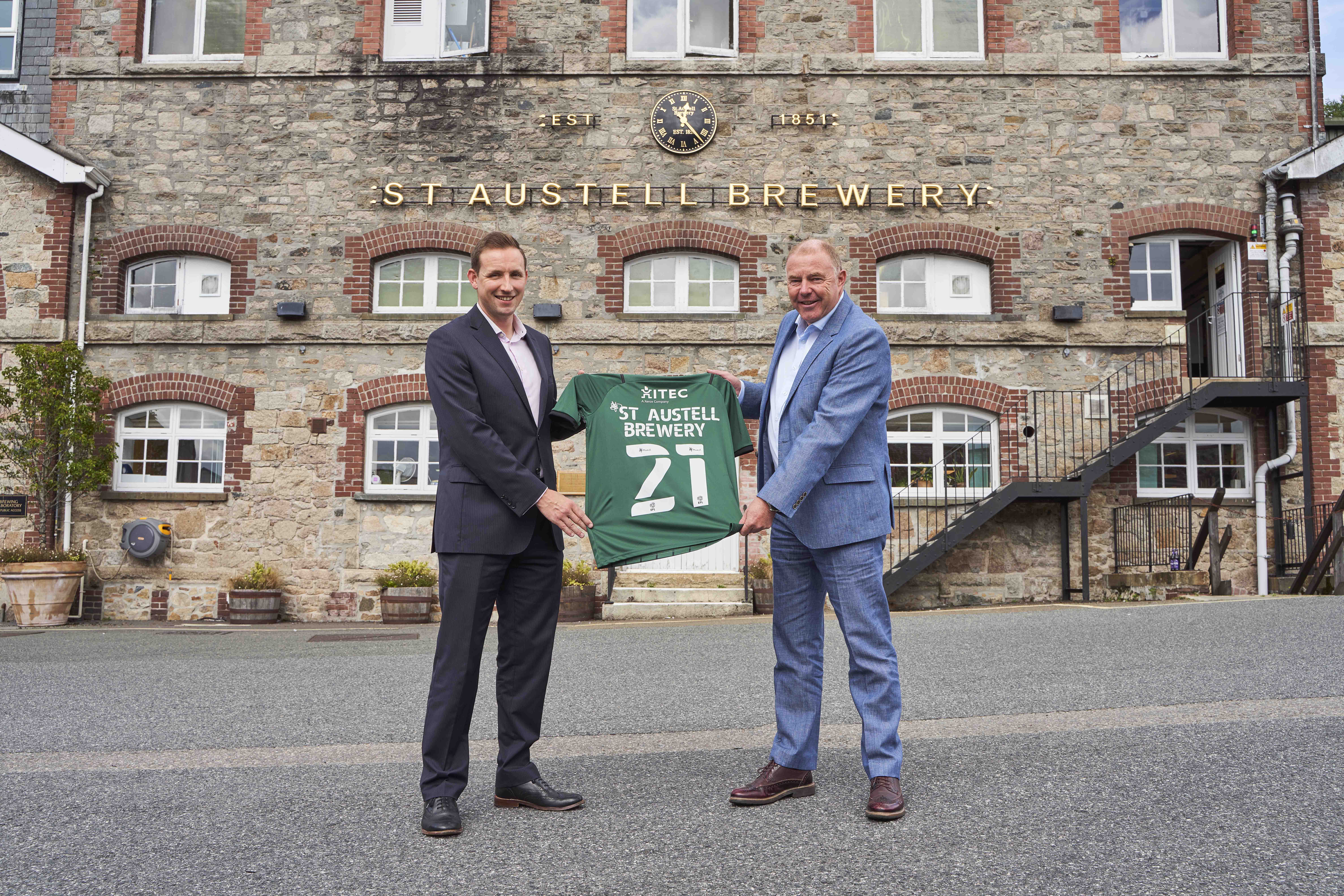 We are delighted to announce that Tribute Ale will continue as the official beer of Plymouth Argyle, as St Austell Brewery signed up to a long-term deal at Home Park.

The renowned brewery, whose flagship beer will have its logo proudly adorning the Pilgrims’ first-team shorts as a part of the deal, has been confirmed as our Official Pouring Rights partner at Home Park for the next three seasons following a rigorous tender process.

As a result, St Austell Brewery will continue to supply the concessions and hospitality areas at Home Park with Tribute Ale and its leading range of beverages.

A successful local company with a national reputation, St Austell Brewery stood apart from their competitors during the tender process, particularly impressing with their knowledge and key understanding of the fabric of Argyle, including our fanbase, values, and our overall aim to become a sustainable Championship football club.

The brewery has been a vital partner of Argyle for over a decade, and its presence will continue to be felt throughout the stadium, with Tribute branding appearing around the Theatre of Greens as part of the partnership. In addition, St Austell Brewery will receive several season tickets for distribution via its network of bars, restaurants and pubs, as well as a number of Club Platinum packages within Club Argyle to entertain clients, customers, and staff.

James Greenacre, Head of Commercial Operations at Argyle, said: “We’re thrilled to be extending our partnership with Tribute Pale Ale and St Austell Brewery going into another season, and thank them for their unwavering support.

“Partnerships with renowned local brands whose ambitions align with our own is an important element of the club’s five-year plan to become a sustainable Championship club, and in St Austell Brewery we have found a great fit.”

Laura McKay, Head of Marketing - Beer & Brands, at St Austell Brewery, said: “We are thrilled to extend our Plymouth Argyle sponsorship for a further three seasons. Tribute Pale Ale is synonymous with team sports and the football club has a long and proud history that’s deep-rooted in the local community.

“We look forward to the exciting season ahead, particularly after an extended period away from being able to attend football matches.”