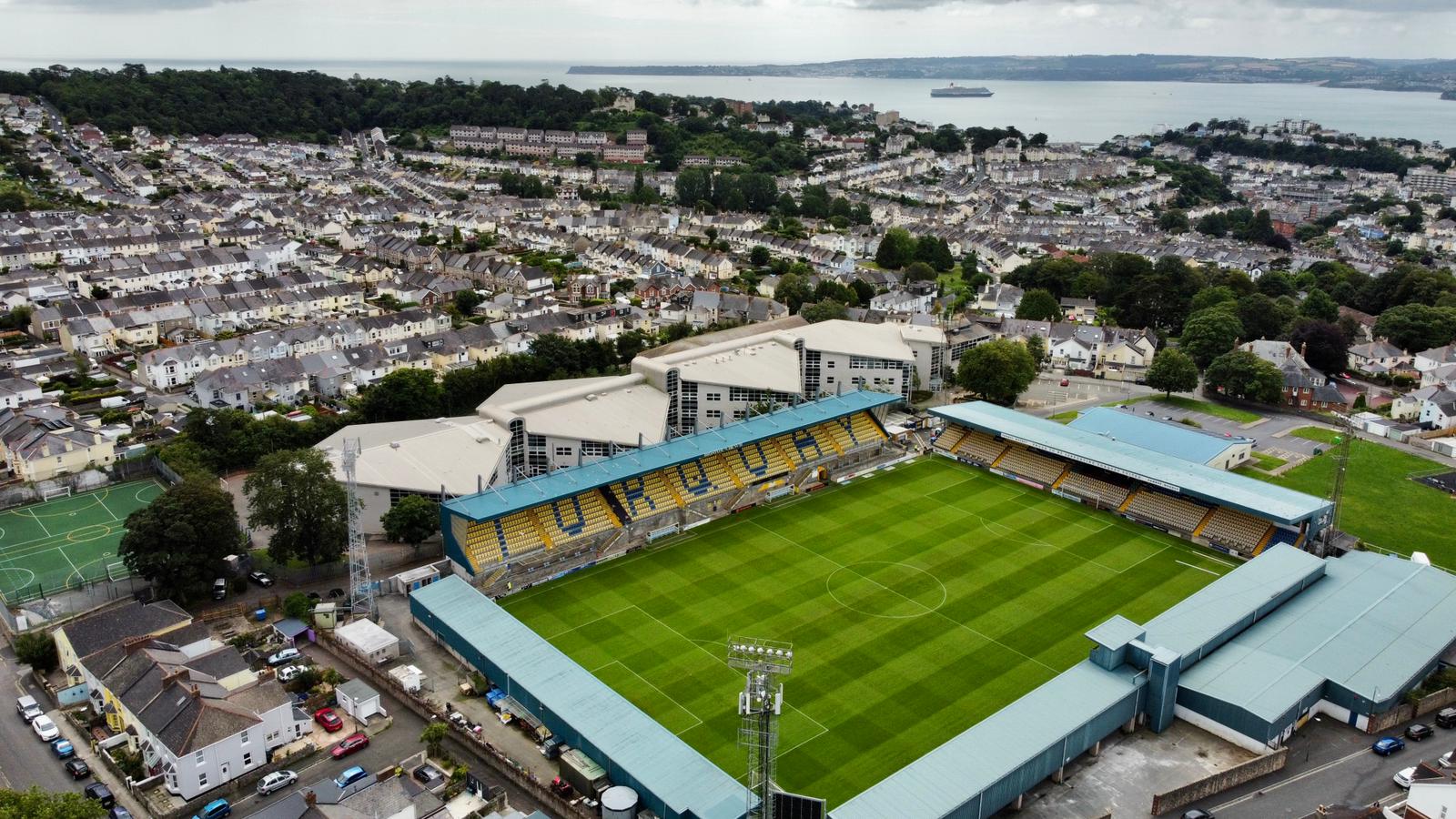 The Gulls are managed by Gary Johnson, who will soon mark his fourth anniversary as Torquay boss.

United finished 11th in the Vanarama National League last season, having been runners-up the previous season, narrowly missing out on promotion back to the EFL, in which they last featured in 2013/14.

“It will be a tough, competitive game,” said Argyle manager Steven Schumacher. “I’m sure they will be up for it. Every year we go there and it’s a good game.

“We just need to make sure that we are at it and are as good with the ball against Torquay as we were against Bristol City.

“Away from home, we can work on a few other things, and try to get a win. If we can just be a little bit more ruthless with our opportunities that we create, I’ll be really happy.

That ruthlessness was in evidence last season as Argyle won 3-0 at Plainmoor in The Pilgrims’ final pre-season encounter. Niall Ennis, Panutche Camara and Ryan Hardie were on target.

Torquay’s squad includes former Argyle defender Ollie Tomlinson, who is one of ten summer recruits for The Gulls.

The Yellows are yet to concede a goal in their pre-season campaign, having won 1-0 at Buckland Athletic and 2-0 at Exmouth Town, before a 0-0 draw on Saturday against Sky Bet League Two side Newport County.

There will be no online stream of Tuesday night’s game, so the only way to be able to watch it is in person, at Plainmoor.

Tickets for the game are £10 for adults, £8 for students and 65+ and £5 for Under-18s. Those under 7 can enter for free with a paying adult. Prices will rise by £2 if purchased on the day of the game.

Click here to purchase your tickets direct from Torquay United. Please ensure that you have changed to away tickets in the menu before purchasing.