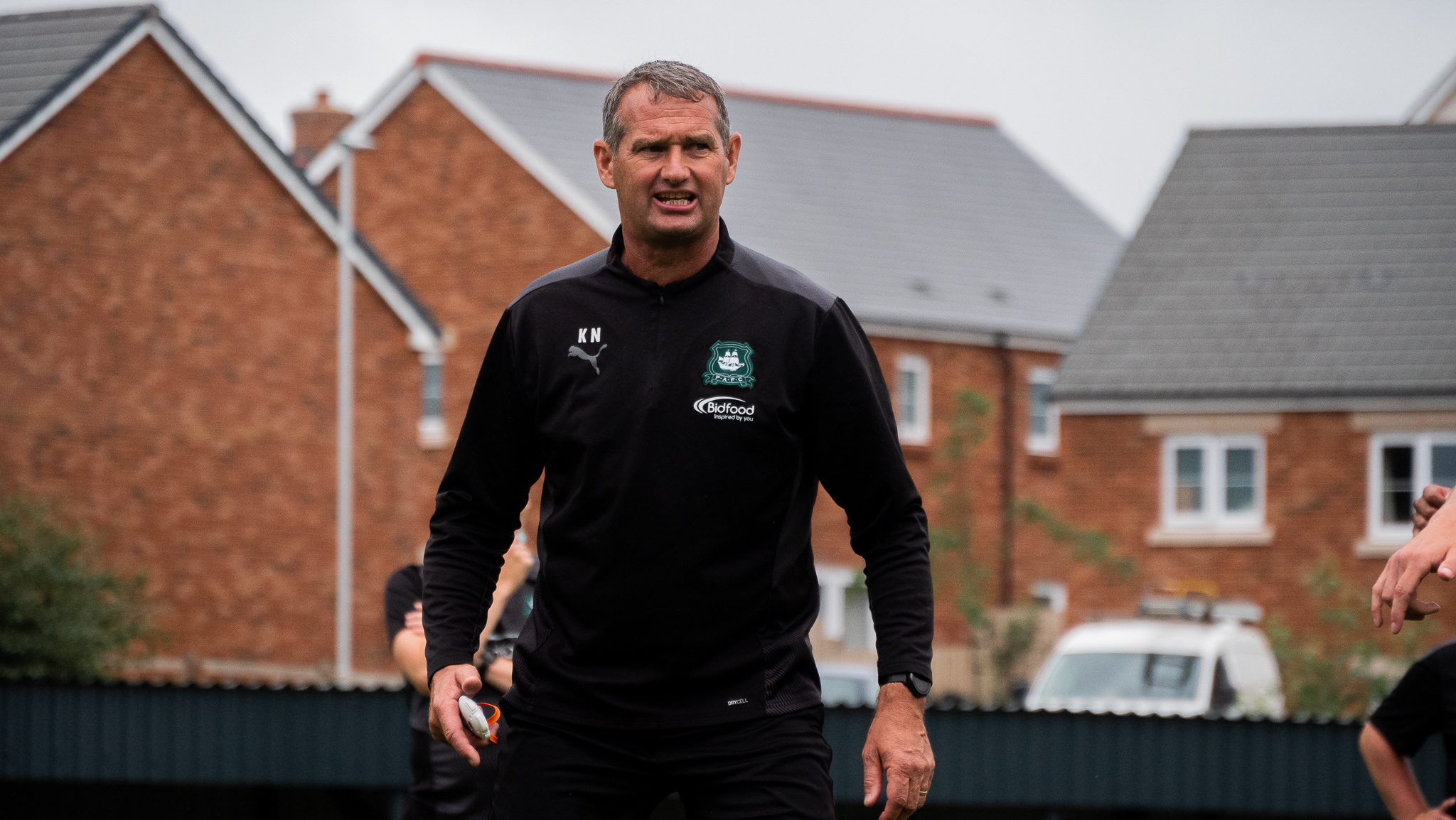 With the senior squad on international break this weekend, all eyes are on the next generation of Pilgrims, as they take on local rivals Exeter City for a place in the Premier League Cup group stages on Friday afternoon.

The prize for the winners is a place in the group stages of the competition where they will play home and away games against Category One Academy sides, Swansea City, West Ham United and Wolverhampton Wanderers.

Before any attention can turn to those fixtures, though, there’s the stern test of the Grecians, and first-team coach Kevin Nancekivell, technical lead for the club at under-23 level, knows they will be far from a pushover.

He said: “We’re expecting a competitive local derby, a lot of pride and passion will be shown from both sides – hopefully we get a good game that supporters can enjoy. It’s an important game for both clubs.

“Some big games to look forward to, but we need to get past Exeter first, and we won’t get too far ahead of ourselves. For the boys’ development, it’s a really important competition, it’s a national competition that we desperately want to be part of – so hopefully the lads can put on a show and get through.”

Argyle have made notable strides in the Academy set-up in the past two seasons, with a widespread restructuring of the system at Home Park focused on ensuring that more of the Pilgrims’ own products can make their way through to first-team level.

There is no doubting that progress has been made against that objective, with even more first-team debuts handed to Academy prospects in midweek against Newport County, including 15-year-old record-breaker Freddie Issaka. Nancekivell knows, though, that the same philosophy is present in Friday’s opposition.

He said: “The more minutes they can get in and around the first team – in a training environment as well as match-day – can only help things, but Exeter will be saying the same thing as well. They’ve got a great record of putting boys through as well.

“It all adds up to be a great encounter, one we’re looking forward to, and hopefully we can come out and qualify for the next stage.”

The competition is predominantly for players aged 23 and under, with clubs able to play three ‘older’ outfield players and one mature-aged goalkeeper in each match. A winner must be decided on the day, so if the match ends in a draw, then extra-time and penalties will be played.

It promises to be a spectacle, and the local derby element makes it an even more exciting prospect, according to ‘Nance’.

“That’s the way it should be. We’re all very proud of our football club, Exeter are our local rivals. There’s a lot of respect there as well, but we want to beat them, and they’ll want to beat us. I don’t think there’ll be 20,000 in there [at Home Park], but hopefully we get a good crowd to come in and watch us on Friday afternoon, and let’s look forward to it.”

Blocks 11, 12 and 13 of the Lyndhurst Road Stand are open for supporters, with gates opening at 1pm for a 2pm kick-off. Ticket pricing can be found in the grid below.

For those unable to attend, live single-camera coverage will be provided on Argyle TV at a price of £2.50 – or free if you are a monthly or annual subscriber.