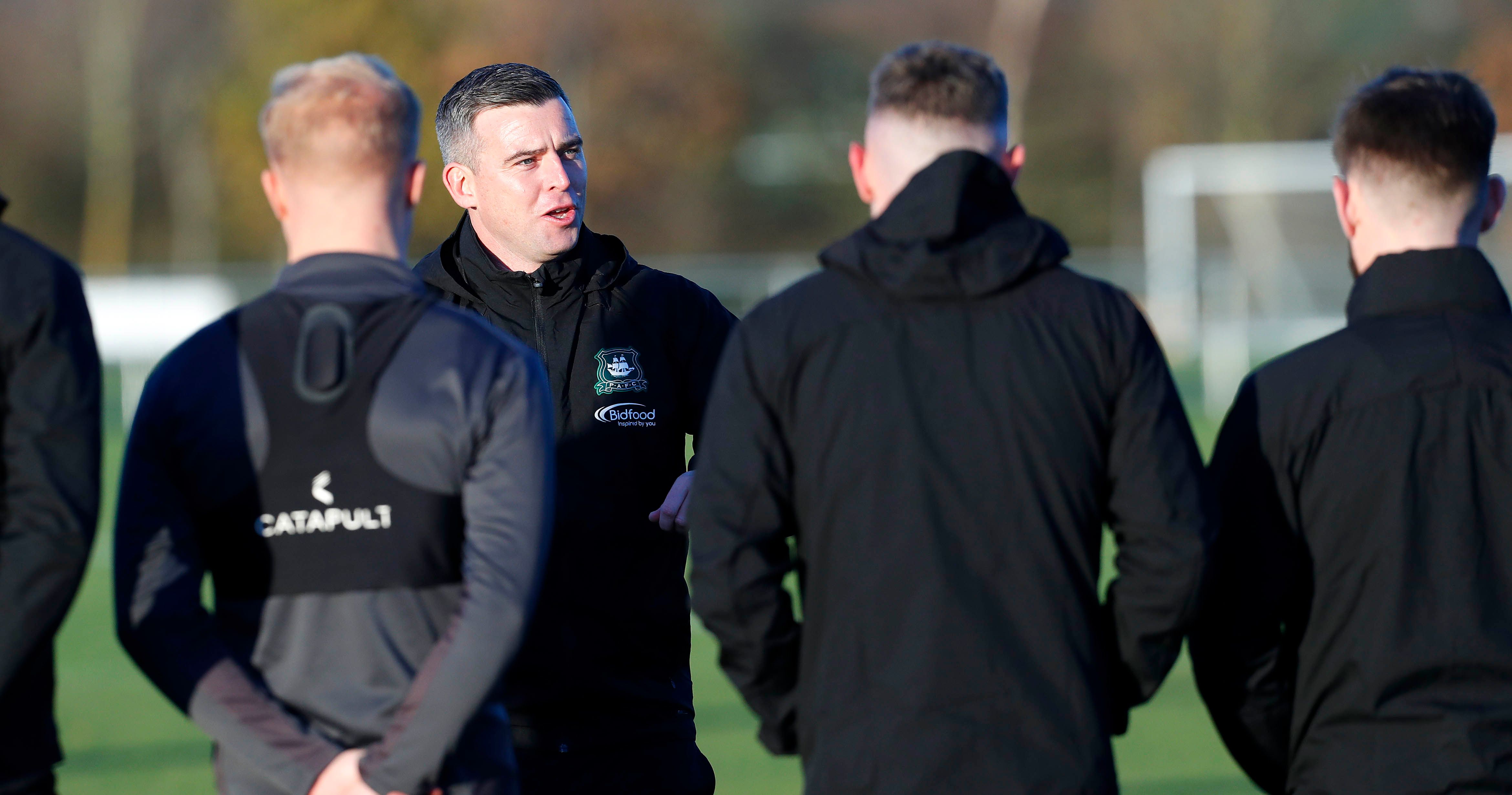 Steven Schumacher goes into his first game as Argyle manager at Home Park, looking to get back to winning ways against the side that brought an end to their unbeaten run last month.

Charlton Athletic are the visitors on Saturday, a side who have won their last four matches.

Speaking ahead of the game Steven said, “I’m excited and really looking forward to it.

“More important that my first home game in charge though, it’s going to be a good game against a real tough opponent.”

So far under the stewardship of their new manager, Argyle have drawn one and lost one from away trips to Milton Keynes Dons and Sunderland.

In both of those games, strong second half performances have shown encouragement to the manager.

The loss away to Charlton at the end of November brought an end to an unbeaten run in the league of 16 games.

Former Argyle defender Ben Purrington and Connor Washington got the goals that day, but Steven is sure his players will be able to go out and get some revenge.

He said, “It’s strange playing against a team so close together but we know how they play and their team.

“They have been in good form since that game and so I can’t imagine there being too many changes.

“It’s a new game though, it’s at Home Park not the Valley and we go into it with confidence trying to get a result.”

In the run since the reverse fixture, Argyle have played against four of the current top ten in Sky Bet League One and progressed to the third round of the Emirates FA Cup.

It was always going to be a tough run of fixtures, but the Greens have only lost twice at home all season and only four sides have a better record on home soil than Argyle.

Charlton come into the game in fine form, having won seven of their last ten games in all competitions.

They have lost just twice since interim boss Johnnie Jackson took over, both of those coming away from home.

They have won two of their last five matches on the road, beating Sunderland at Burton Albion back-to-back.

The Argyle players will be wearing black armbands at the game on Saturday in memory of former board member Peter Jones and former striker, Marvin Morgan, who both sadly passed away last week.

Argyle have no fresh injury concerns with Brendan Galloway the only absentee.

Conor Grant missed the 2-1 loss at Sunderland on Saturday but could be in contention for the weekend.

There are no new injury concerns for Charlton either, but they will be without the injured quintet of Adam Matthews, Sam Lavelle, Ryan Inniss, Jake Foster-Caskey and Corey Blackett-Taylor

Supporters are reminded that ,in line with new legislation COVID passes, or proof of a negative lateral flow test will be a requirement for entering the stadium and checks will be carried out on the day. Find out the latest information here.

It is requested that supporters arrive in good time to prevent queueing, with turnstiles opening at an earlier time of 1pm.