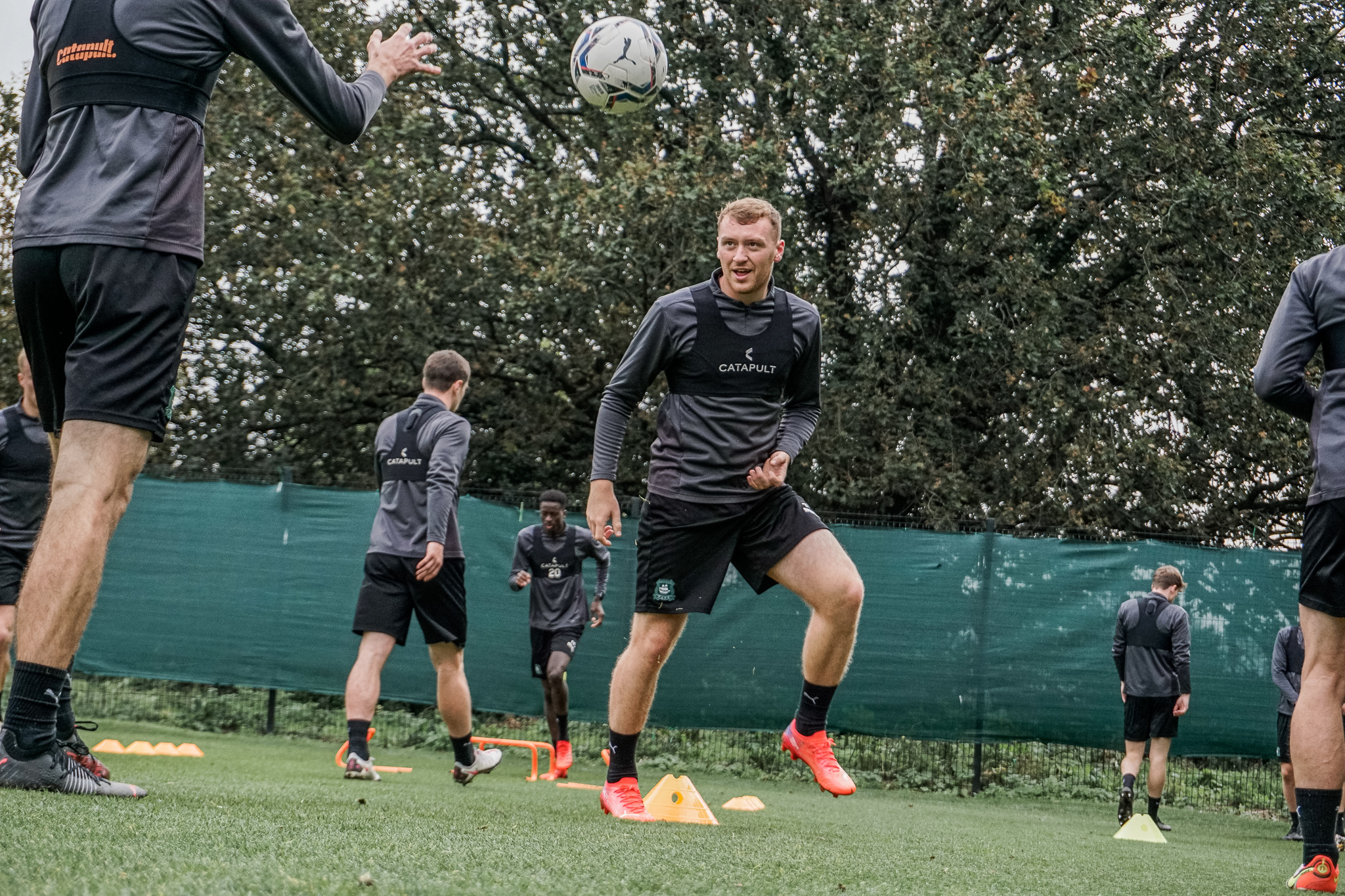 Argyle go into Saturday’s Sky Bet League One tie with Oxford United top of the table and unbeaten in 11 league games.

The 2-1 win over Burton Albion last week was the sixth win of the Pilgrims’ season with four of those coming at home.

On the road, Ryan Lowe’s side have been hard to beat and two 2-2 draws in the last couple of trips are testament to that.

On both occasions, against Portsmouth and Lincoln City, the Greens have led going into the final moments of the game, so those two points could easily have been more.

They travel to an Oxford United side who had a weekend off last time out as their match with Sunderland was called off due to international call-ups.

Their boss Karl Robinson used the spare day to come down to Home Park and watch the Pilgrims beat Burton.

He and Lowe are good friends and have huge respect for one another.

Speaking before the game Lowe said, “I know Karl was here last week, I had a coffee with him the day before and we’re mates. But ultimately, we want to get points off each other.

“He will know the way we have been playing, I know hey way they play. I’m thinking it’s going to be an entertaining game.”

Whether having a weekend off last time will help Oxford or not is to be seen but before their international break they had been in good form.

James Henry scored in the third minute of injury time to give the U’s a 2-1 victory at Hillsborough a fortnight ago - a win that elevated Oxford to the edge of the play offs.

Also on the score sheet that day was former Liverpool youngster Cameron Brannagan who is one of a number in the squad with Premier League experience.

Midfielder Herbie Kane also came through the ranks at Anfield while Dan Agyei, Nathan Holland and Anthony Forde have all played in the top-flight.

Ryan knows that Argyle will have to be at their best if they are to pick up a positive result at the Kassam for the first time since February 2018.

Ryan said, “Oxford are a very good team. They have some fantastic players.

“They had a bit of a rest last weekend, sometimes that can do you a favour or not but we have to respect them, but we have a plan for them and know what we have to do to win the game.”

Argyle will welcome back Luke Jephcott and Brendan Galloway to the squad after both were missing last weekend due to international call-ups.

Danny Mayor is likely to feature after playing the first half of Tuesday night’s Papa John’s Trophy game.

Niall Ennis and James Bolton are still out.

Oxford United have a fully fit squad to choose from with Jamie Hanson, Marcus McGuane and Billy Bodin are all in contention having struggled with injury or fitness during the opening stages of the season.

The away end at the Kassam Stadium is sold out and will be full of the Green Army.

The match has been declared an all ticket fixture for away fans – and supporters are advised not to travel on the day unless you already have a ticket, as the away allocation is completely sold out.