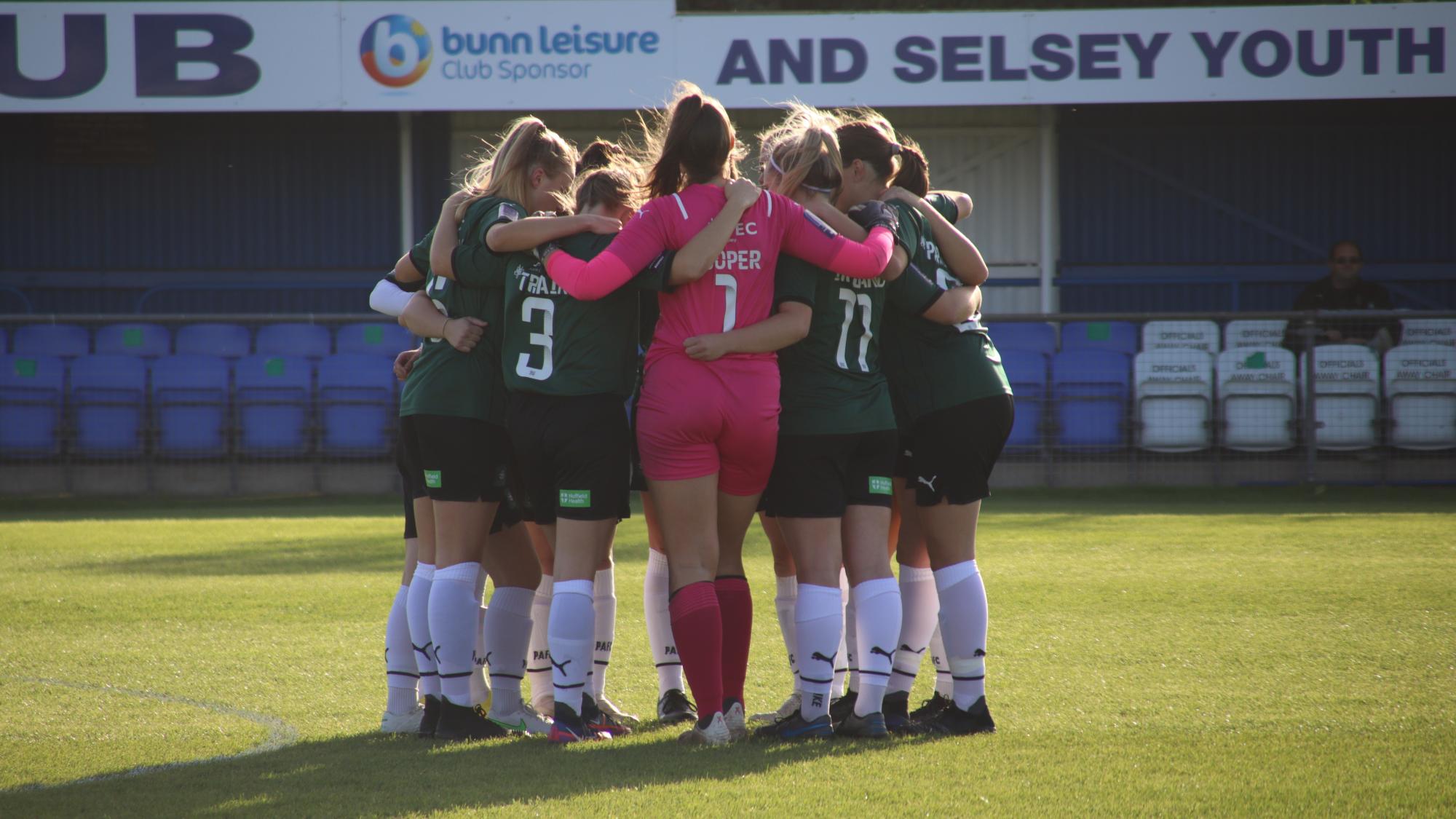 Argyle and Chichester have already faced each other twice this season, both away from home, with the West Sussex side coming out on top on both occasions.

The first match was in the FAWNL Cup when Chichester ran out 3-1 winners against The Pilgrims after two late goals cancelled out Tash Knapman’s equaliser. The second encounter between the two sides was another win for Chichester, where in wet and windy conditions, Argyle lost 2-1 despite Tash Knapman scoring again when she halved the deficit in the 85th minute.

Despite losing both of their previous meetings this season, The Pilgrims did create plenty of chances against their opponents and, if they had been more clinical, could have ran out winners on another occasion.

One positive going into the game should be the from of Tash Knapman, who, as mentioned, has scored in both games this season against Chichester. Knapman has also scored in her last four games for Argyle and got her 10th goal of the season in last weekend’s 2-0 win against basement side Hounslow.

After that result, Argyle moved out of the relegation zone and will be looking to continue their good recent form and win their third fixture in a row, by picking up maximum points this Sunday against Chichester.

Chichester & Selsey however, also come into the game in some good recent form. Despite losing 2-1 last weekend to MK Dons, they had won their previous two games, including wins against Keynsham and Argyle. And with Argyle’s previous results against Chichester, The Pilgrims will have to be at their best to continue their recent form.

Should they win on Sunday, Argyle could move four points clear of the relegation zone, still with games in hand on the teams around them.

It could prove to be a decisive match for Argyle as we tick closer to the final stages of the season.

The game will be held at the Manadon Sports & Community Hub kick-off is at 2:30 pm, and tickets cost £3 for everyone with U3s having free entry. If you can’t make it to the game, then updates are available on social media @ArgyleWFC