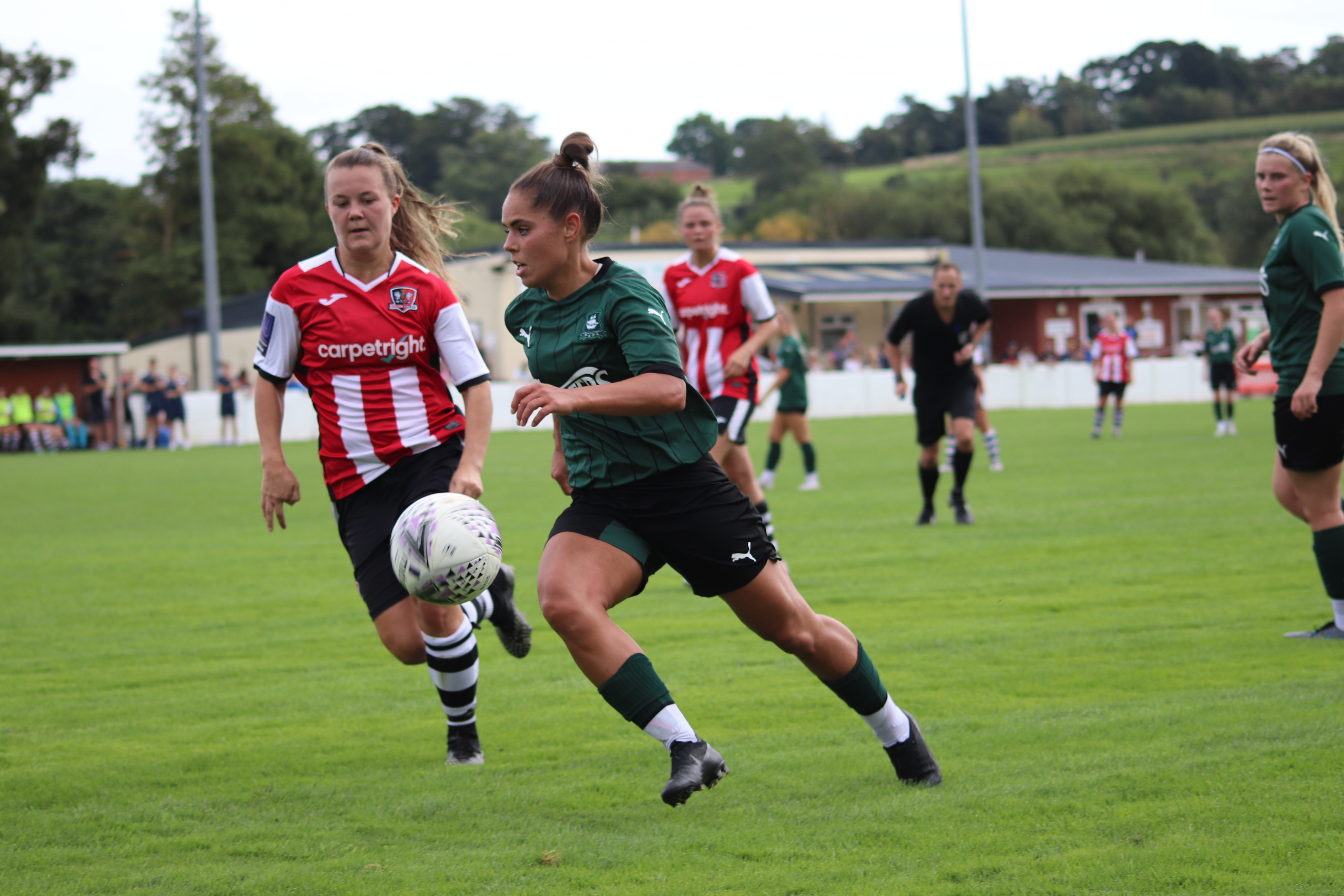 This Sunday, Argyle Women will host Crawley Wasps as the Greens look to win their sixth home league game in a row.

Having narrowly fallen to defeat against runaway league leaders Ipswich Town last weekend, Argyle can take plenty of positives from their performance into this Sunday’s match.

Two standout players from that defeat were defender Lucy Hack and goalkeeper Jasmine Read who were both impressive on the day.

It was Read’s first start for The Pilgrims after her brief substitute appearance away to Hounslow earlier in the season and the 18-year-old goalkeeper looked assured between the posts. Read dealt well with Ipswich's attacks and there was nothing she could do to prevent either Ipswich goal.

16-year-old Lucy Hack also put in arguably her best performance in a green shirt since her debut against St Austell in the Vitality Women’s FA Cup. The central defender was solid at the back for Argyle and looks to be improving in every game she plays while she develops an excellent partnership with Greek defender Panagiota Papaioannou.

This Sunday’s game will be the first of back-to-back matches for Argyle against Crawley as The Pilgrims look to put more distance between themselves and the relegation zone.

Crawley currently sit seventh in the table with 30 points from 20 games, putting them just six points ahead of the Greens.

Crawley’s previous result was a midweek three-nil reverse at home to title challengers Southampton. It means both Argyle & Wasps will be looking to bounce back from defeats on Sunday. However, with home advantage and vastly improved form in 2022, the Pilgrims will be looking for another three points to move them closer to safety.

Argyle will welcome back defender Ellen Thomas and midfielder Jemma Rose, while fellow midfielder Rebecca Dandridge could finally make her return from injury on Sunday. It would be ‘Dandy’s’ first appearance since the two-nil win over Exeter City back in September as she continues her recovery from a knee injury.

The game will be held at the Manadon Sports & Community Hub, kick-off is at 2:30 pm, tickets cost £3 for adults while U3s have free entry. If you can’t make it to the game, then updates are available on social media @ArgyleWFC