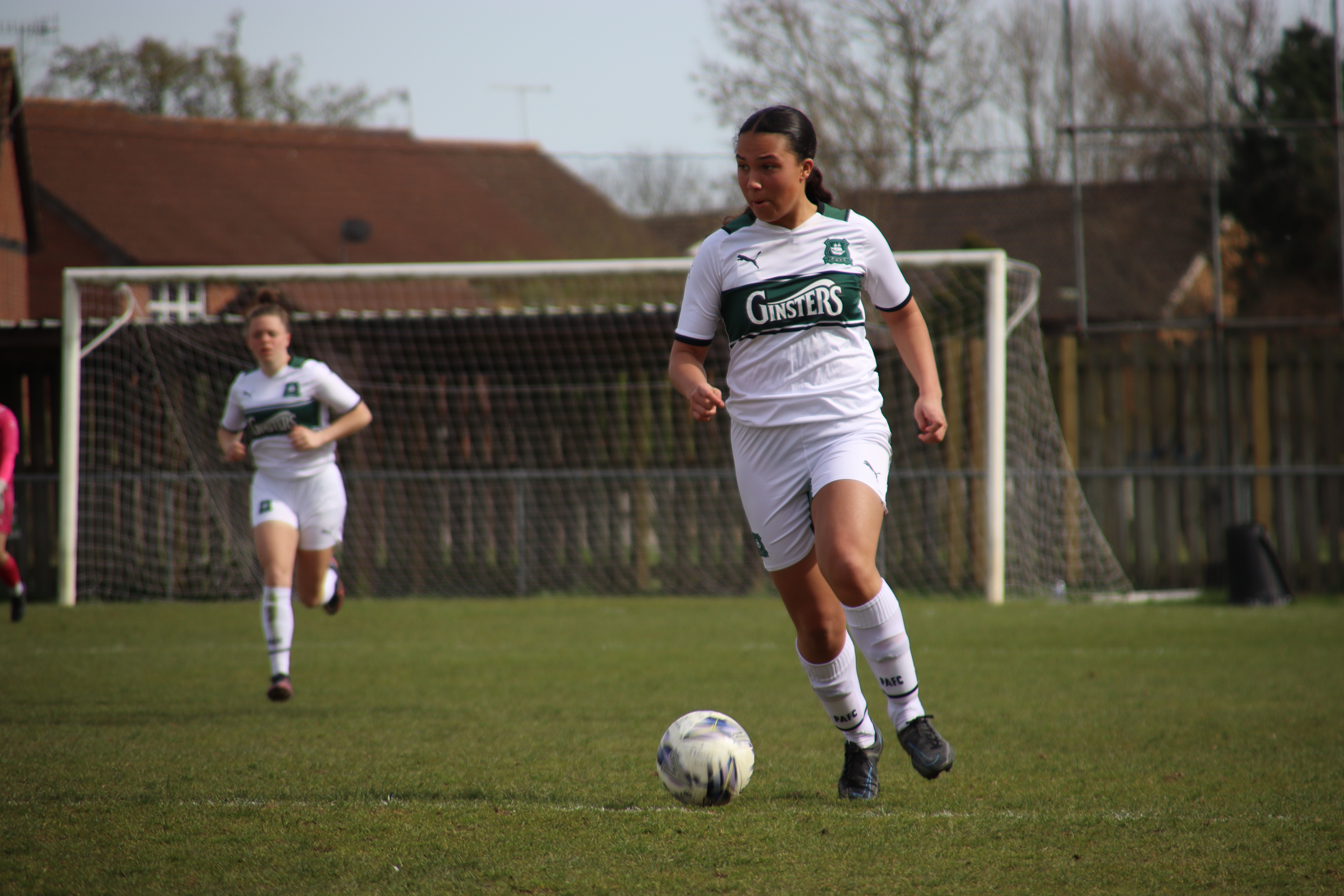 This Sunday, Plymouth Argyle Women will host Hounslow in a massive match in their quest to avoid relegation from the FA Women’s National League Southern Premier Division.

With only three games to go before the end of the season and with The Pilgrims still currently occupying the final relegation spot, Ryan Perks’ side will know that three points against basement side Hounslow are essential to them staying in the division.

The sides last met on the sixth of March when goals from Tash Knapman and Jemma Rose gave The Pilgrims three points on a heavy bouncy pitch in a dominant performance from Argyle.

It was part of a key winning run for the Greens that saw them beat other relegation-threatened sides MK Dons, Chichester and Keynsham Town in a four-game winning streak that had moved them outside of the relegation zone.

Since then, both sides have had difficult run-ins, with Argyle falling to defeat against title challengers Ipswich Town and Southampton on either side of a doubleheader against in-form Crawley Wasps.

It will be a massive game for Argyle, who should have most of their players available after Tash Knapman continued her recovery from injury last week and looks set to return to the starting line-up for the visit of Hounslow.

16-year-old Ruby Murphy could also be set to continue in the starting line-up after making her first start for The Pilgrims last weekend and impressing against league leaders Southampton. With fellow central defender Lucy Hack an injury doubt after she missed out last weekend.

While Argyle will be focused on getting the three points against Hounslow, attention will also be on fellow strugglers Cardiff’s fixture away to Gillingham at the same time.

Should Cardiff fail to win against the Gills, and Argyle were to pick up all three points against Hounslow, the Pilgrims would leapfrog the Welsh side and move out of the relegation zone at a crucial time of the season.

With Cardiff having to also travel to champions-elect Southampton for their final game of the season, a defeat against Gillingham could all but confirm Argyle’s safety, with Cardiff unlikely to pick up anything away to their South coast opponents.

Sunday’s game could prove to be the decisive match in the relegation battle, and The Pilgrims will need all the support they can get to cheer them on against their London based opponents.

The game will be held at The Manadon Community Sports Hub, kick-off is at 2:30pm, tickets cost £3 while U3s have free entry. If you can’t make it to the game, then updates are available on social media @ArgyleWFC