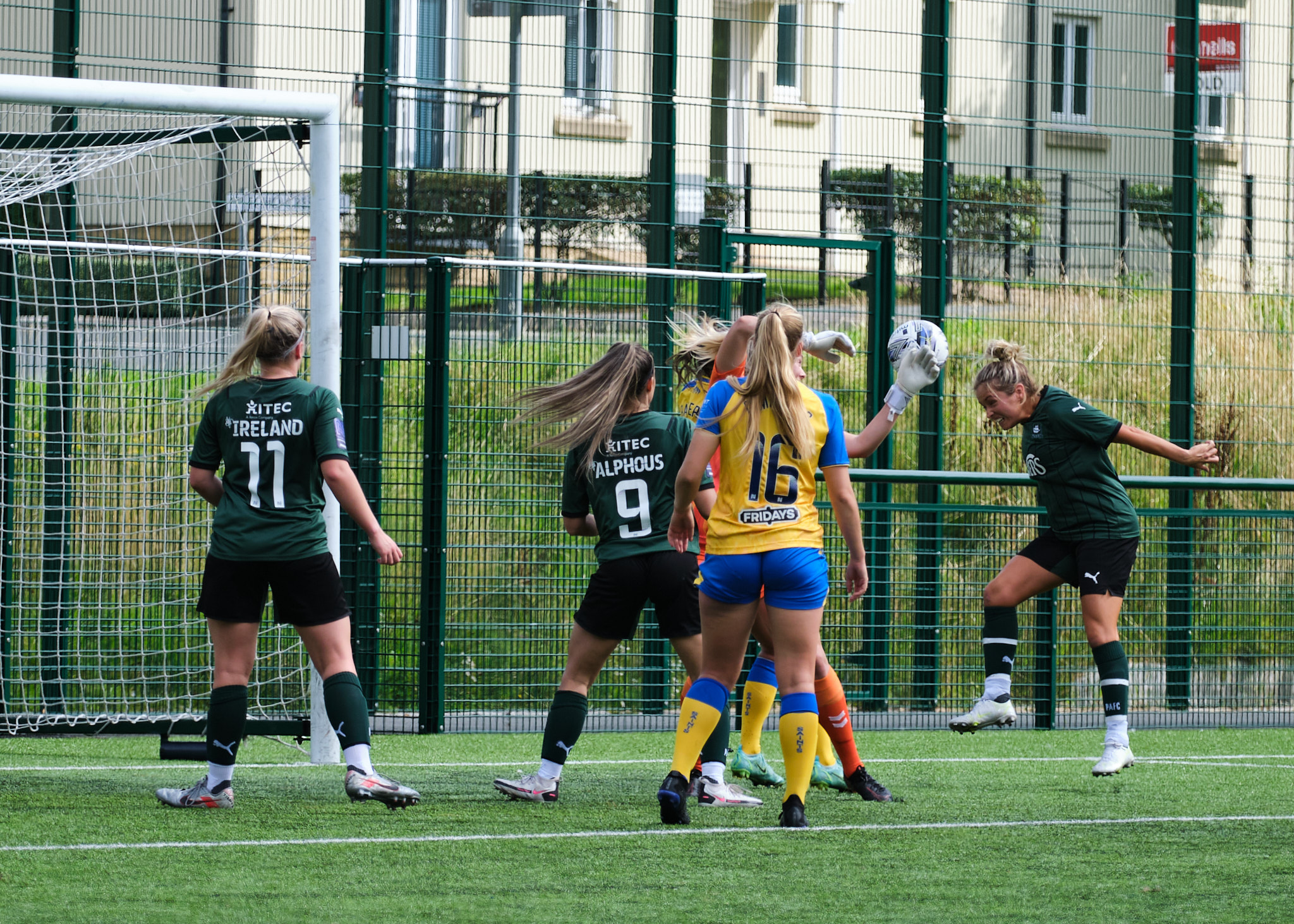 Argyle Women will return to league action this weekend as they return to the Manadon Sports & Community Hub to host London Bees.

London Bees have had a solid start to their league campaign and currently sit 9th in the table with four wins, one draw and six losses, having played three more games than the Pilgrims. London Bees come into the game on the back of three consecutive defeats, having lost to AFC Wimbledon, Crawley Wasps and Oxford United. Prior to that they had two big wins, beating Gillingham and MK Dons 4-0 and 5-1 respectively.

Looking at their results this season, it appears that consistency is what may be holding the Bees back. They lost 2-0 to Keynsham Town on the opening day of the season but then went on to beat Keynsham 5-1 in the return fixture. They’ve also ran Ipswich as close as anyone this season, only losing 1-0 against the league’s runaway leaders. Despite their recent run of defeats, Argyle will not underestimate their London-based opponents, knowing that they could be a stern test for most teams in the league on their day.

Having said that, the Pilgrims will come into this game with every reason to feel positive. Having won two out of their last three games and making it into the 3rd round of the Vitality Women’s FA Cup after last weekend’s 4-2 win against St Austell, Argyle will be hoping to start building up points in the league after their good FA Cup form.

Argyle will be pleased to have midfielder Kayley Lane back in the squad after she lined up against the Pilgrims for St Austell last weekend. Goalkeeper Poppy Soper should also be available after returning from international duty with Wales, while Greek defender Panagiota Papaioannou could be involved as she continues her return from injury after missing out on the Pilgrims last two games. Excluding the players out with long-term injuries, Argyle will finally be getting close to naming a full strength squad against London Bees.

This weekend’s game will take place at the Manadon Sports & Community Hub, kick off is 14:30, Tickets cost £3 for everyone and Under 3s have free entry.

If you can’t make it to the game, then live updates are available on social media at @ArgyleWFC