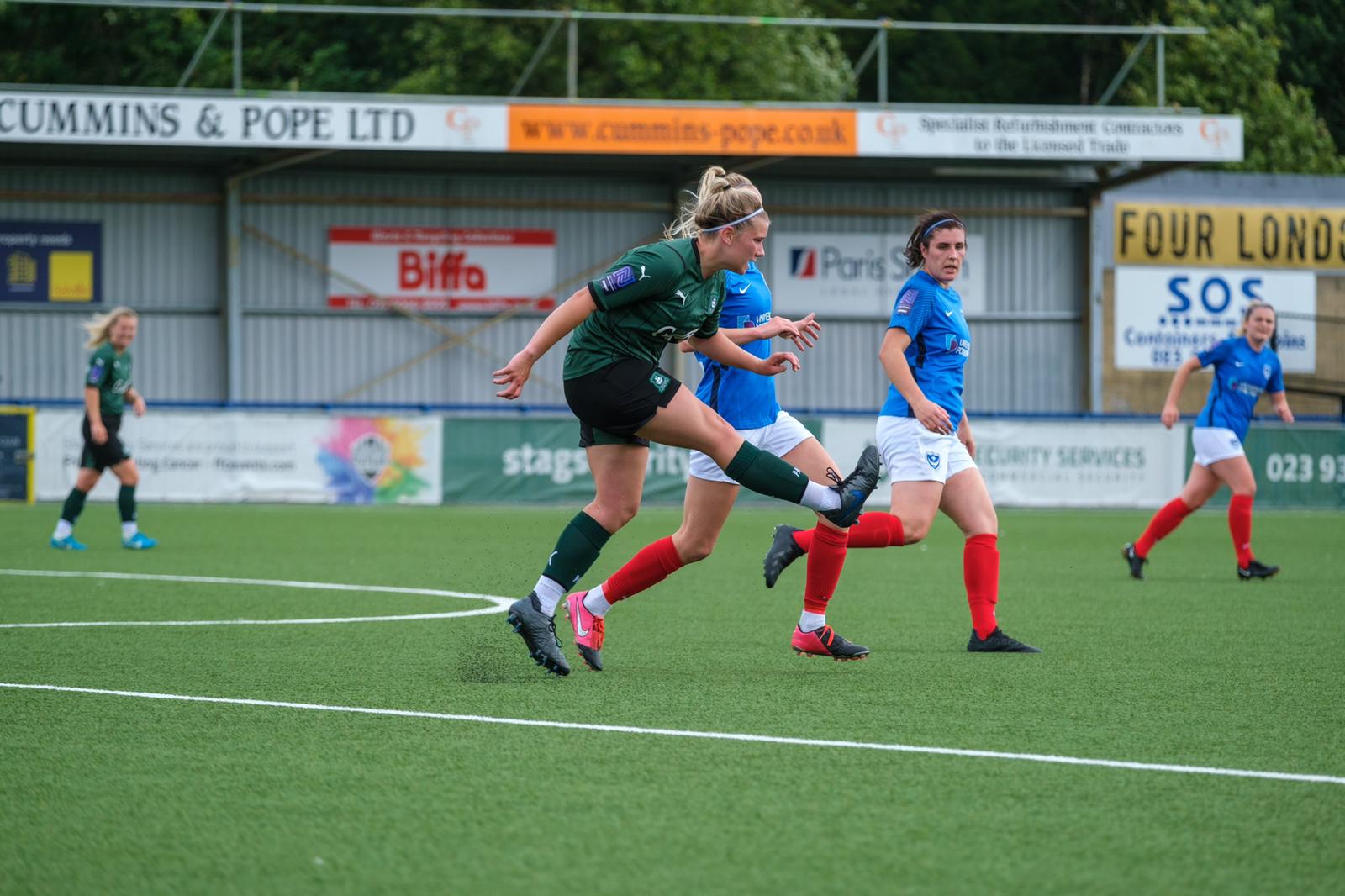 Argyle will have their first home game of 2022 against the opposition they started the season against, as they take on Portsmouth Women this Sunday at Manadon Sports & Community Hub.

In the reverse fixture, The Pilgrims fell to a 5-1 defeat against Pompey despite the scores being level at 1-1 up until the 71st minute, after which striker Cherelle Khassall struck four times against an Argyle side that was reduced to 10 players after Olivia Ramsey’s red card. The Argyle goal scorer was #10 Rebecca Dandridge, who Argyle will be hoping to be fit enough to make the squad for Sunday, having not played since our 2-0 win over Exeter City back in September.

After their opening win against Argyle, Portsmouth have a record of seven wins, two draws and four defeats after thirteen games. They currently sit seventh in the table, fourteen points away from leaders Ipswich and twelve points clear of the relegation zone.

In their last fixture, Pompey put in an excellent performance to hold leaders Ipswich to a 1-1 draw away from home after Evie Gane’s 68th-minute equaliser cancelled out Natasha Thomas’ opener. To make Pompey the only team to draw with Ipswich in the league this season.

The Pilgrims also started 2022 with an away trip, beating Cardiff 5-1 in Wales despite missing several players with Covid. It was a very attacking and energetic performance from Argyle, who will be hoping to continue that going into their game against Pompey. While top goal scorer Tash Knapman is likely to be back from Covid isolation, it will be tough for her to replace any of Argyle’s front three after excellent performances from goal scorers Gabi Alphous, Amber Pollock and an exciting debut from 16-year-old Mari Ward against Cardiff.

The Portsmouth fixture will also begin a run of three home games in a row, with a home tie against Cardiff the following weekend before our Vitality Women’s FA Cup tie against Charlton at Home Park on the 30th of January. Having started 2022 so well against Cardiff, the Pilgrims will be hoping to carry that momentum into the rest of the year and start picking up more points and moving themselves out and away from the relegation zone.

The game will be held at the Manadon Sports & Community Hub, Kick Off is at 14:30, tickets cost £3 and Under 3s have free entry. Tickets can be purchased online by clicking here.

Updates will be available on social media @ArgyleWFC