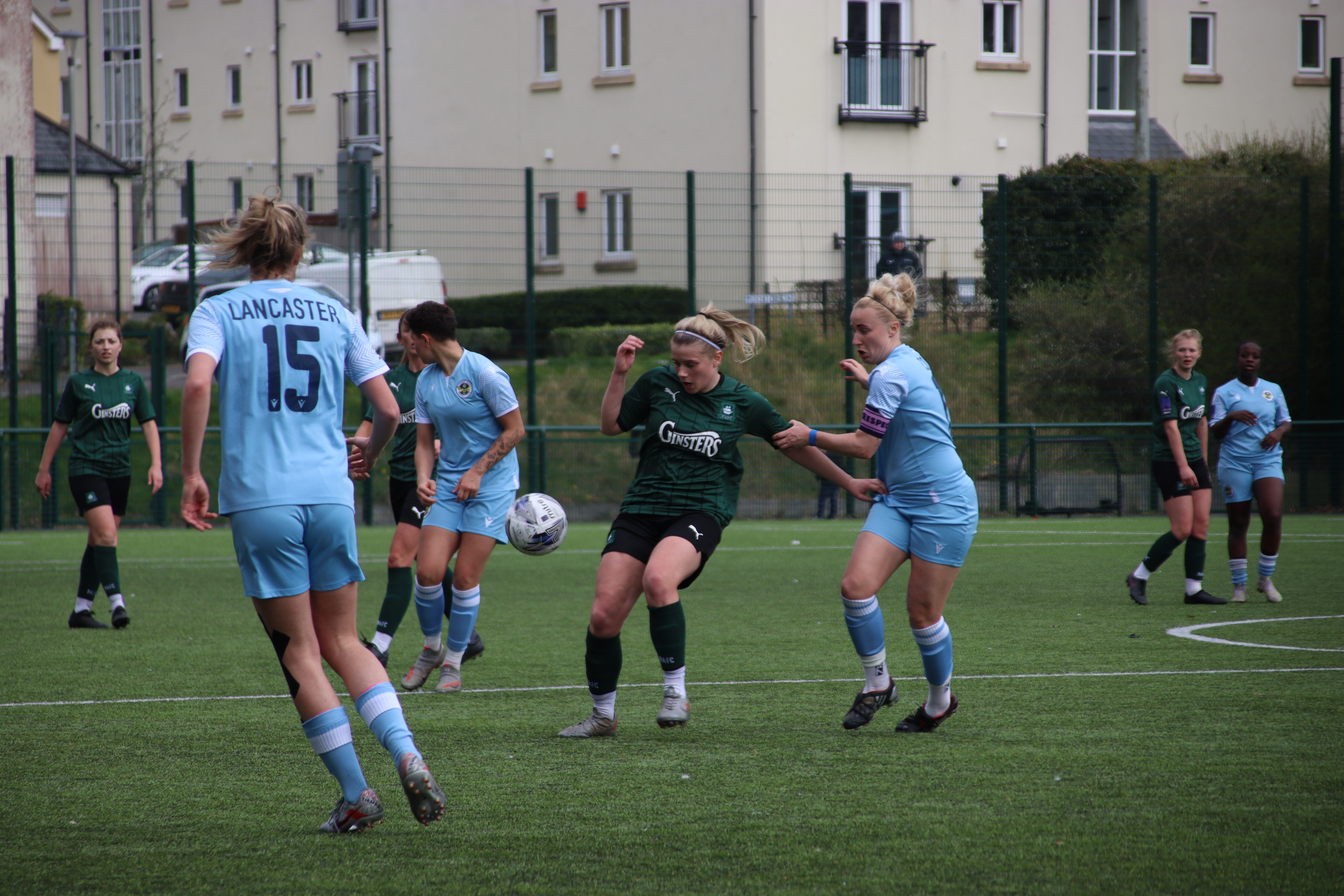 This Sunday, Argyle Women will travel to Crawley Wasps looking to bounce back from their 4-3 defeat to Crawley last weekend.

Despite being on the wrong side of a seven-goal thriller in their previous encounter, Argyle should have plenty of confidence based on the number of chances they created.

If they had been a bit more clinical in both boxes against the Wasps, it easily could have been Argyle who came away with the three points rather than their London opposition.

Captain Zoe Cunningham grabbed her 50th & 51st goals for The Pilgrims in the 4-3 defeat, and she should be in line for another milestone against Crawley as she approaches her 100th game for Argyle. It would be a well-deserved milestone for the midfielder who has been a vital player for The Pilgrims this season.

Top goal scorer Tash Knapman also moved closer to her 200th goal for the club, with her 14th goal of the season taking her to 195 in total; and with five games still to go, it wouldn't be a surprise to see Argyle's prolific striker reach the milestone by the end of this season.

With relegation rivals Cardiff not in action this weekend, a win could see Argyle move three points clear of the drop zone, but a defeat would see Argyle drop below them on goal difference and back into the relegation places. With fellow strugglers MK Dons picking up a comprehensive 3-0 win away to Portsmouth last weekend, it looks like the relegation battle will go right to the wire this season.

If Argyle are going to get anything from Sunday's game, they will have to work hard to keep Wasps' top goal scorer Iesha Swaby quiet after she scored her 13th goal of the season against The Pilgrims last weekend.

The Wasps' number 14 caused plenty of problems for Argyle's back three, but if they can keep her quiet on Sunday, it should give Argyle a great chance of getting a result away from home.

Midfielder Rebecca Dandridge continues her recovery from a knee injury and has been back in training over the last few weeks as she moves closer to a return to action before the end of the season.

The game will be held at The New Defence, kick-off is at 2:00 pm, tickets cost £6 for adults while U16s cost £2. If you can’t make it to the game, then updates are available on social media @ArgyleWFC