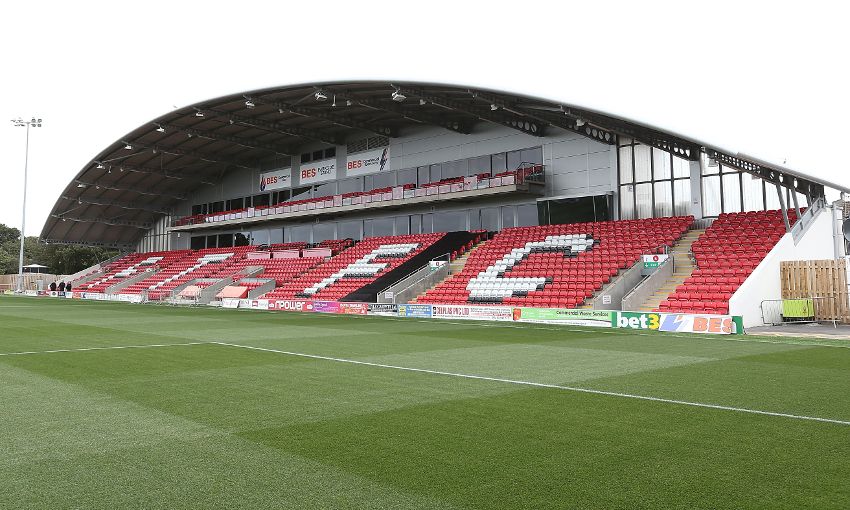 Argyle travel to the Fylde coast in England’s North West on Saturday, as The Pilgrims’ first away trip of the season is also their second-longest they will face in the entire campaign.

The Pilgrims, who began the season with a 1-0 home win against Barnsley, will face Fleetwood Town, who lost 2-1 on the opening day, away to Sky Bet League One newcomers Port Vale.

Fleetwood stayed in League One last season, but only on goal-difference, finished 20th, just one place above the dreaded dotted line.

Stephen Crainey took over as boss during last season, but has now returned to his previous role as under-23 manager. He has been replaced by fellow Scotsman Scott Brown.

Brown, a former Scotland international, played over 600 games for Celtic, and won ten titles, including nine under his captaincy. The tenacious midfielder moved on to Aberdeen, where he served as player/assistant manager before his retirement from playing earlier this year.

Notable departures from Fleetwood this summer have included influential midfielder Callum Camps, who has moved to Stockport, and Shayden Morris, who left Fleetwood on Thursday to move to Brown’s old side, Aberdeen.

Coming the other way are Josh Earl, left-back who left Preston North End this summer; Josh Vela, an experienced central midfielder who has played for Bolton Wanderers and Shrewsbury Town; and goalkeeper Jay Lynch, who has over 150 career appearances, all for teams in the North West and Greater Manchester.

Last season, Argyle drew 3-3 at Highbury Stadium, in a match they lead 3-1 heading into the 89th minute. Goals from Luke Jephcott, Joe Edwards and Niall Ennis had put the Pilgrims in a commanding position, but Ellis Harrison and Anthony Pilkington’s last strikes earned Fleetwood an unlikely point, after Paddy Lane had scored for them earlier in the match.

The Home Park fixture, earlier in the season, also finished in a draw, with Callum Camps’ strike cancelling out a goal from Ryan Hardie.

Schumacher Says
“It can get cold and wet and windy on that Fylde coast, so it’s a good time to go and play them. I’m looking forward to the game. I know our fans will travel in their numbers, so I’m really excited.

“From the players they had year, they have still got a good few that are quality players. Paddy Lane was outstanding against us last year, and scored a really good goal. They’ve got forward players that can hurt you. Ellis Harrison is always a threat when he plays against us.

“Scott Brown is the new manager; it’s a challenge going up against a new manager, like it was last week. You don’t quite know what they are going to bring, what their tactics are going to be, because they’ve only had one game. They didn’t have a good result against Port Vale, but they will be desperate to put that right. In front of their own fans their players will be up for it.

“It’s always a tough place to go, Fleetwood. Saturday will be no different.”

Argyle Team News
Steven Schumacher reports no change to injuries in the squad, meaning the likes of Mickel Miller, Conor Grant, James Bolton and Panutche Camara are unlikely to be involved. Jordan Houghton, though, returns to the squad, having served a one-match suspension against Barnsley.

Tickets
As of Thursday, approximately 700 tickets had been bought by the Green Army. Tickets are now no longer available from ArgyleTickets.com or the Home Park Ticket Office, but can be purchased on the day at Highbury Stadium. For more information, read our ticket story here.