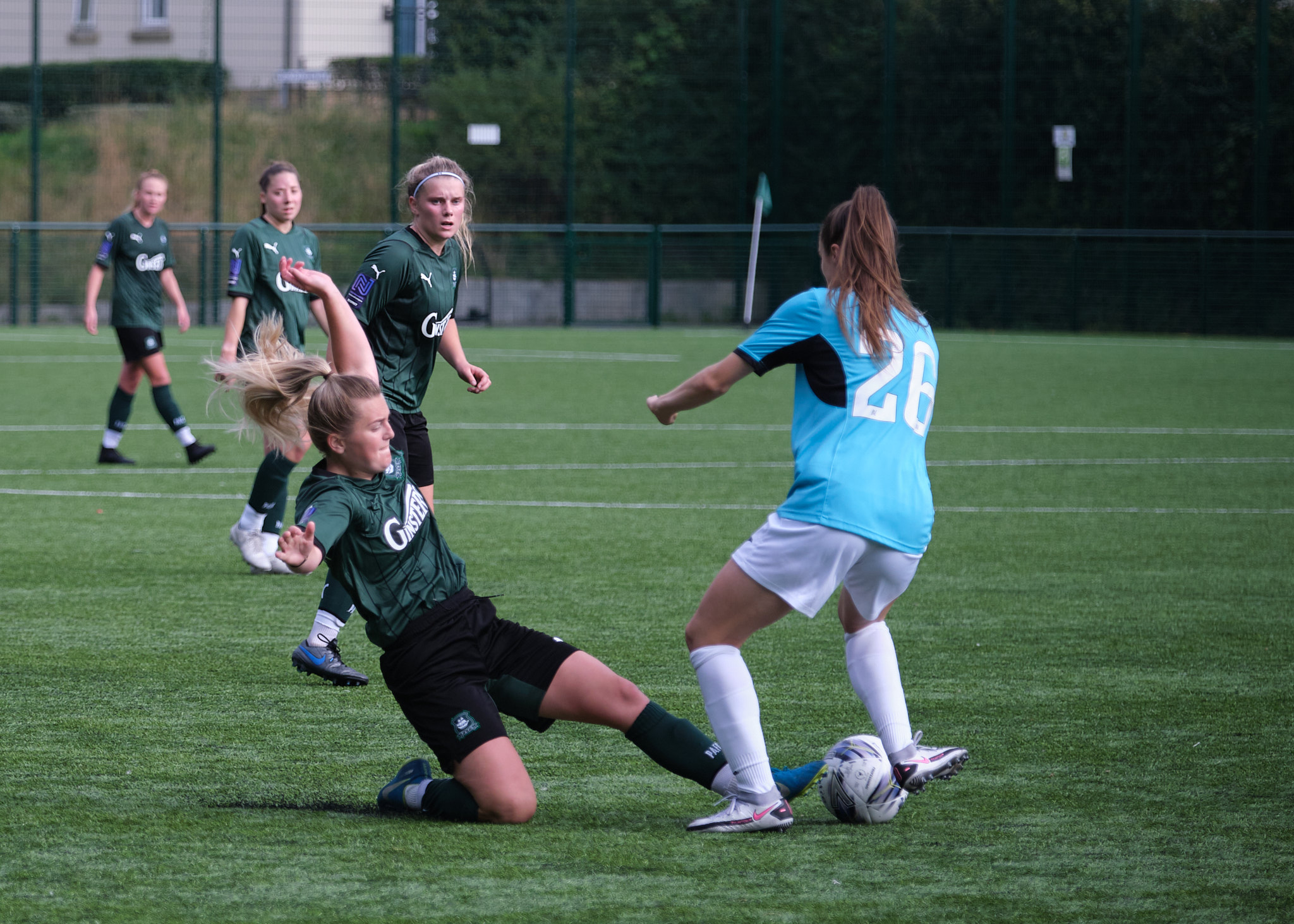 This weekend Plymouth Argyle Women are on the road again as they travel to take on Gillingham in the FA Women’s National League.

Having narrowly lost to Chichester & Selsey last weekend, The Pilgrims will be hoping to bounce back, but know they will face stern opposition in 4th placed Gillingham.

The last time the sides faced each other was back in September when the Gills inflicted a late 3-1 defeat on Argyle. The game was level up to the 83rd minute after Cunningham’s excellent free-kick cancelled out Russ’ 7th-minute opener. But Russ would score twice in the last 7 minutes of the game to complete her hat trick against an injury-hit Argyle side to give Gillingham the win.

Argyle missed several key players that day, with now first-team regulars Train, Knapman, Lane, Ward, Pollock and Hack all missing that day either through injury or having not signed for The Pilgrims before that game. Greek central defender Panagiota Papaioannou was also recovering from an injury and was forced to deputise up front after Gabi Alphous picked up a knock against the Gills.

The Argyle side that faces Gillingham on Sunday will look very different from their previous encounter with all the aforementioned players likely to be involved with the squad on Sunday. January’s player of the month, Mari Ward, should be back in the squad after missing out on Argyle’s last two games while away with England’s U16 squad. Ward will come into the game in plenty of confidence, having netted a goal and an assist on her international debut.

Having yet to lose a game with Mari Ward in the starting line-up, her return to Argyle’s attack will be a welcome boost after The Pilgrims narrow loss to Chichester in their last game.

Gillingham, in their last game, picked up a good point away to Bridgwater after a 0-0 draw to extend their unbeaten league run to five games. In that run, Gillingham have beaten Cardiff, Hounslow and London Bees while also holding league leaders Ipswich to an impressive 0-0 draw.

It should be a tight game between the two sides as Argyle look to return to winning ways against a Gillingham side that has been hard to beat this season, being tied with Ipswich, Bridgwater and MK Dons for having drawn the most amount of games in the league this season.

In contrast, Argyle have yet to draw a league game all season but will be hoping to pick up one or all three points on Sunday to move closer to safety.

The game will be held at the Rochester United Sports Ground, kick-off is at 2 pm, and tickets cost £5 for adults, and u16’s are only £1. If you can’t make it to the game, then updates are available on Twitter via @ArgyleWFC