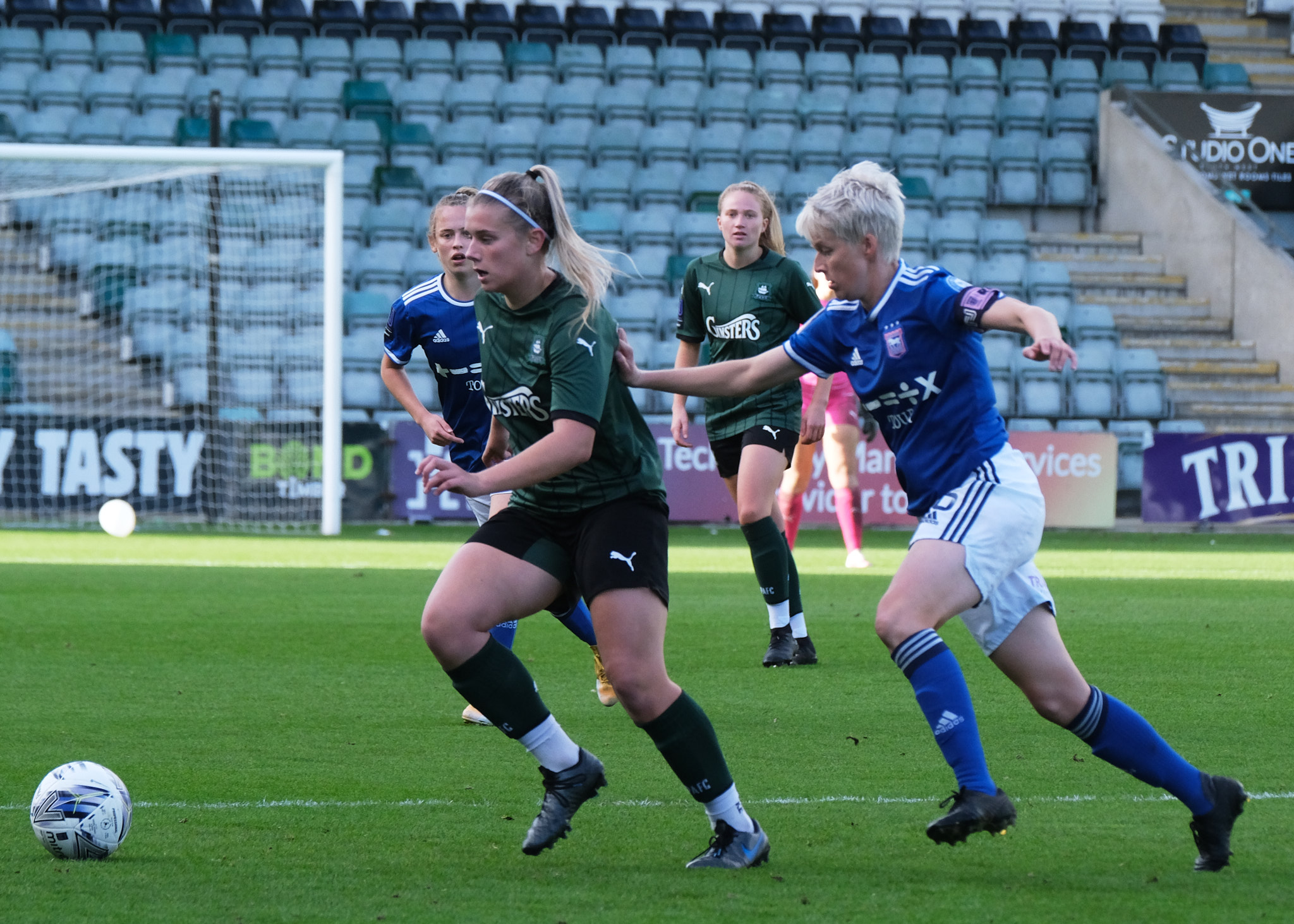 This Sunday, Plymouth Argyle Women travel to league leaders Ipswich Town as part of a doubleheader with the men’s team also travelling there on Saturday.

Argyle come into the game in their best run of form, having won their last four games, scoring 14 goals and only conceding twice in the process.

It is a run that has seen The Pilgrims propel themselves up the table, and last weekend they leapfrogged Cardiff City to move up to ninth place in the table and four points clear of the relegation zone still with games in hand on the teams around them.

Ipswich Town are also in fine form, having recovered from a brief drop in form that saw them lose to Oxford and drop points to relegation-threatened MK Dons earlier at the start of this year.

Since that result, Ipswich Town have won their last three league games without conceding a goal.

Last weekend Ipswich bowed out of the Vitality Women’s FA Cup after a narrow 1-0 defeat against WSL side West Ham United where Scottish international Lisa Evans' goal was enough to give the Hammers the win and progress themselves into the semi-finals.

In the league, Ipswich currently occupy the top spot, having opened up a four point lead on second-place side Oxford United following Oxford’s shock 1-0 defeat against MK Dons two weeks ago.

But with third-placed side Southampton having four games in hand over them, Ipswich know there is little room for error in the extremely tight race for the FAWNL Southern Premier Division title.

The last time Argyle faced Ipswich was back in October when Argyle fell to a 5-0 defeat thanks to four second-half goals which were added to Peake’s first-half opener to give Town the three points.

Argyle, however, have come on leaps and bounds since that game and will be looking to cause an upset against the league leaders.

In her place will be new goalkeeper Jasmine Read, who is set to make her first start for Argyle, having come on as a substitute earlier in the season during our 2-0 win over Hounslow. It could be a busy day for the Argyle keeper, but it should give her plenty of opportunities to showcase what she can bring to the side for the remainder of the season.

Striker Tash Knapman will also be hoping to continue her own personal record, having scored in her last six league games to take her tally up to 13 goals this season.

The game will be held at the Goldstar Ground, kick-off is at 2:00 pm, tickets cost £5 for adults, £3 concessions and U16s have free entry with a paying adult. If you can’t make it to the game, then updates are available on social media @ArgyleWFC